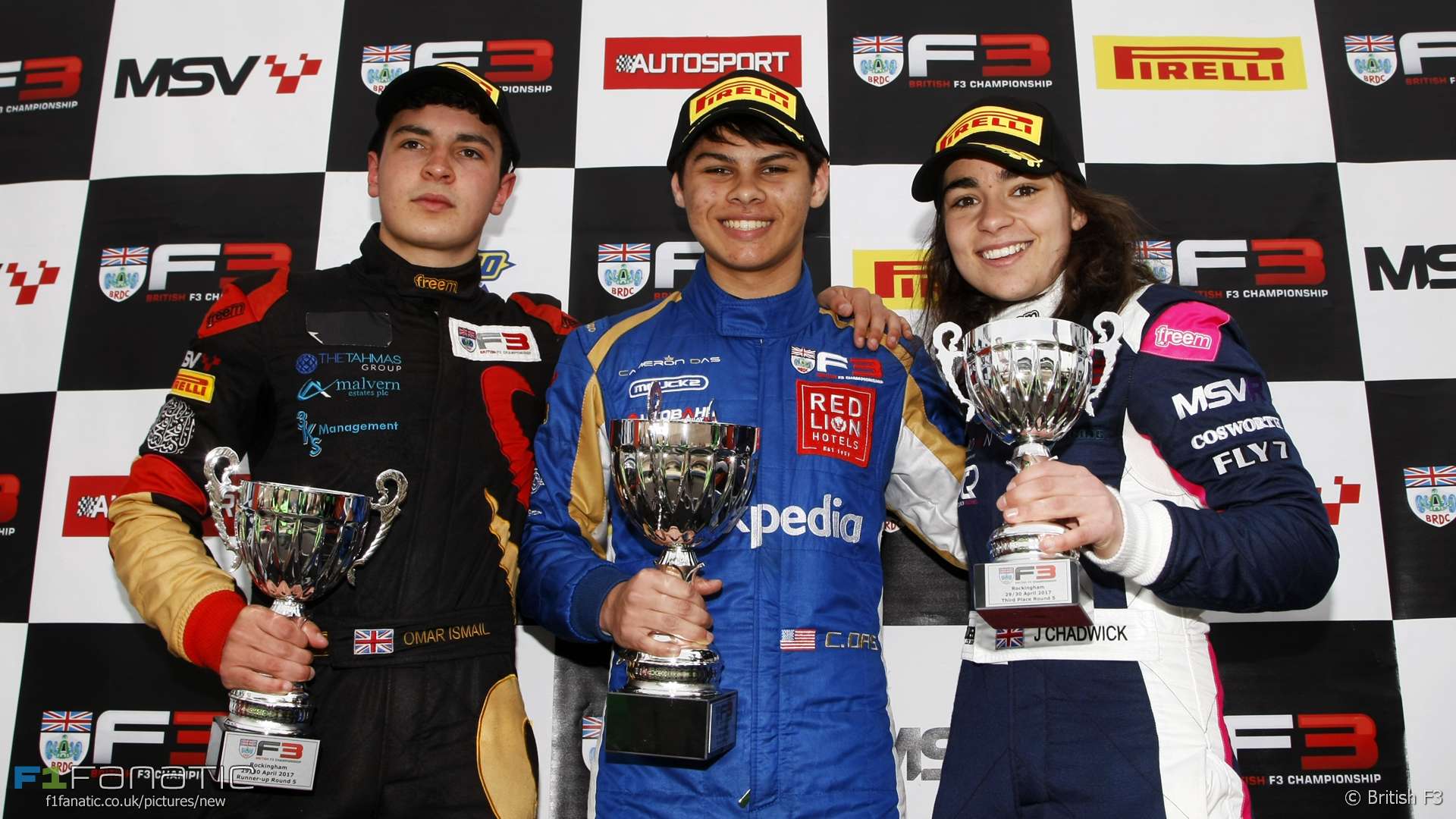 Following last week’s article on why few women racing drivers reach the top of motorsport we sought the view of one on whether having separate championships for men and women would be a step forward. British F3 racer and 2015 British GT champion (GT4 class) Jamie Chadwick gives her opinion.

As one of comparatively few women racers in junior single-seater categories I am frequently asked for my view on why so few of us get anywhere near racing an F1 car.

My response is always the same. From my personal experience and knowledge of the sport, I have never experienced any issues that would exclude me from making it to the top in motorsport. That’s not to say there wouldn’t be enormous hurdles, but there is no ‘glass ceiling’ that makes me think I have limitations – aside, that is, from the same difficulty many young drivers face – the necessary and significant financial support.

The factors that make a great driver are numerous – hard work, total dedication, physical and mental fitness, communication skills, natural talent, good management, a front-running car – and much more. But, if all of that can be achieved then gender should be irrelevant. Although it has yet to be demonstrated, there is no reason why a woman cannot get to the top of this, currently, male dominated sport

Which is why, when the idea of an all-female race series comes up, I, like so many other female racers, am completely opposed to it.

I do understand the argument for it. The ratio of men to women in motorsport is far from balanced. It’s possible that if more women had started competing in motorsport earlier we would already have separate, segregated championships, as is the case in football, tennis, skiing and, in fact, most sports. And, I can see why it might be popular. Motorsport relies on its media profile to attract viewers and sponsors and a female grid would be a refreshing new angle – but it could also be seen as a frivolous and less serious championship – more to do with entertainment than the best cutting edged racing.

It’s also true that, because racing drivers need so much financial backing to progress, many talented drivers and, in particular females, competing in the lower ranks never get the opportunity to prove themselves on a bigger stage. Like men, women can accelerate their progress to the top if they have wealthy sponsors. Additionally, some may capitalise on the fact they ‘look the part’. With an all-female series, it might well be easier for the talent to rise to the top.

However, what I like about motorsport is the opportunity for women to be able to compete on equal terms alongside men. This is almost unique, and it would be a great shame to ever lose it.

If I don’t qualify on pole because I braked, say, 10 metres too early into a turn, or missed an apex or a gear – these are mistakes not my gender’s. I have to make sure I’m quicker and make fewer mistakes than my competitors.

Although no female has started an F1 race for decades, women have proved that they are certainly capable of doing so. Most recently Susie Wolff showed it is physically possible for a female to complete a race distance in an F1 car. The likes of Danica Patrick, Tatiana Calderon and Simona De Silvestro – to name just a few – have proved it is possible for us to run at the front in top level motorsport. And, like most females, I want to be the best I can possibly be – the best in the world if possible, but to achieve that I need to be competing against the best drivers in the world male and/or female.

The recent furore over grid girls has hopefully demonstrated that F1 cannot be seen to be sexist, and those in charge can now turn their attention to the need to increase the number of women who compete behind the wheel. We can do the job without our own race series.

54 comments on “A separate championship for women? No: Girls want to race guys”