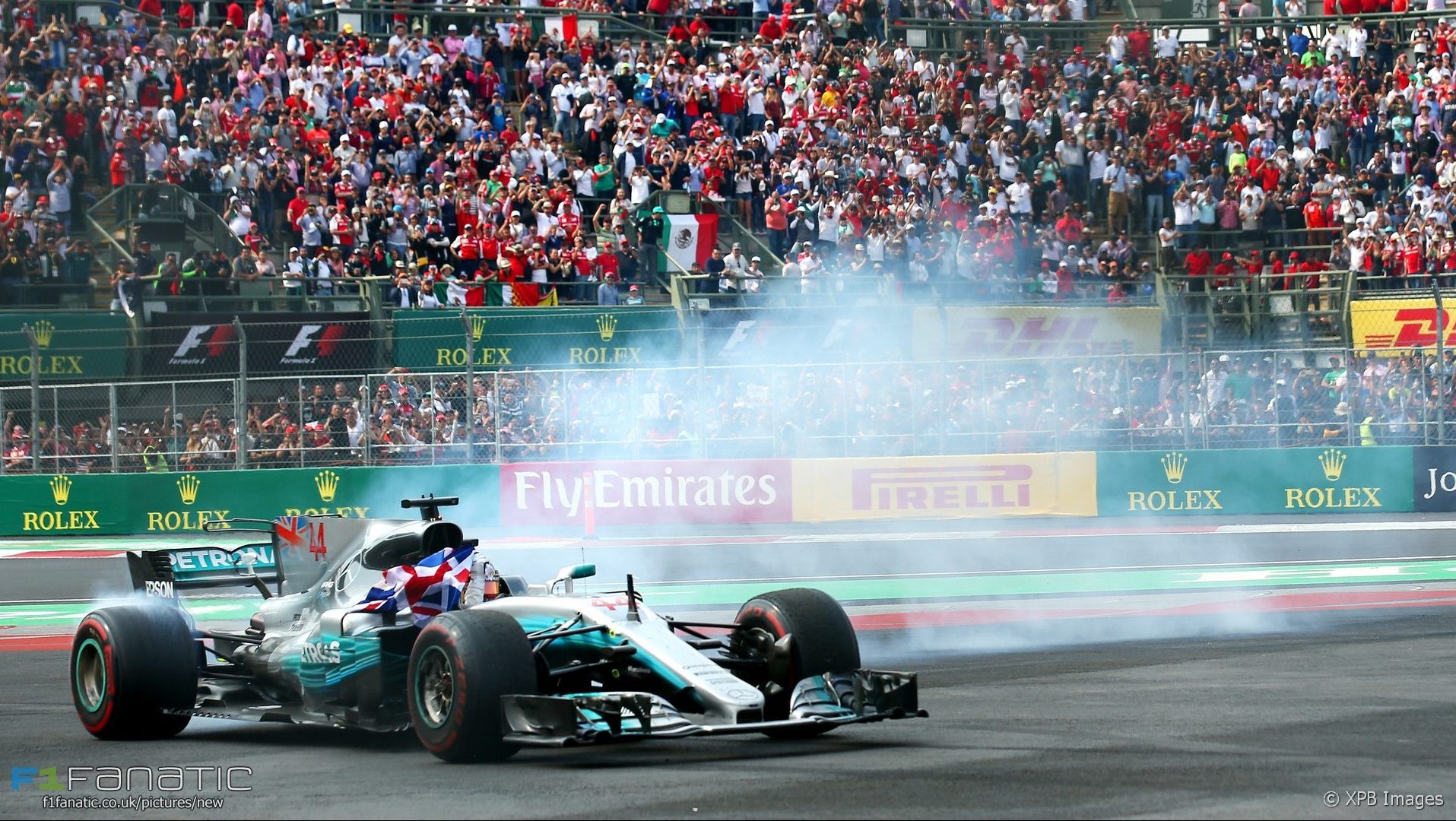 Since the current engine regulations were introduced in 2014 Mercedes have had things their own way. But in the fourth year of the formula a major overhaul of the aerodynamic rules disrupted their supremacy.

In previous years either Ferrari or Red Bull had taken occasional wins. This time both did, keeping Mercedes from the top spot a total of eight times. That they still managed to win more races than everyone else put together, and this was taken as an indication of them having a tough season, shows just how easy life was for them between 2014 and 2016.

The pre-season shake-up was made more difficult for Mercedes This by Nico Rosberg’s sudden retirement five days after the end of last season. Not until the new year were Mercedes finally able to announce Valtteri Bottas as his replacement.

When testing began Mercedes found their W08 was reliable but difficult to get the best out of. The sheer length of the car – Lewis Hamilton described it as being “like a boat” – meant it proved ill-suited to some track layouts and it especially struggled in higher temperatures. It took until well into the second half of the season for the team to master these challenges.

Team principal Toto Wolff dubbed the W08 a ‘diva’. Newcomer Bottas found he could live with its bad days better than Hamilton. The latter had off-weekends in Russia, where Bottas scored a breakthrough win, and Monaco. “The first half of the season was maybe a little bit up and down in terms of extracting maximum performance out of the car,” Hamilton conceded.

Nonetheless both drivers amassed enough points to keep in touch with early leader Sebastian Vettel. Indeed Bottas did so well the team continued to give both drivers equal treatment in the title fight approaching mid-season: Hamilton had to relinquish third to Bottas in Hungary after the pair had swapped places.

Even so this was a strong season for Hamilton who seemed to raise his game. Perhaps it was the absence of Rosberg, perhaps it was the resurgence of Ferrari and Vettel. He produced top-drawer wins in Spain, overtaking Vettel for the win, and Belgium, where he defended excellently against a faster Ferrari to stay ahead.

But from then on Hamilton was back to his best. He said he was “really able to hit the nail on the head most weekends and get the car where I was able to exploit the car’s potential and my potential on a consistent basis.” This soon coincided with a sharp downturn in fortunes at Ferrari, suddenly propelling Hamilton into an uncatchable points lead.

Even by the end of the year Mercedes had not re-established anything like their previous dominance on a regular basis. Though they won emphatically in Abu Dhabi, the previous two races went to their rivals.

One variable which did not change all year long was their strength in qualifying. The team still have a not-so-secret weapon which allows them to extract more performance from their engine for a single flying lap. Hamilton made best use of this, breaking Michael Schumacher’s all-time record for most pole positions.

Are Hamilton and Mercedes going to continue writing new records together? It would be a brave individual who bets against them refining their capricious 2017 package into something even more potent.