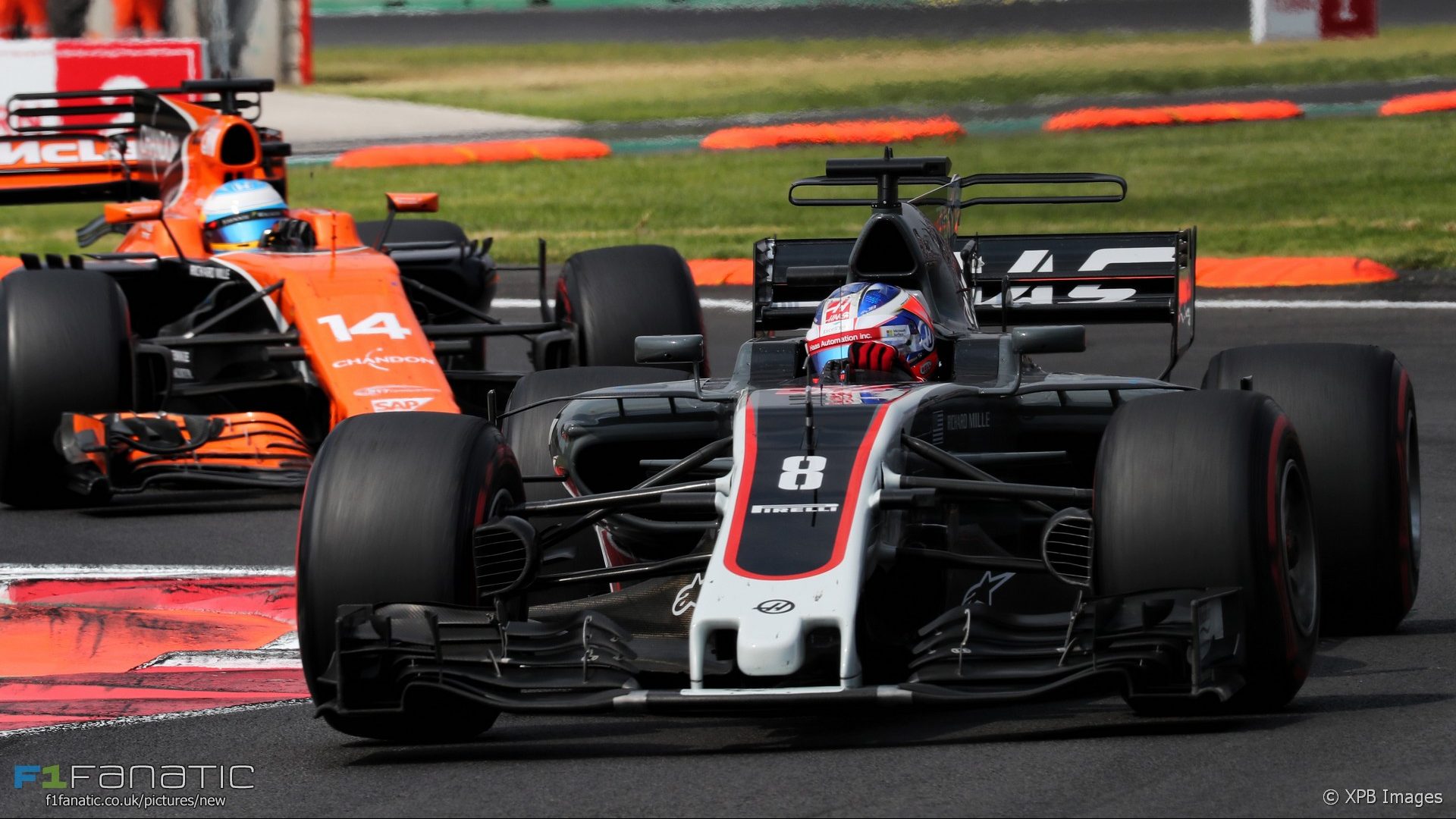 Haas team principal Guenther Steiner believes the stewards always respond to complaints from Fernando Alonso after one of his drivers was penalised in the Mexican Grand Prix.

Romain Grosjean was given a five-second time penalty for going off-track and gaining an advantage at turn 14 while fighting with Alonso. The McLaren driver repeatedly urged race director Charlie Whiting to penalise his Haas opponent.

Steiner praised Kevin Magnussen for keeping Alonso and Lewis Hamilton behind in the closing stages of the race.

“I think he’s a racer,” said Steiner of his driver. “That’s why we took him on because we want to go out there and race and fight.”

Magnussen has been criticised by other drivers, including Alonso, for his aggressive moves on the track. Alonso called Magnussen an “idiot” and remarked “Hulkenberg is right” following a run-in with the Haas driver at Sepang, referring to Hulkenberg’s description of Magnussen as the “most unsporting” driver.

“Even if you get critiqued because you fight you don’t have to give up,” Steiner told TV3. “Because everybody [says] ‘he’s the bad boy’, they want to knock him down or break him. But he knows that, he knows if he wants to come up you have to behave like this and maybe they knew that he wasn’t going to move.”

“He wouldn’t open the door to Alonso and he knows that now. Because normally he cries like a baby like he did with Romain. And somehow he gets always the FIA stewards to listen to him. But I don’t think he even tried it today with Kevin because there was no point, he knew he wouldn’t give it up anyway.”

Magnussen was “at his best”

Steiner described Magnussen’s run to eighth place as “one of the best drives of the year” so far. “To hold Alonso off and Hamilton, it’s cool you know.”

“I think we deserve it,” he added. “It was a happy end to quite a difficult weekend. Everybody kept their head up, there’s no point to get down on it. We know that we always come back. We don’t make it easy for us to be honest.”

Magnussen also had to contend with technical problems during the race, Steiner explained.

“We had also some engine issues which he had to manage. Which is very distracting, if you fight with some of the best here in Formula One and you have to continuously swap or switch some buttons you’d think there is a point when he gets distracted and maybe makes a mistake but he kept it well under control.”

“And thinking that Alonso was on the ultra-soft tyre it was amazing. I just think he was at his best.”

Haas out-scored Renault and Toro Rosso, the two teams immediately in front of them in the constructors’ championship, and the trio are covered by six points with two races left to run.

“I would have never thought that we are in this position to talking about points and be one point from Renault,” said Steiner.

“Let’s take how they come, do our best job, keep everybody motivated and try to do the best. Everything is possible and you can lose everything. I don’t calculate too much because it doesn’t mean anything. We just need to go out there and race and try to get them.”