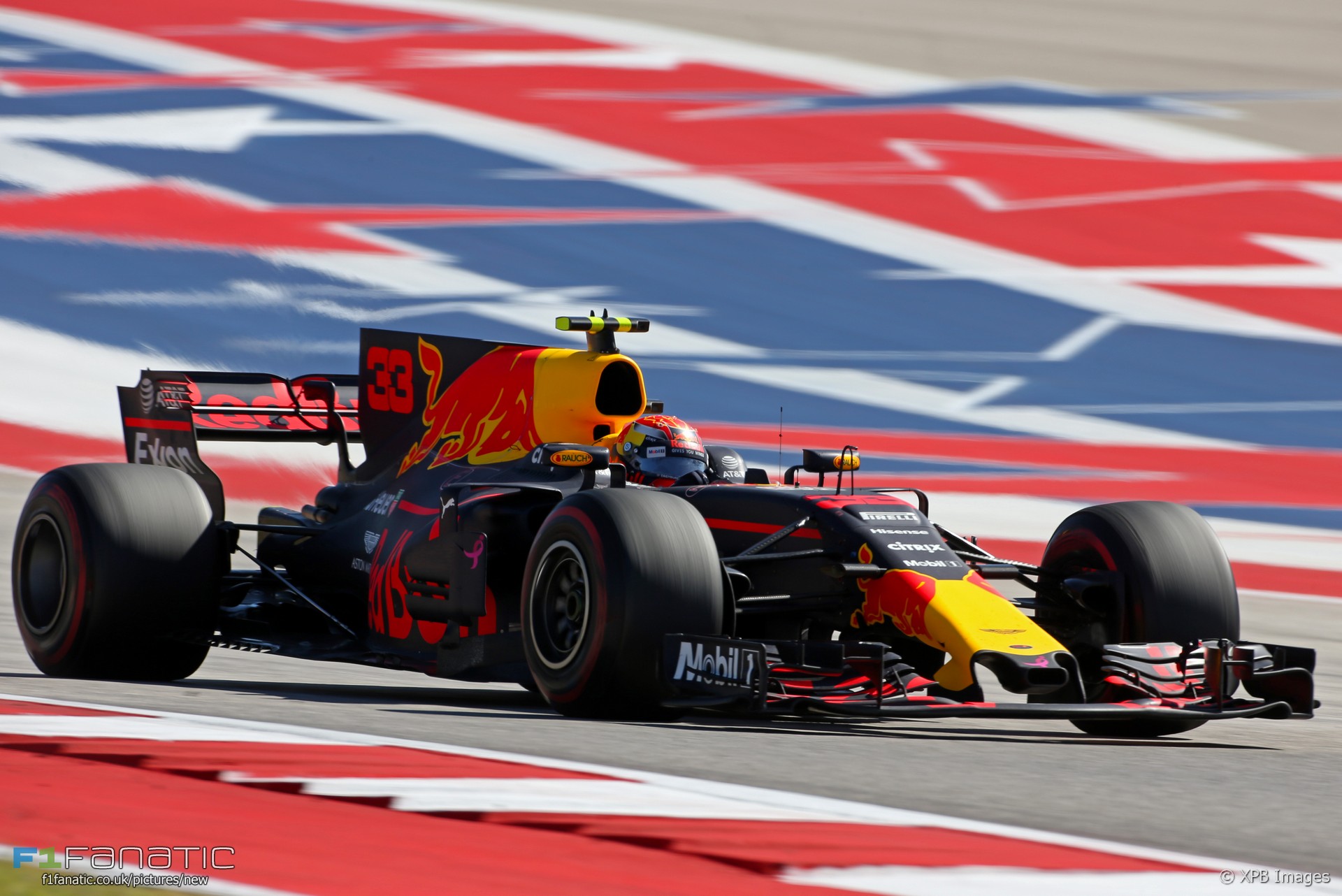 Daniel Ricciardo said he could understand the FIA’s decision to penalise his team mate for going off the track while overtaking Kimi Raikkonen in the United States Grand Prix.

However Ricciardo also said he understood why Verstappen tried the move in the first place.

“If there’s a gap or a little advantage you can get somewhere, you’re going to take it,” said Ricciardo.

“Especially last lap, obviously you see a podium as well, it’s like bang, I’m going to do what I can to get this podium. It’s kind of instinct and in a way heat of the moment.”

Ricciardo drew a contrast between the stewards’ view on his fight with Valtteri Bottas and the verdict on Verstappen incident.

“I tried to pass Valtteri in turn one, we touched a bit and I kind of pushed him wide. He went off the track but kept his position but you could argue he went the longer way around, and I made contact and maybe forced him there.”

“So I think if you’re going the long way around you can’t really say you’re cutting the track. But obviously if you go the shorter way around then there’s a bigger argument. So I think that’s one thing people need to understand. I don’t really know much of the debate but cutting it on the inside is a bit different to going off on the outside.

FIA race director Charlie Whiting confirmed the stewards take a different view on drivers cutting corners to running wide on the outside of them.

He told Sky “there was no other incident at that part of the track” where Verstappen passed Raikkonen.

Whiting refuted claims the rules had not been implemented consistently. “There is consistency where, with emotions running high, it’s easy to say other drivers went off and weren’t penalised, only Max was penalised,” he said.

“Only Max cut a corner.”

“If you look at previous examples of drivers cutting a corner, not running wide on the exit but cutting the corner, [Jolyon] Palmer was penalised in Monza, [Sergio] Perez was penalised in Spa, for doing exactly the same thing. As far as I can see, there is complete consistency.”

37 comments on “Ricciardo: Verstappen was penalised because he cut the corner”