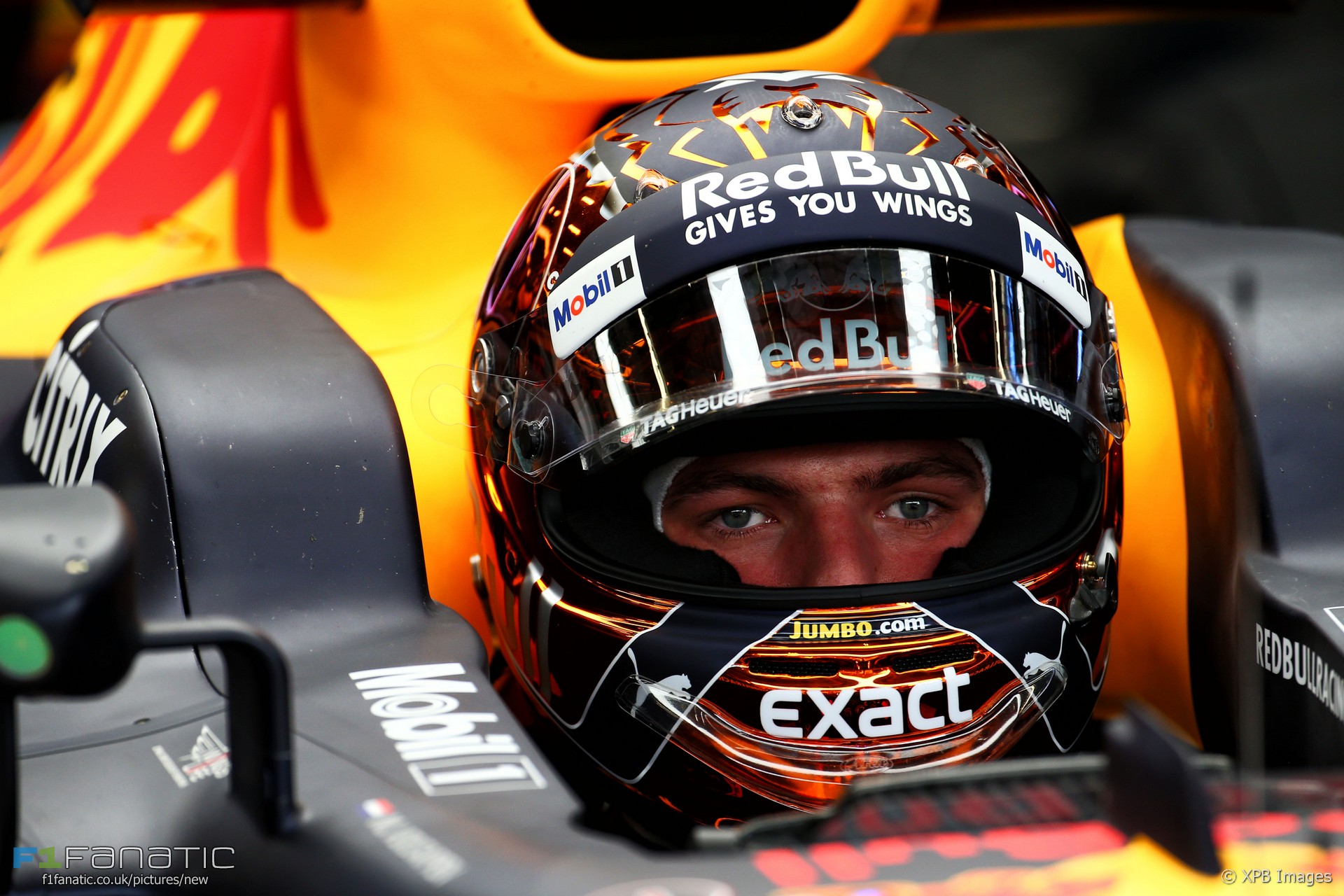 Max Verstappen disagrees with the stewards’ view that he gained a “lasting advantage” in his off-track last-lap pass on Kimi Raikkonen in Austin.

The Red Bull driver said he has not changed his mind about the penalty which cost him a podium finish in Sunday’s race.

“The punishment was not correct because everybody was running off the track in turn 19, eight and nine, even in turn six when you were behind someone you were cutting the inside, a lot of cars were doing it,” he said.

“I think also the fans like it a lot, it was a great move. And then they tell you you are gaining an advantage while overtaking someone.”

Verstappen said the initial reason he went off-track was “to avoid an accident” with Raikkonen.

“I think at one point he realised I was trying to overtake him and he tried to close the door,” Verstappen explained. “So you have to avoid it a bit.”

“And then of course the Austin track gives a lot of possibility to run on the inside, like you could see the whole weekend.”

Verstappen defended his response to the incident, in which he described one steward as an “idiot”.

“I think it’s quite normal that a get angry,” he said. “Of course I could’ve used a few different words but at the end of the day I think the decision is not correct.”

However Verstappen refused to be drawn on which of the four stewards last weekend he was referring to. “I don’t want to name any names,” he said.