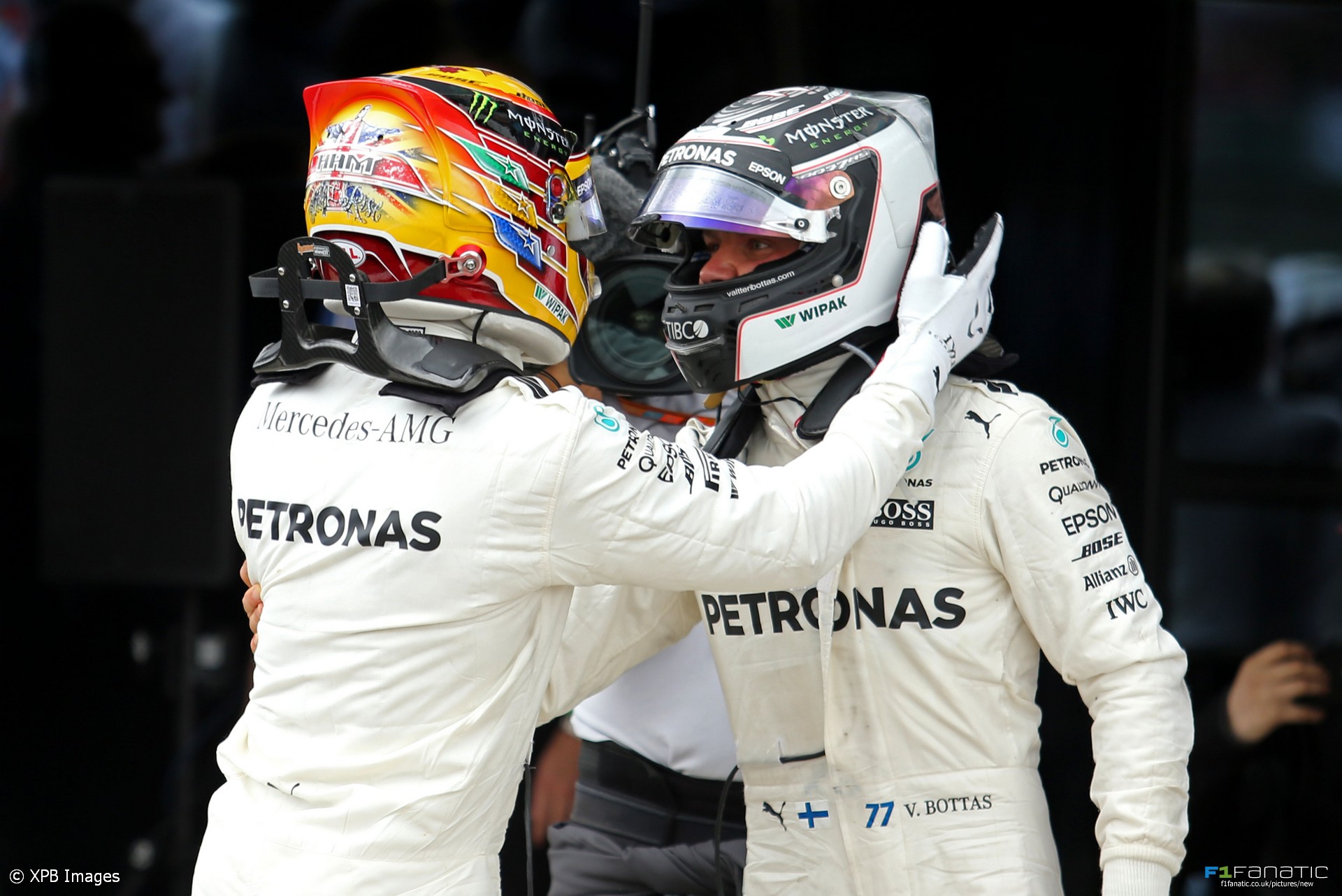 The team has a 150-point lead over Ferrari following today’s race which means they are now un-catchable.

The Brackley-based team has retained the title it first won in 2014 and hasn’t lost since. Team executive director Toto Wolff praised the team’s factory members in Brackley and Brixworth in the UK for their achievement.

“I am so proud of what has been achieved,” said Wolff. “Winning across a rule change, something has never been done before in the sport, and doing it because every team member has dug deeper to find performance, been even more diligent on reliability and this has come together in the most special way.”

“We had the quickest car out there in the race today – Lewis did a faultless job, picking off Sebastian [Vettel] and then managing his one-stop strategy to perfection.”

“Valtteri [Bottas] had a tougher time: running in dirty air meant he couldn’t convert his good pace into what would have been a deserved podium finish.”

“But overall, we must be satisfied that we have got half of the job done today; one title down and one more still to win. Our target must to be to keep our foot on the gas and win each of the next three races.”

Hamilton said the team had made “an incredible push for this kind of performance this year.”

“We really pulled together more than I have experienced and seen over the last five years to create something quite special.”