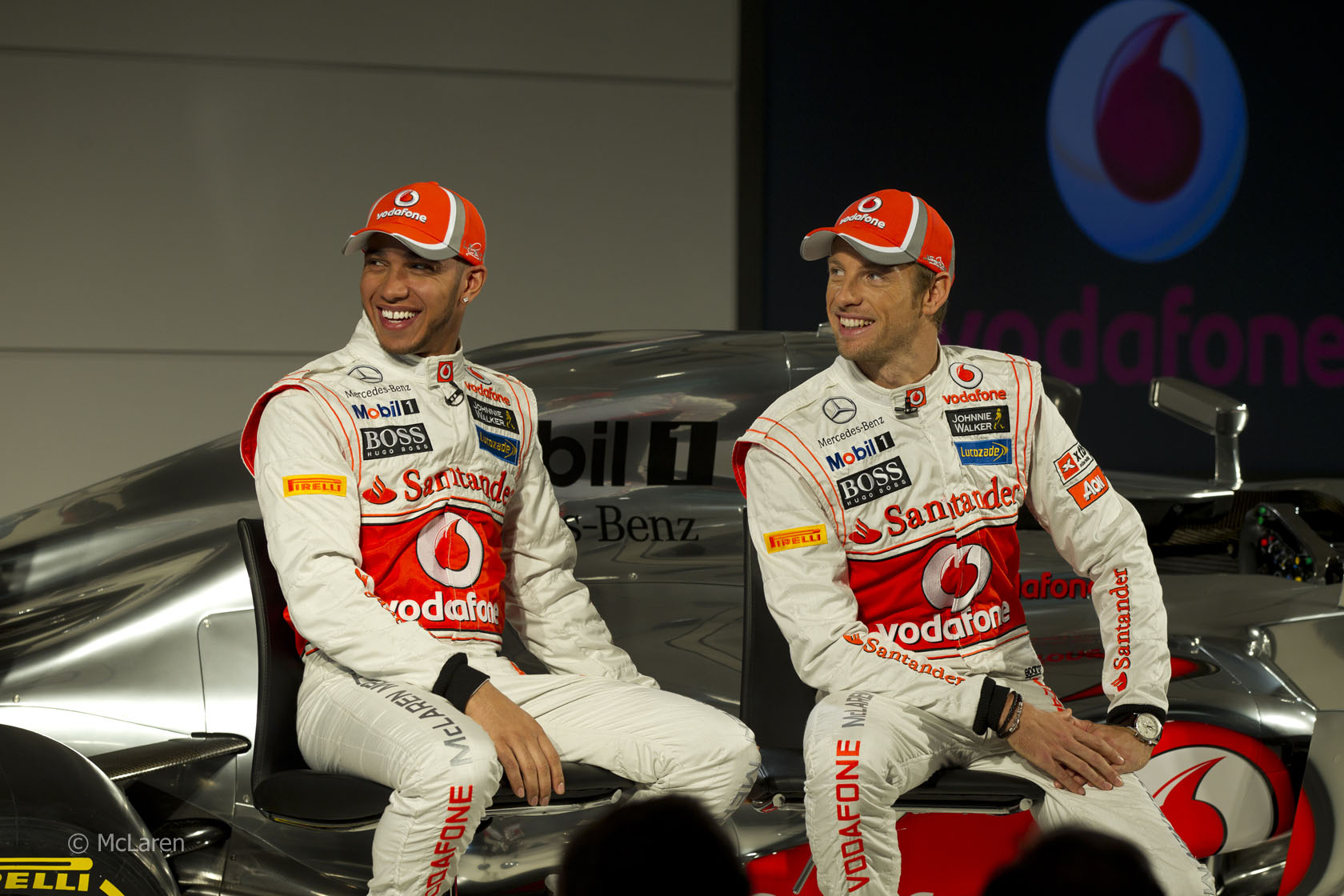 Jenson Button has revealed details of his relationship with Lewis Hamilton while the pair were team mates at McLaren.

The pair drove alongside each other from 2010 and 2012, until Hamilton left to join Mercedes.

In an extract published today, Button recounts his amazement at discovering Hamilton had publicly released the team’s telemetry information social media to show why Button had out-qualified him at Spa in 2012.

“Quite what was in his thinking, I couldn’t say,” wrote Button. “Certainly any displeasure he was showing was aimed at the team, not me, but I ended up being collateral damage because you don’t make telemetry public. You just don’t.”

“I wasn’t gasping in horror concerning his use of ‘WTF’ [‘what the fuck’],” Button added. “I like to see drivers expressing themselves.”

“The screengrab showed the kind of things you work hard to keep hidden from your rivals. I made my feelings known about that. The official version was that I was ‘disappointed’. Had I gone with my unofficial reaction it would have made ‘WTF’ seem very tame indeed.”

“But at the same time I knew it wasn’t personal. Bit dumb maybe. But not an ‘I hate Jenson’ thing so much as an ‘I’m fed up with McLaren’ thing.”

Button revealed Hamilton also challenged him over whether he ignored an order from the team not to overtake him during the 2010 Turkish Grand Prix when the pair were running first and second.

“He came straight out and asked me about it: ‘Did you pass me against team orders?’ He was the winner. Jesus.”

Button described Hamilton’s decision to leave McLaren for Mercedes as “a shame” because he’d “enjoyed our rivalry.”

“Off the track, however, he was still being a bit weird.”

Button’s autobiography “Life to the Limit” will be published on Thursday.

136 comments on “Button: Relationship with Hamilton got “weird” at McLaren”