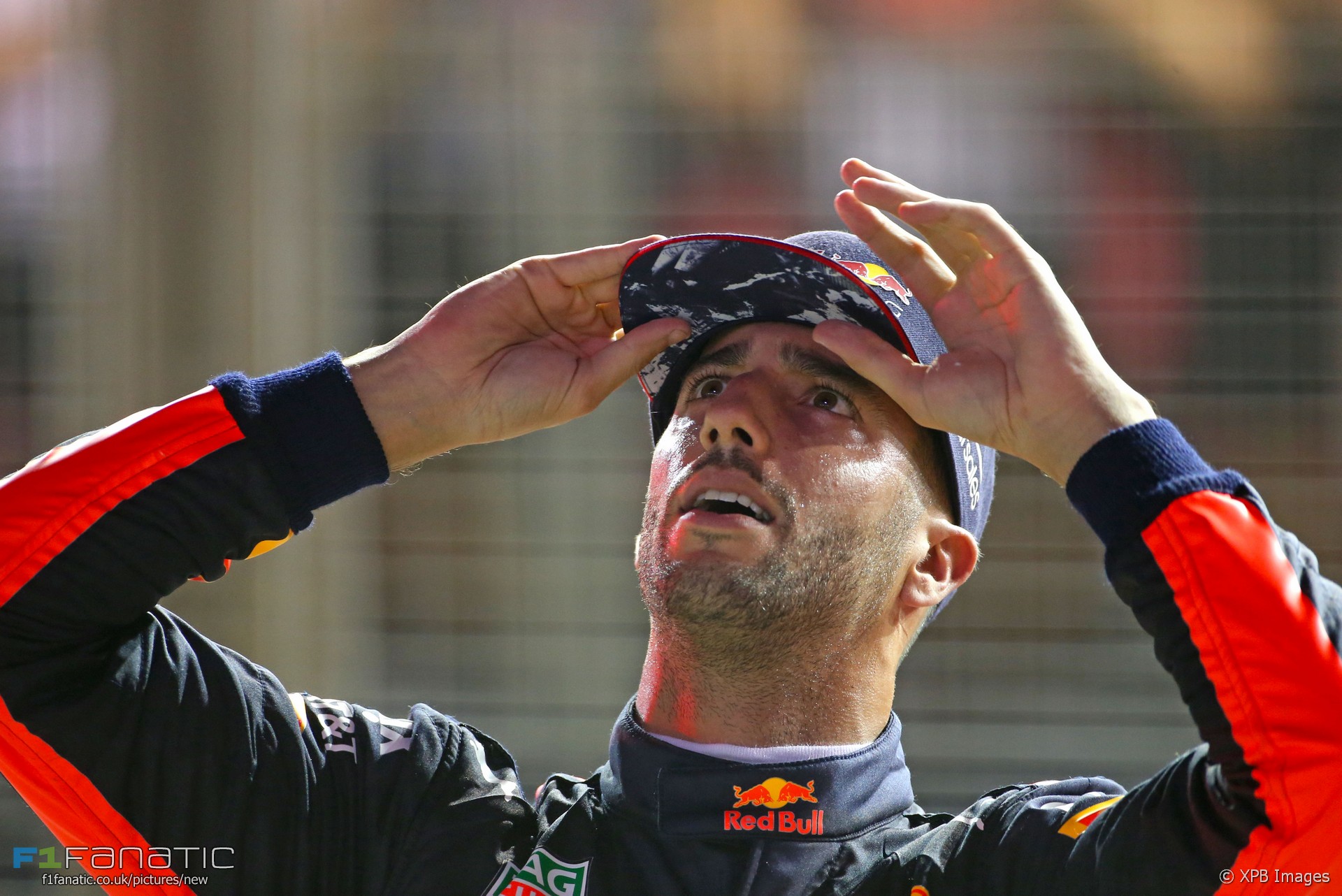 In the round-up: Daniel Ricciardo says he needs to see Red Bull is in a position to compete for the championship in 2019 if he is to remain at the team.

"If we don’t get the world title next year then there needs to be obviously be signs that we can definitely fight for it in ‘19."

"It needs to be packaged with more than just 22 cars in one race. It needs to be with F2 and F3, where our own drivers can participate."

"For the team, it is important to win the drivers’ championship. I will just focus on trying to get Sebastian, and I am sure the team is behind me as well. I am not thinking too much about the gap to Lewis."

"But it is now focusing on Kubica, current driver Massa and reserve di Resta."

"F1 needs a strong McLaren, at the heart of which is Alonso, who will visit the factory this week where it is expected he will finalise a new deal with the team."

"Valtteri Bottas has revealed that his eyesight began to suffer in the closing stages of Sunday’s Singapore Grand Prix as a result of dehydration."

Thanks to Ben (@TheGiantHogweed) for the tip!

To keep roaring for S’pore, F1 needs to raise its game (Today Online)

"Now that Malaysia’s Sepang circuit is no longer continuing with their F1… we will be the only F1 race in the region and will have even better turnouts."

"It’s going be a big push and hopefully we can still continue the programme with testing with Toro Rosso next year, and see what 2019 brings."

"The accident was triggered by Sebastian's movement to the left, of course you can call this a racing incident, but in this case it was Sebastian's fault."

Looks weird, but it's a great exercise to strengthen and stabilize your head. 🤓 pic.twitter.com/UjOlG177QI

That crash one week ago continues to raise debate:

It was a racing incident, however for Vettel it was one hundred percent avoidable. His target was to finish ahead of Hamilton to re-take the lead of the championship. Except he took a characteristic defensive lunge across the track (nothing wrong with that). Bottom line: if Vettel had shown some caution he would have been rewarded him there.

Hamilton knows in the same situation he would more than likely have come out the corner in one piece, albeit having relinquished the lead. Yes, a racing incident, but it was a rash move from Vettel considering the stakes.
@Ju88sy