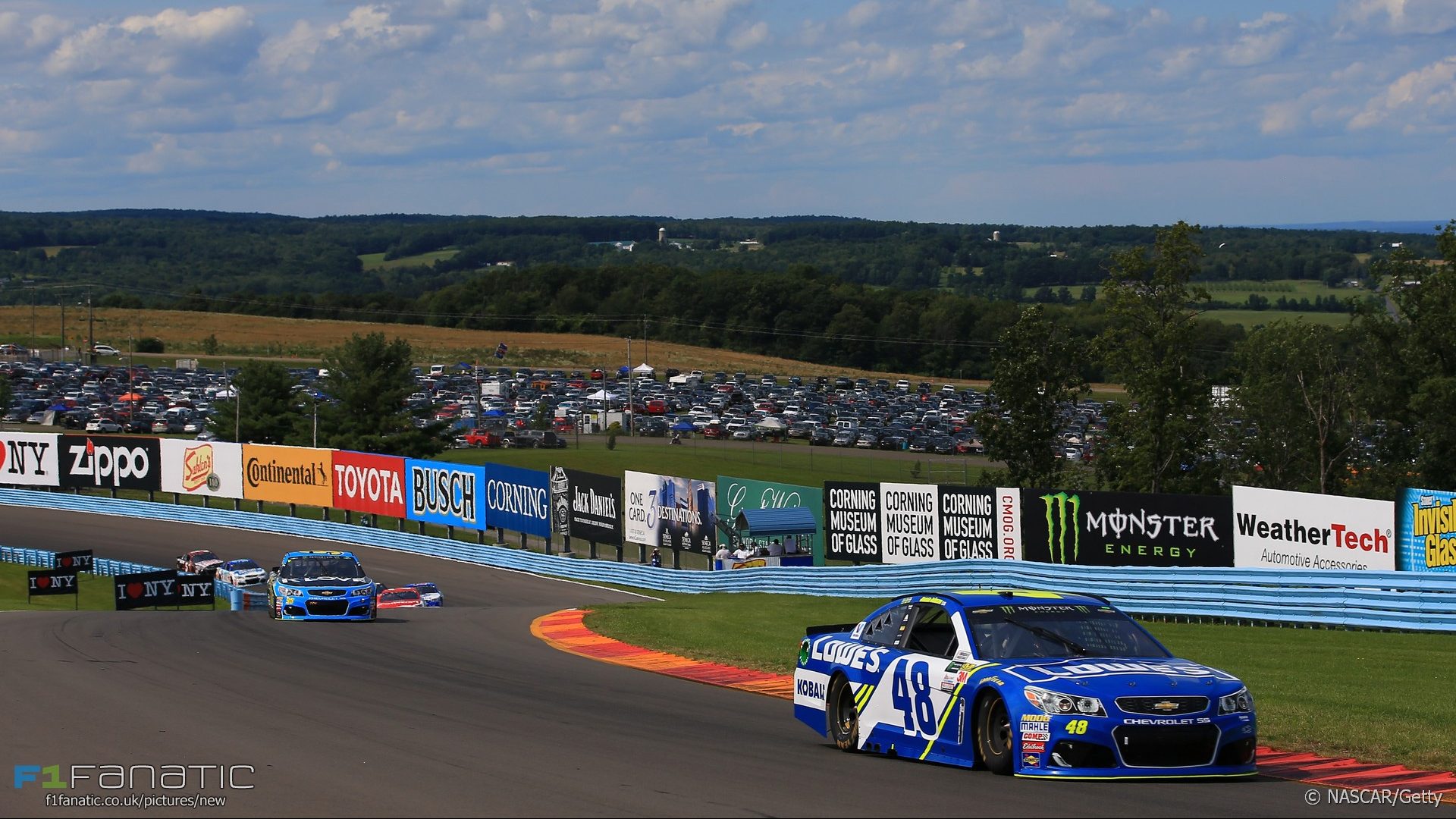 Martin Truex Jnr took a calculated gamble to let Brad Keselowski and Ryan Blaney overtake him in the final laps at Watkins Glen as the Toyota driver tried to save fuel. It paid off: First Keselowski then Blaney dropped back as they started to run low, leaving Truex to claim his fourth win of the season, more than any other driver.

Third in 2015, second in 2016, first in 2017? That’s how things are looking for Johan Kristoffersson following his third consecutive win of the season in World Rallycross. The Volkswagen driver took the chequered flag first ahead of two-times champion Petter Solberg and Sebastien Loeb. Kristoffersson now has a 35 point lead over Solberg at the top of the standings.

The IMSA series was won by the ESM Nissan team, the first time the headline DPi class was won by a car other than a Cadillac. It was the 22 car of Pipo Derani and Johannes van Overbeek ahead of the championship leading number 10 Cadillac of Wayne Taylor Racing, while the number 2 Nissan of Ryan Dalziel and Scott Sharp capped a fine day for the ESM team.

The JDC Miller ORECA of Stephen Simpson and Mikhail Goikhberg was leading before a flurry of yellow flag periods, but fell to the bottom of the prototype field after not pitting for fuel with only 45 minutes to go. The GTLM class was won by Joey Hand and Dirk Muller for Ford, PC honours were taken by Performance Tech, while GTD victory went the way of Turner Motorsports for BMW with Jens Klingmann and Jesse Krohn.