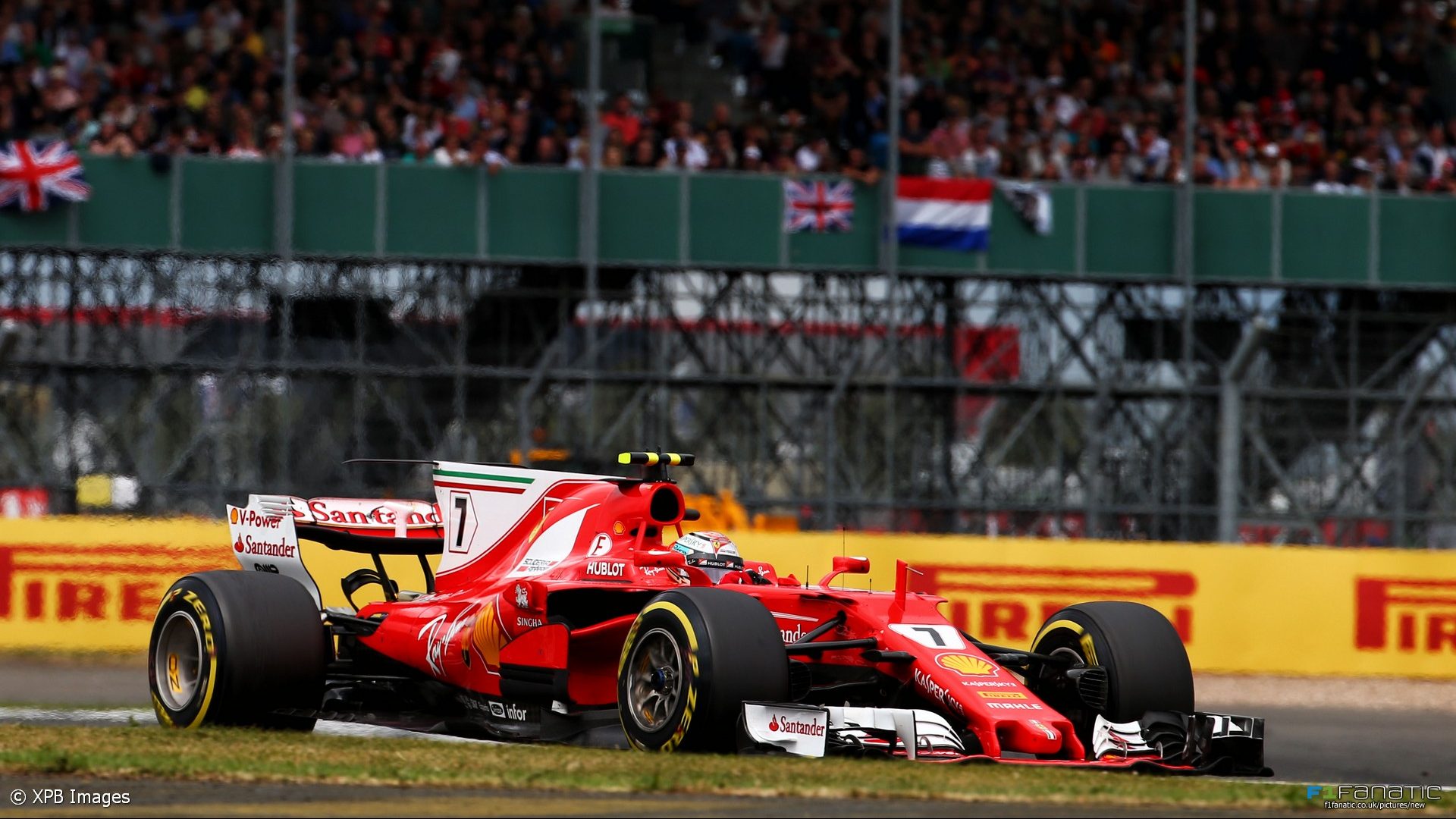 Pirelli claims the failure which hit Kimi Raikkonen at the British Grand Prix was caused by damage.

“The results of the analysis on Ferrari driver Kimi Raikkonen’s front-left soft compound tyre, which experienced an issue at the end of the recent British Grand Prix, reveal specific damage in two places at the edge of the belt close to the internal shoulder area,” said Pirelli in a statement.

“This damage is not present throughout any other areas of the tyre whatsoever. Furthermore, the belt and the structure do not show any signs of fatigue.”

However Pirelli did not specify what caused the damage. “The possible initial cause of this damage is consistent with contact against an external body, leading to a partial separation of the belt from the carcass in the two affected areas,” it said.

“In one of these two places, as a logical consequence, part of the tread also became detached. This damage did not however compromise the actual tyre structure, with Raikkonen able to make his way safely back to the pits on an inflated tyre.”

Pirelli also inspect rubber from other cars at the same race. “A number of detailed tests have since been carried out, both destructive and nondestructive, on other tyres used by front-runners at the British Grand Prix with a similar or bigger distance on them compared to the set used by Raikkonen (for 25 laps).”

“On no occasion was there any sign of fatigue, detachment or laceration – or even the beginning of such problems – that affected the structure of the tyre. In conclusion, Pirelli can confirm that no issues have emerged connected with the tyre itself.”