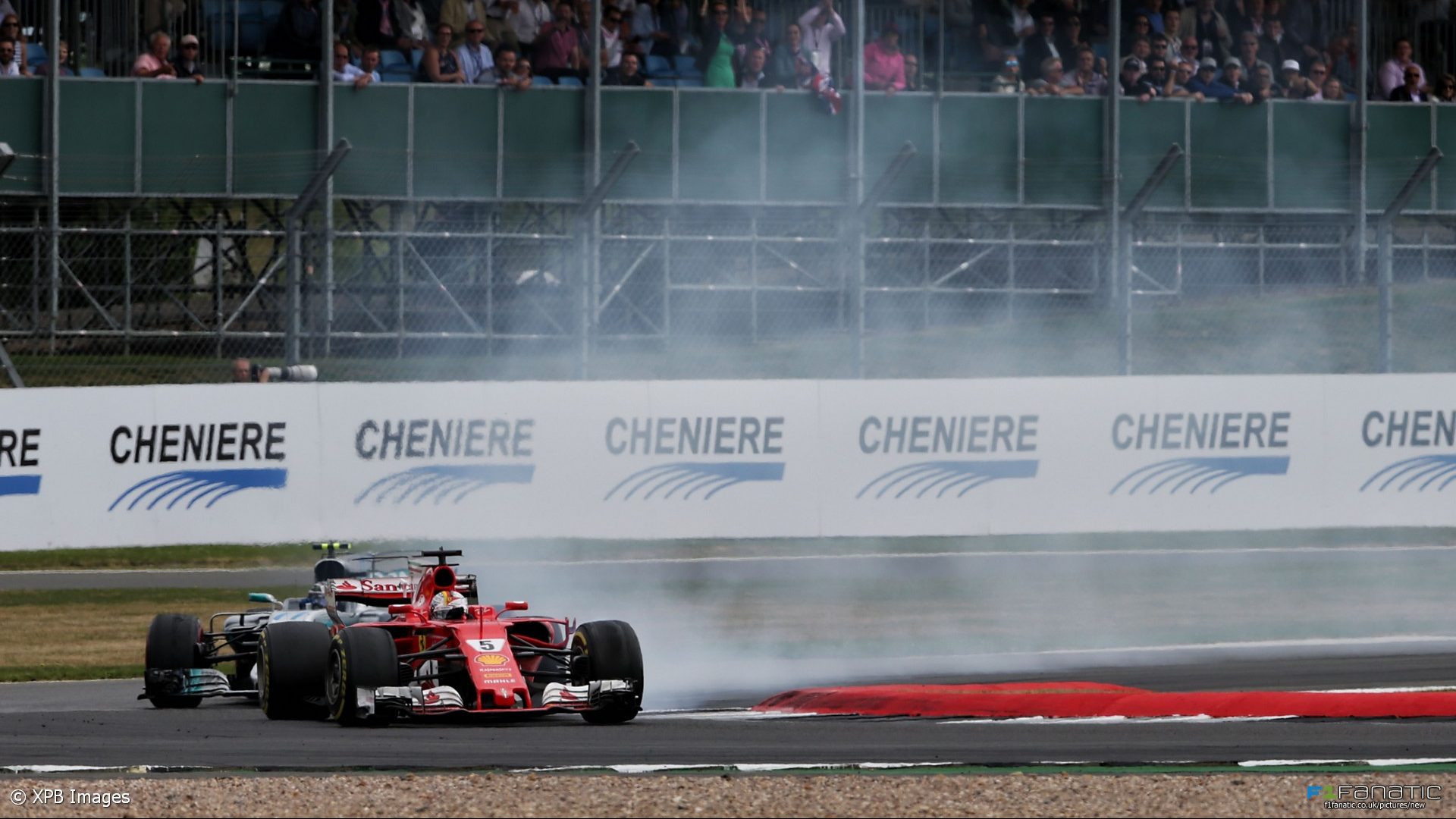 Both Ferraris were struck by tyre failures in the latter stages of the British Grand Prix. According to Pirelli, Vettel suffered a slow puncture which developed into a full failure of the tyre as he drove back to the pits.

“Pirelli has concluded the analysis on Sebastian Vettel’s damaged front-left… soft tyre which affected him two laps from the finish of the British Grand Prix,” the manufacturer said in a statement.

“As appeared clear since Sunday afternoon, a full investigation has now confirmed that the original cause of the failure was a slow puncture. The consequent driving back to the pits on an underinflated and then flat tyre led to the final failure.”

Several laps before the end of the race Vettel commented “I have no more fronts,” on the team radio. “They’ve been blistering for 20 laps. I have zero front.”

Pirelli also said it has not yet determined what caused Raikkonen’s tyre to fail. “Kimi Raikkonen’s damaged tyre shows less evidence of what occurred, so further tests and analysis are still ongoing in Pirelli’s laboratories and indoor testing facilities,” it said.

“It will take a few more days to reach a definitive conclusion.”

Raikkonen’s tyre appeared to remain inflated as parts of the tread came away. He was able to return to the pits more quickly than Vettel and continued to finish in third place, while his team mate fell to seventh.