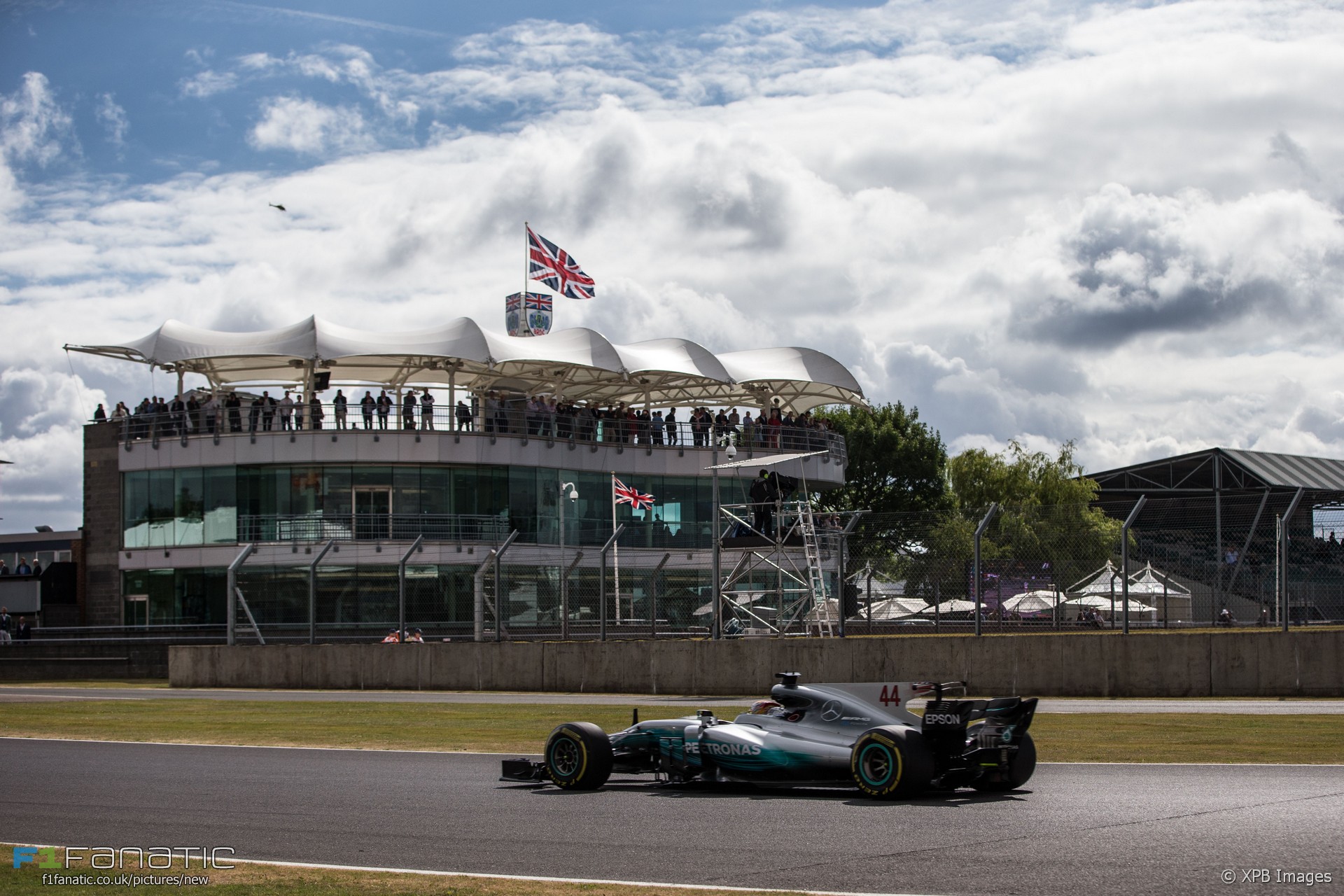 Lewis Hamilton was quickest in final practice for the British Grand Prix, less than a tenth faster than both Sebastian Vettel and Valtteri Bottas.

Hamilton’s 1’28.063 was the fastest time of the weekend so far, only 0.032s faster than Sebastian Vettel’s Ferrari with Valtteri Bottas just 0.074s behind.

A late rain shower prevented the field from making a final qualifying simulation run in the closing minutes.

It was another windy session as drivers prepared for qualifying at Silverstone. Super Soft tyres were the order of the day, with Hamilton using them to good effect to lower the fastest lap of the session.

Sebastian Vettel showed that Ferrari are a threat by posting a time less than half a tenth slower than Hamilton’s.

Rain began to sprinkle the Silverstone circuit with around 15 minutes remaining of the session, clearing the track of cars.

Drivers opted to venture out on the Intermediate tyres in the closing minutes to test out the greasy conditions. It was almost a disastrous decision for Daniel Ricciardo who spun his Red Bull exiting Club corner and almost collected the barriers.

At the chequered flag, Hamilton topped the time sheets ahead of Vettel and Bottas with Kimi Raikkonen in fourth and Renault’s Nico Hulkenberg an impressive fifth fastest.

Enter your predictions for this weekend’s race before qualifying begins: