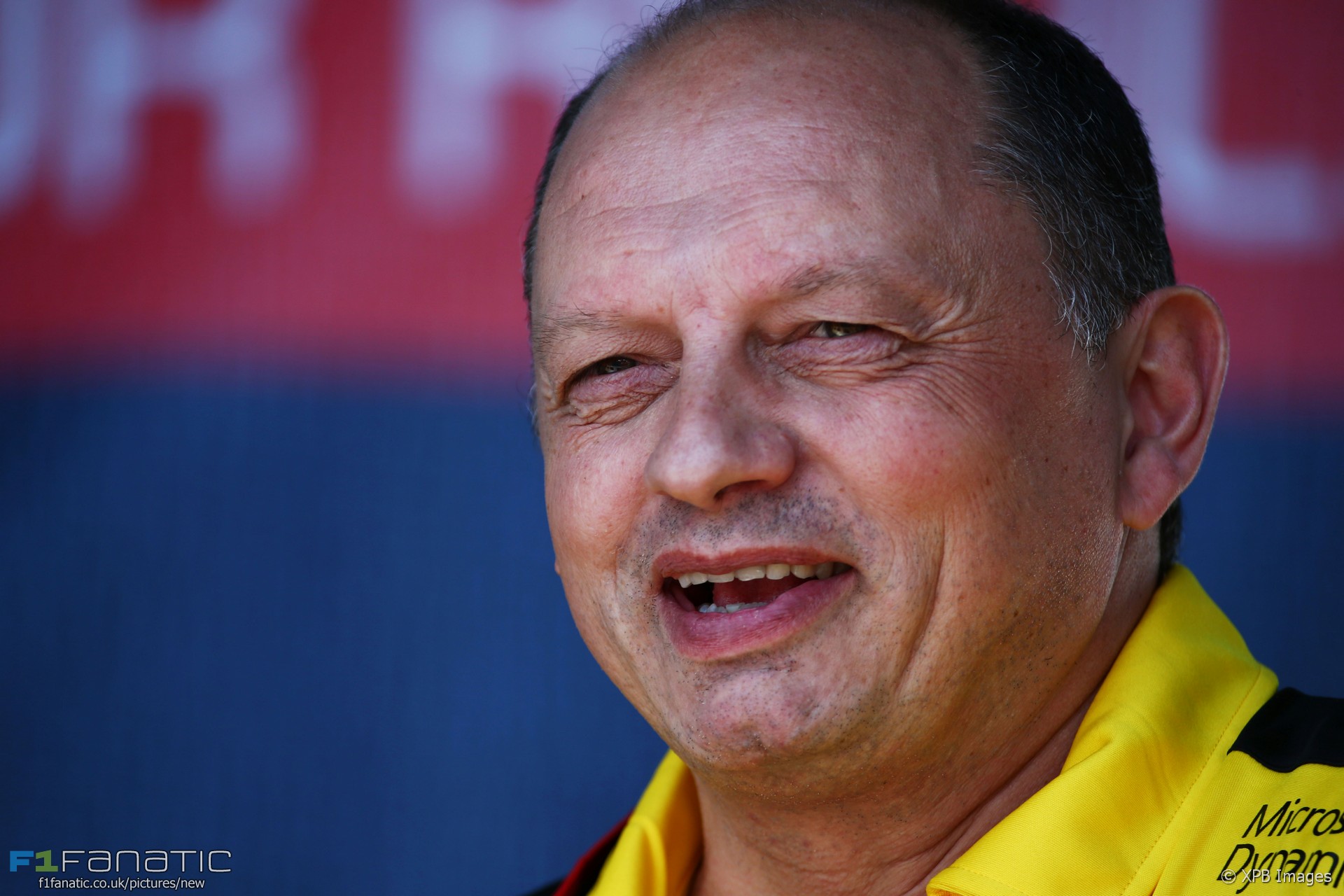 Sauber has hired Frederic Vasseur to take over as team principal following the departure of Monisha Kaltenborn.

Vasseur will take up the position on the Monday after this weekend’s British Grand Prix. He was previously racing director at Renault during the 2016 season before being ousted in January. Before that had a successful career running junior team ART.

Chairman Pascal Picci welcomed Vasseur by saying his “long and successful career in top level international motorsport speaks for itself.”

Sauber was taken over by Longbow Finance last year after running into financial problems. The team’s new owners kept Kaltenborn in charge for almost a year before parting ways with her last month.

The Swiss outfit has been without a team principal since Kaltenborn’s abrupt departure in June, amid rumours over a dispute concerning the team’s handling of its drivers. The team has participated in two races since then.

“I’m very proud to be joining Sauber Motorsport AG and wish to thank the company’s shareholders for their trust in me,” said Vassuer.

“I’ve been impressed by the facilities in Hinwil and by the talent and ambition of the workforce, and I very much look forward to complementing the team with my experience and determination and drive all people in the right direction in everything they do: I am convinced that all together we will achieve ambitious targets.”

Sauber are currently ninth in the championship with five points. The only team behind them in the standings are McLaren, with two.