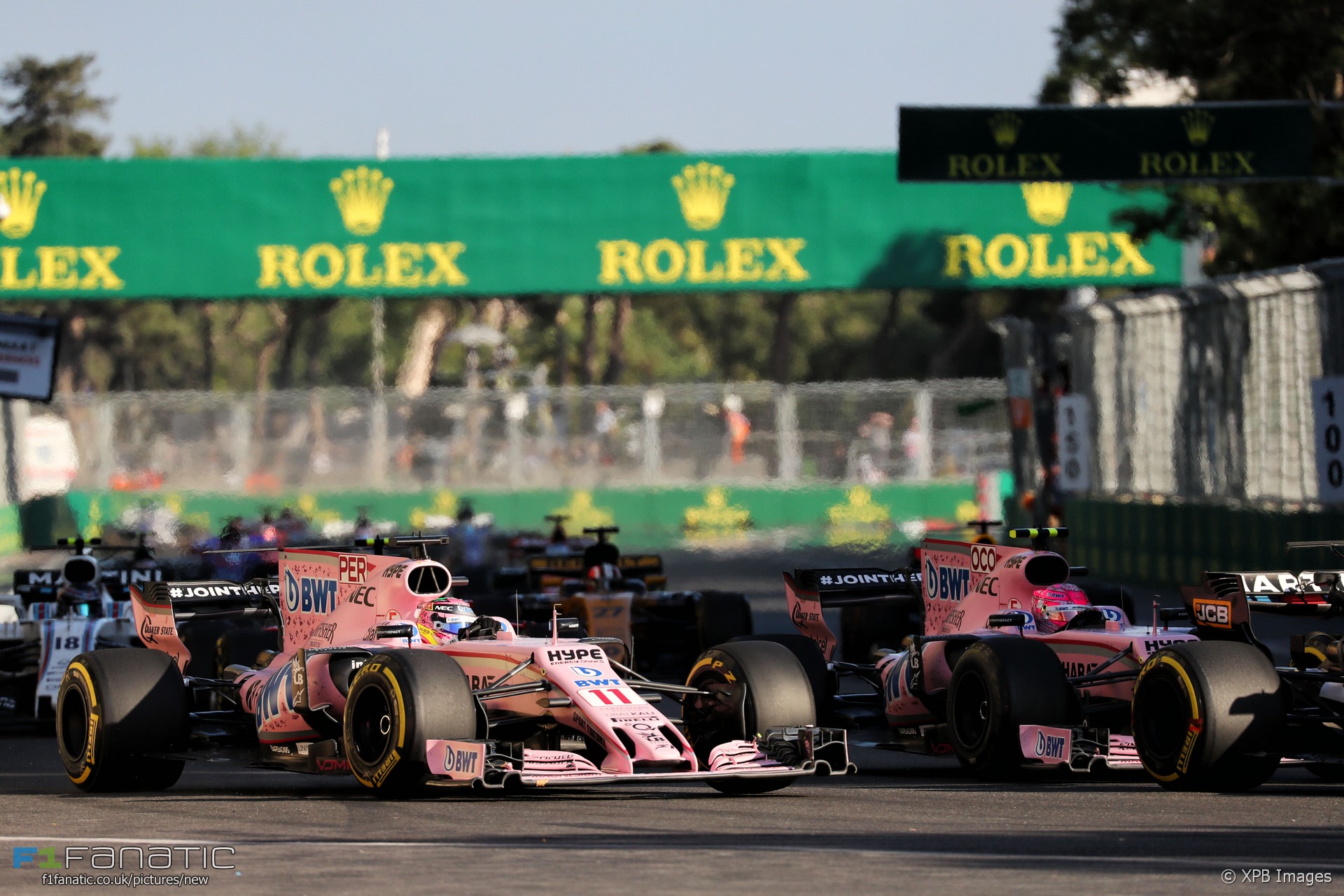 Force India has told its drivers they remain free to race each other despite their costly clash during the Azerbaijan Grand Prix.

Team co-owner Vijay Mallya said the team had spoken to its drivers following the collision which led to Sergio Perez’s retirement from the race.

“Since Baku we’ve had some conversations internally and reminded our drivers that the team must always come first,” said Mallya. “It’s never acceptable for team mates to make contact with each other and it certainly cost us points in Baku.”

However Mallya added “the events of Azerbaijan won’t change our approach.”

“Our drivers can race freely and I’m sure they have learned some valuable lessons,” he said. “We’ve given them a competitive car and I know they are mature enough to work together for the good of the team.”

Perez and team mate Esteban Ocon tangled while running fourth and fifth in the race. The three drivers who were in front of them at the time all subsequently hit trouble. Ocon finished sixth after Perez’s retirement.

“We certainly played our part in a dramatic race and it’s still frustrating to ponder what might have been had things played out differently,” Mallya admitted.

Relations have been strained between Force India’s drivers since the Canadian Grand Prix, where Perez refused to consider requests from the team to let Ocon past him to attack a slower rival ahead.

Force India remain fourth in the championship but fifth-placed Williams closed on them at the last round. Mallya warned his team they have “no room for complacency” in the races ahead.

18 comments on “‘No change’ at Force India: Drivers still free to race despite costly Baku clash”