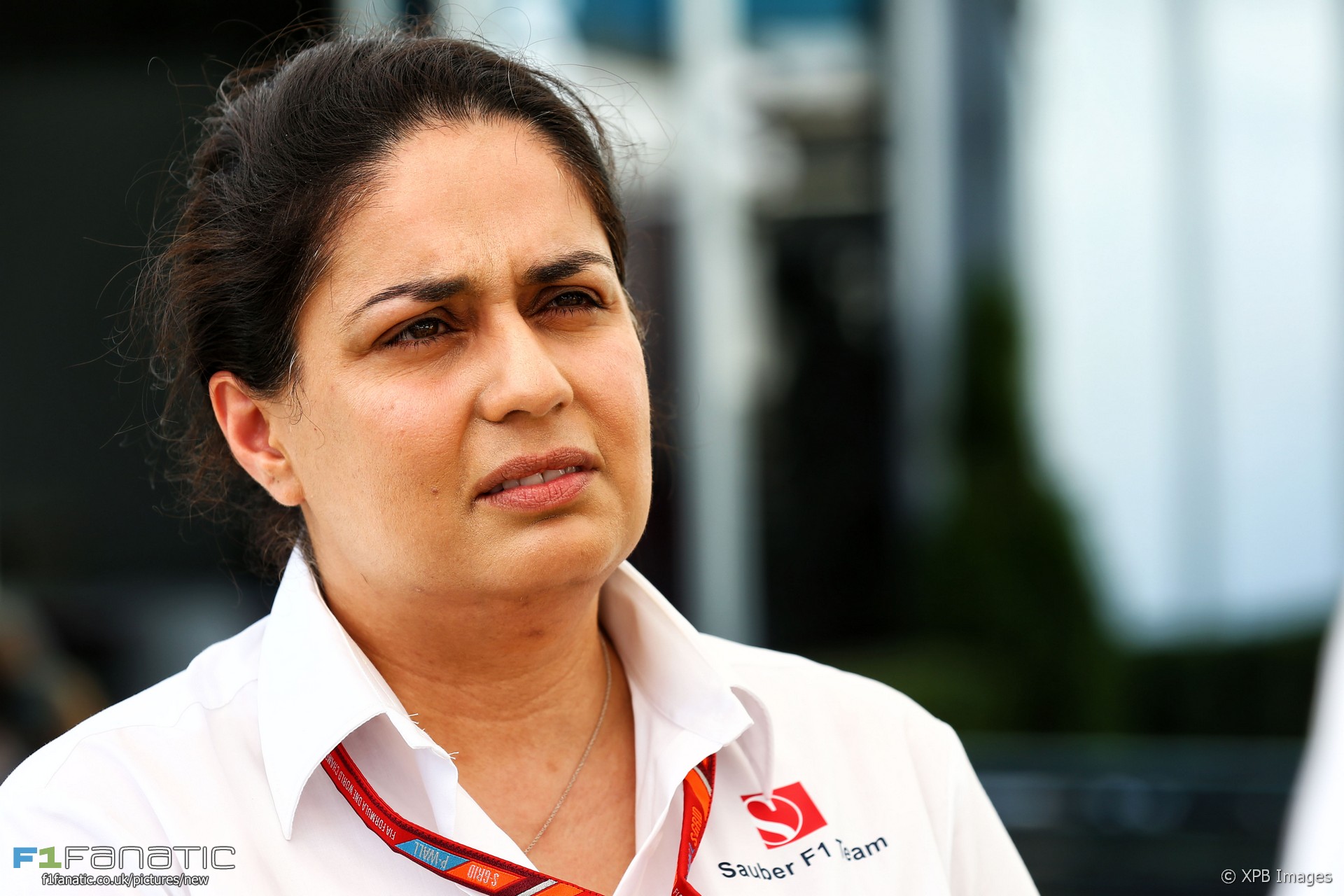 Monisha Kaltenborn has stood down as team principal and CEO of Sauber, the Swiss outfit’s owner has confirmed.

“Longbow Finance SA regrets to announce that, by mutual consent and due to diverging views of the future of the company, Monisha Kaltenborn will leave her positions with the Sauber Group effective immediately,” it said in a statement.

“We thank her for many years of strong leadership, great passion for the Sauber F1 team and wish her the very best for the future. Her successor will be announced shortly; in the meantime we wish the team the best of luck in Azerbaijan.”

Kaltenborn has been with Sauber for 17 years. She became CEO in 2010 and took over from founder Peter Sauber as team principal in 2012, becoming the first woman to head an F1 team.

The team has struggled on and off the track in recent seasons amid rising costs and falling sponsorship revenues. They failed to score any points in 2014 and ran into financial problems.

The team began 2015 in a messy dispute over drivers. The team were unable to participate in the first practice session of the season after Giedo van der Garde, who’d been passed over for a seat at the team, took them to court. Sauber lost the case and was ordered to pay a fine.

Their financial problems continued to mount in 2016 until investment was secured from Swiss company Longbow Finance. The team narrowly avoided finishing last in the championship to Manor, which would have cost them millions in lost prize money. They are ninth in the championship at present.