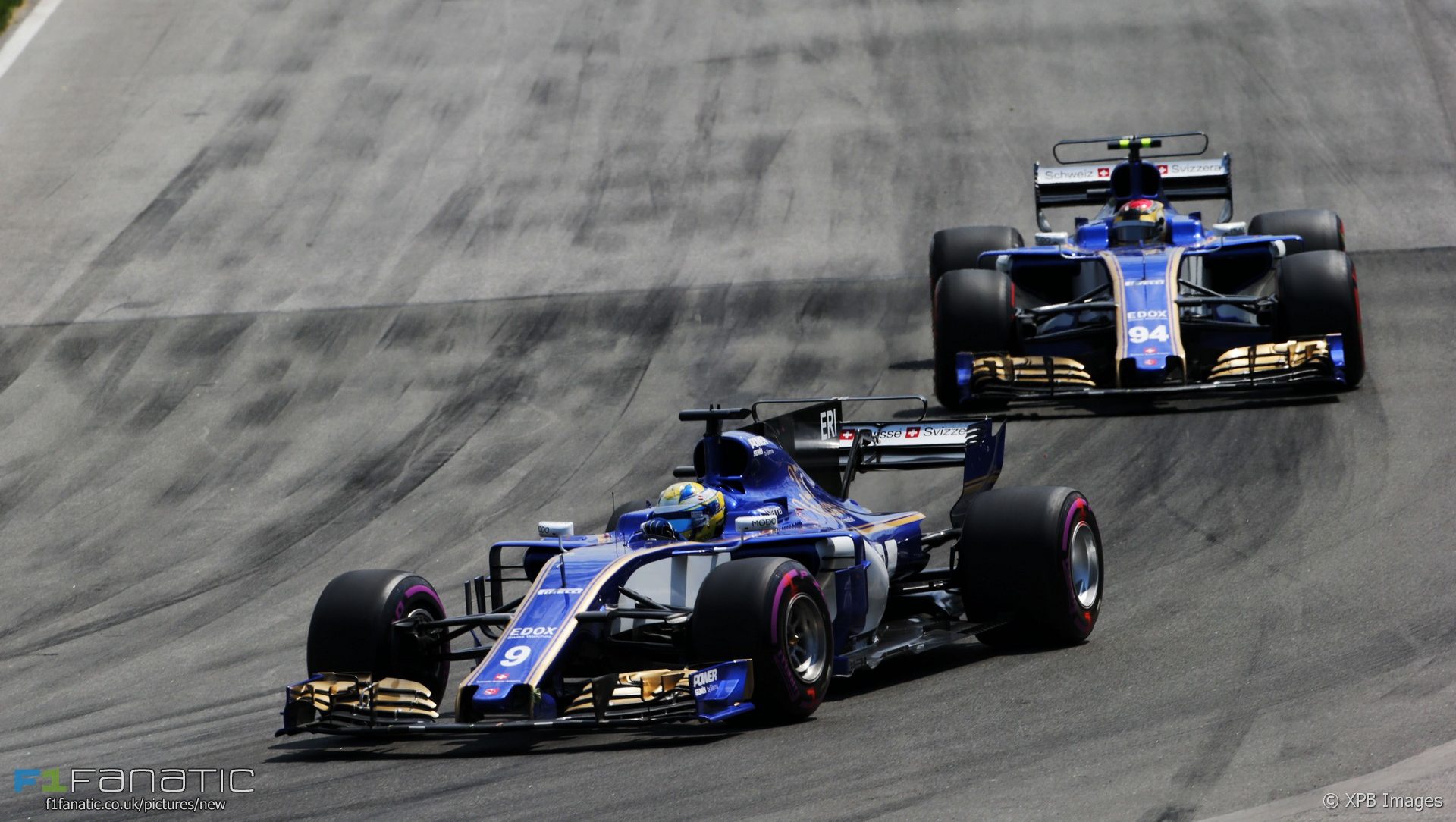 Sauber has issued a stinging attack on media reports of driver favouritism on the same day it has sacked its team principal.

In a statement issued alongside another announcing the departure of Monisha Kaltenborn, Sauber attacked unspecified claims about its drivers Pascal Wehrlein and Marcus Ericsson.

“The owners and board of Sauber Motorsport AG take strong exception to speculative and widespread media reports today that our race drivers have not been, and are not being, treated equally,” it said.

“This is not only patently untrue, it would be contrary to the team’s absolute and longstanding commitment to fair competition.”

“These reports, attributed to anonymous ‘sources’, are highly detrimental to both Marcus Ericsson and Pascal Wehrlein as well as to the management and all staff of the Sauber F1 team.”

Ericsson and Wehrlein have driven together in five race weekends. Antonio Giovinazzi started the season in Wehrlein’s car as the team’s new driver missed the opening rounds due to injury.

During those five races Wehrlein has out-qualified Ericsson 4-1. He also scored the team’s only points finish to date, in Spain.