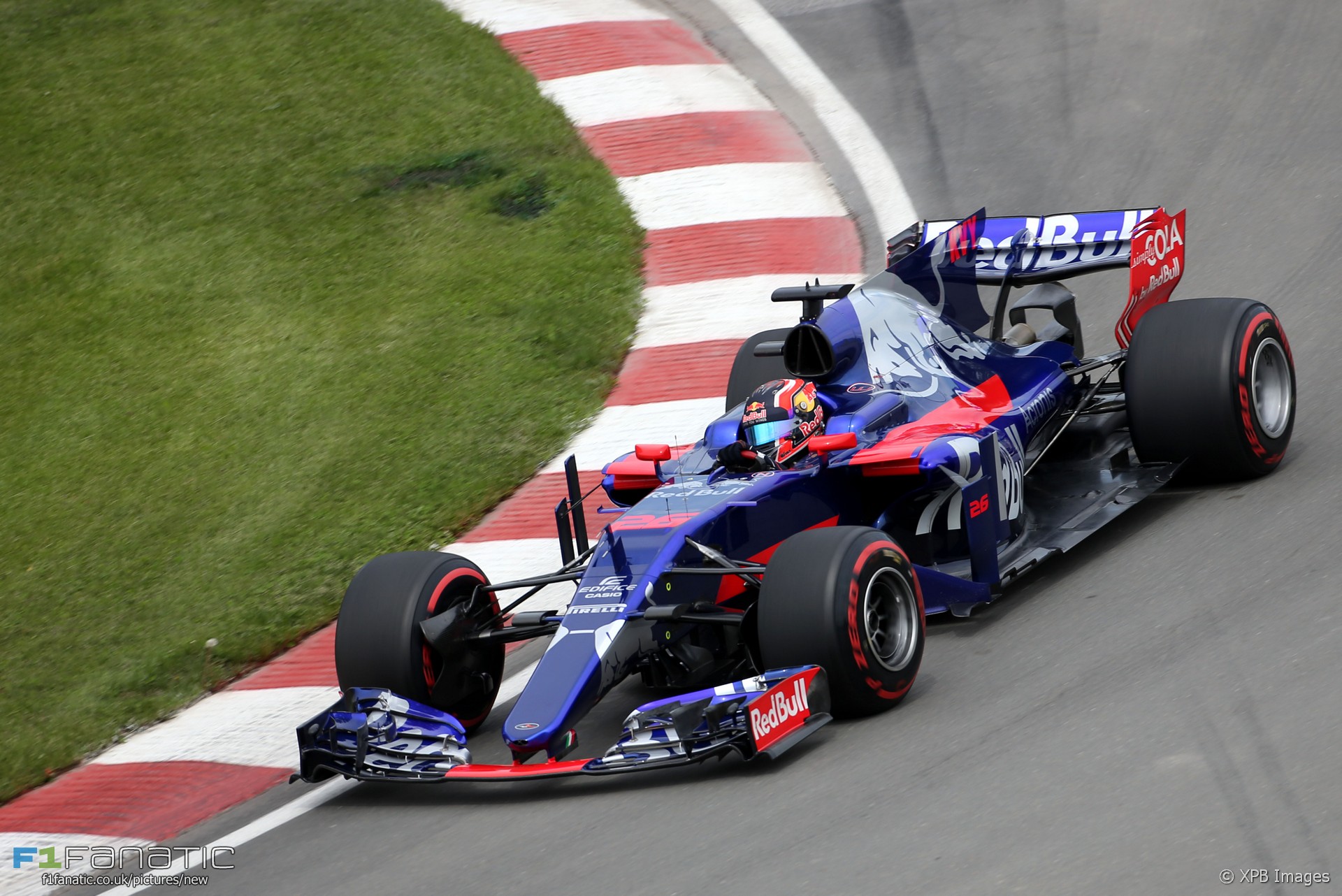 Felipe Massa made it three corners into the race before he was taken out by Carlos Sainz Jnr.

Massa: “Unbelievable. I have no idea what happened. Somebody just hit me completely.”

“Kvyat had a problem. He will try to recover his position by Safety Car one line.”
Alonso: “He didn’t. He was behind me.”

After contact with Max Verstappen at the start, Sebastian Vettel’s front wing collapsed. He wanted to stay out but his team ordered him in.

Vettel: “Check the aero numbers, front-left. I have quite a lot of understeer. Little grip on the front-left. There seems to be an issue. I think I have damage on the front wing.”
“Yeah the front wing, we change it.”
Vettel: “Maybe we can delay that, stop a little bit…
“There is a risk to damage the car and it is too dangerous, so box now.”

Lacking straight-line speed from his Honda engine, Fernando Alonso was vulnerable to other drivers.

“OK Fernando this pace is good. We’re looking at Plan A plus five.”
Alonso: “You are not giving me useful information. I need the pace of Magnussen. I need other things.”
“Magnussen is still plus 7.7. We are matching his pace. He’s doing 18.2s as well.”

With Vettel stuck in the pack, Lewis Hamilton had an easy run to victory.

Hamilton: “Where’s Vettel?”
“So Vettel back in P6.”
Hamilton: “Is he coming through the pack?”
“Negative he’s still on used super-soft tyre.”
Hamilton: “Do you think he’s going to make it to the end on those tyers?”
“We’re not sure how he’ll get on but your level of management is excellent.”

It was a very frustrating race for Daniil Kvyat.

Kvyat: “I had some strange vibration in the engine. Exit of turn three.”
“Box Danny. You will have a ten second penalty. Don’t worry, we are still fighting for P10.”
Kvyat: “What for?”
“Don’t worry. Box box.”

“Box Danny box. We will retire the car. Sorry for that.”
Kvyat: “[Censored by FOM] hell, guys.”

Force India put their drivers on different strategies but Esteban Ocon, on fresher tyres, got stuck behind Sergio Perez, who was in turn chasing Daniel Ricciardo’s Red Bull. Perez was unwilling to play the team game.

To Perez: “Checo, Esteban is saying he can overtake Ricciardo.”

“Checo at the end of this lap we would like to give you three laps to attack Ricciardo. Otherwise we will have to switch. Ferraris are closing.”
Perez: “It’s a waste of time, man. Ricciardo is degging off. I want the chance to overtake him. I mean, let us race, man. Please.”
“Checo the plan is we want to attack before the Ferraris arrive behind us so we are on that plan. If we switch and Ocon couldn’t get past we would switch back.”
Perez: “Ricciardo, I want the chance to go into the lapped cars. Just leave me along now. Give me a chance. We will pick up some traffic. There will be an opportunity.”

Kimi Raikkonen was closing on the trio when his car developed a brake-by-wire problem.

To Raikkonen: “OK Kimi you know the score. The front of this group is the podium. Let’s push on.”

“OK Kimi so when we get within DRS we’ll have engine five and OBR will be available. But it’s important to catch quickly.”
Raikkonen: “Yeah what’s wrong with my brakes? Losing the bite.”
“OK we’re checking on data.”

Vettel made it past the Force Indias.

After an untroubled race, Hamilton took his third victory of 2017 and Mercedes’ first one-two of the year.

The full race radio transcript will be published here later.