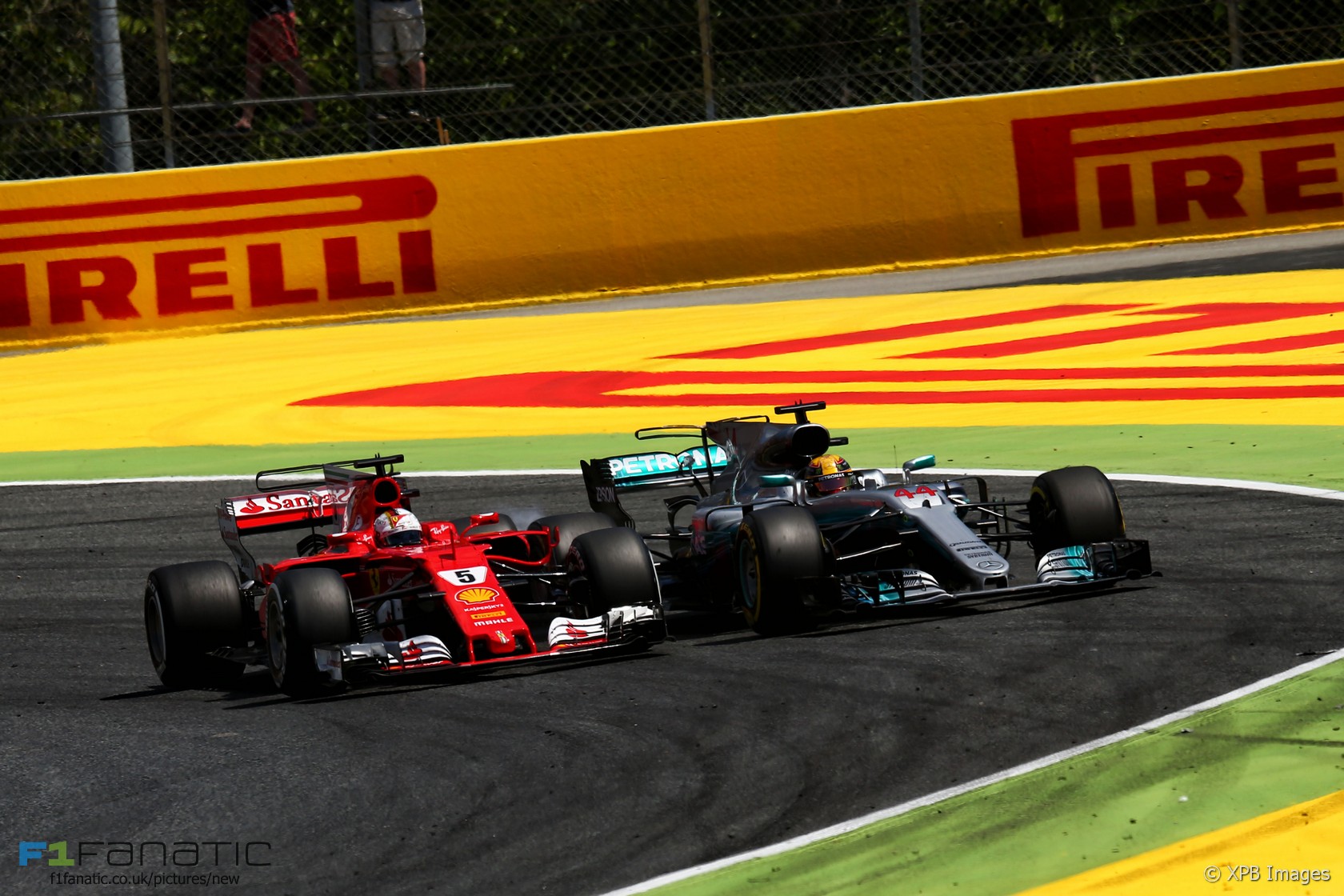 F1 has published rare video from inside the pre-race briefing for the drivers at last month’s Monaco Grand Prix.

The footage shows drivers in discussion with race director Charlie Whiting on key points from the previous race in Spain and their first experience of driving the Monaco circuit in 2017.

Among the points of discussion was Lewis Hamilton’s driving while battling with Sebastian Vettel in the Spanish Grand Prix. Following a question from Romain Grosjean, Whiting explained why Hamilton hadn’t been penalised for the manner in which he left the track.

“Well the interesting point there was it was very close because what the notes that I wrote said what that if you go over the bumps, if you touch those two bumps across, then you have to go around the bollard. Lewis didn’t quite hit the bumps, just missed them.”

“What Lewis did was absolutely in accordance with the notes we sent out. He didn’t go over the bump, he just missed it. If he had go over the bump, if he’d put one wheel on it, it would have seemed a little harsh to have to go all around it.”

Max Verstappen also raised a question about a kerb which had been installed at turn 16 in Monaco which he felt was too high.

“These guys that built the circuit say that it’s exactly the same kerb [as last year],” answered Whiting. “I don’t think there’s much we could do about it now because it’s a fairly solid thing but it is the same kerb that was there last year.”

Daniil Kvyat asked Whiting whether he had considered “to put a wall like it was 20 years ago or no it’s not an option”. Whiting said “I don’t think that’s an option because of the approach speeds.”

You can watch the video here.

17 comments on “What do drivers ask in their pre-race briefing? New video reveals all”