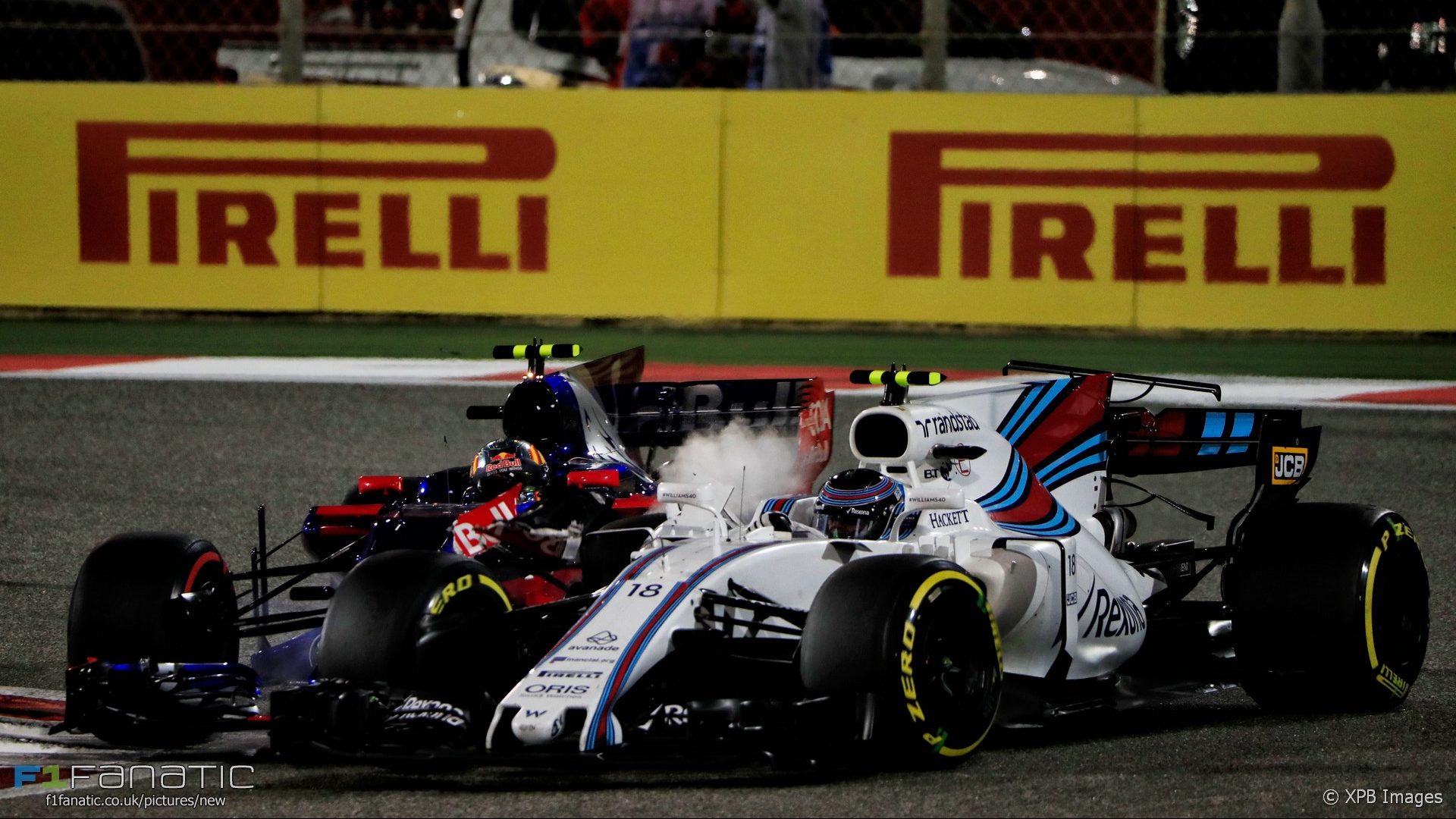 In the round-up: Carlos Sainz Jnr says F1 stewards would not reconsider penalties even when they are subject to appeal.

F1 Fanatic Live will be running this weekend for the first round of the IndyCar series since Fernando Alonso revealed he will be racing in this year’s Indianapolis 500. The McLaren driver will be at the Barber Motorsport Park road course in Alabama for Sunday’s race. Join us from 8pm UK time to follow the action from round three of this year’s championship.

"Even for pride, they wouldn't change their opinion. I don't think it would change nothing."

"We are pretty optimistic that we will make a significant step forward in Barcelona where a big change of parts is coming."

"This will be the first career laps on an oval for him, and as such, why he’s getting an extra day whereas fellow Indianapolis 500 rookies Ed Jones, Jack Harvey and Zach Veach will have the standard rookie orientation program later in May as all three have raced on ovals in the Indy Lights Presented by Cooper Tires series."

"Renault have done a fantastic job over the winter, much better than I thought they would do, but we had identified that as a key issue."

"Last year, Toro Rosso had a few issues with the wheel rims, but they didn't ban the use of rims, they fixed them. It's the same."

"The architecture does bear some resemblance to the concept used in 2014 and 2015, except that the intercooler was lodged much lower, within the ‘Vee’ of the engine, which did not allow for variable inlet trumpets. By comparison, the radiator looks more compact and has been placed higher on this year’s Ferrar power unit."

"We keep saying that Checo is so undervalued I think in terms of public opinion or whatever. He's an amazing driver – you just give him the slightest sniff of an overtake or a points position and he is there every time."

Vijay Mallya extradition case: Internal process on in the UK, says India (The Times of India)

"As things stand the de facto two-tier grid is a major problem but the vested interests of the big three and their antipathy to giving away their advantage over the midfield has to be overcome."

What a fantastic job @GaryPaffett did jumping in @F1 car 4@WilliamsRacing & doing full days test & looks to me from the outside a mega job!

Pumped to be shaking down @alo_oficial 's car @IMS for his first go on May 3rd. #TrimIt.

@Gt-racer gives some insight into the change to F1 broadcasts this year:

They have gone back to using lower angles, To holding those low angles longer and using slower zooms/panning in order to bring out the speed of the cars. This is something fans have been asking them to do for a number of years now, To go back to the F1 Digital + style of covering things.

The only problem with the coverage has been that some of the new systems haven’t worked as well as they did when they were been tested. The mini sectors been incorporated into the timing graphics for example is something that was tested and worked flawlessly pre-season but is something that over the 1st race weekend caused other systems to crash with getting to the bottom of that proving difficult since it all works fine up until the point cars get on track.

There is also some new stuff planned that hasn’t been seen yet as the problems they have suffered has prevented them using all the new toys they have in store.

It goes back to what I said a few months ago. The reason you were seeing wide shots, Slow panning and a focus on advertisements the past few years is because Bernie Ecclestone and CVC were asking them to cover it that way. Liberty have gone back to letting the TV team do things the way they want to do it and the improvements are only going to get even better as the year goes on.
@Gt-racer

Happy birthday to Vincent, The Kef, Cyberaxiom and Dylan Mota!

Happy birthday to Max Chilton who is 26 today!

63 comments on “Sainz: Stewards too proud to consider appeals”