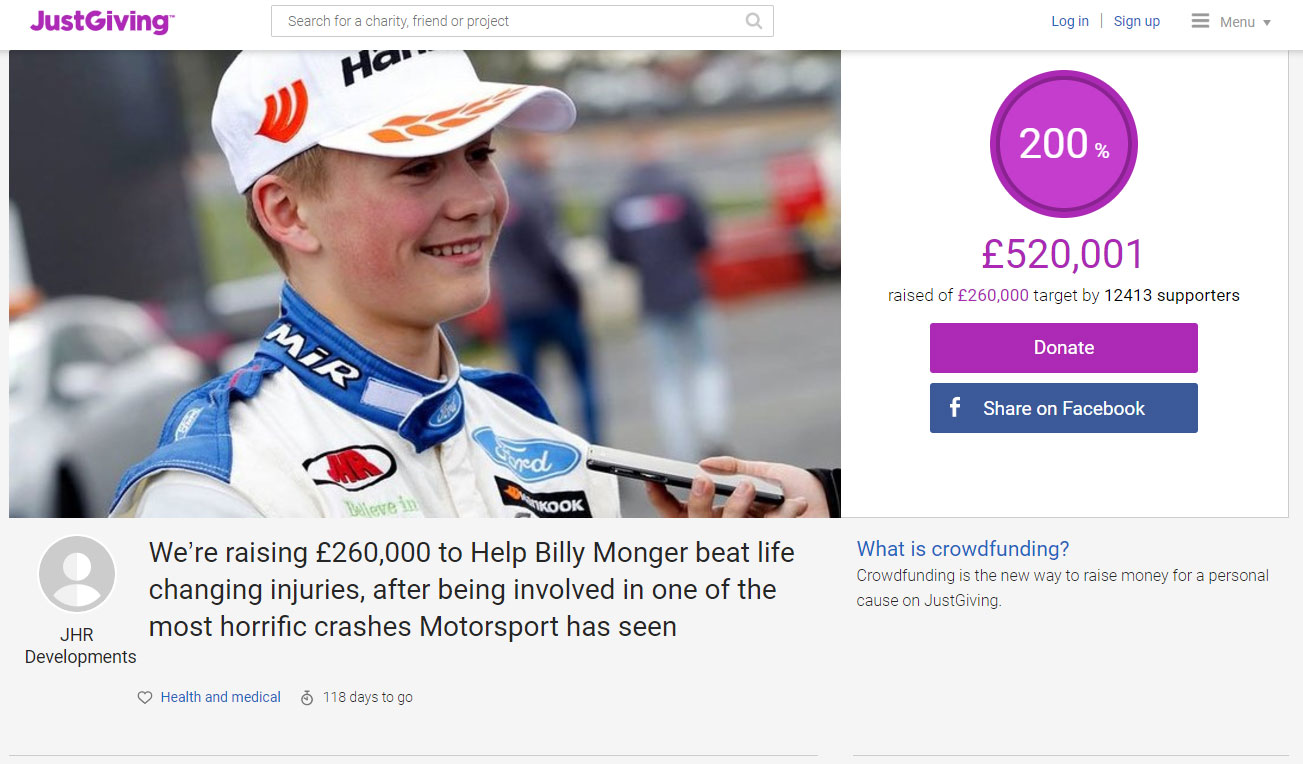 The crowdfund for Billy Monger, the Formula Four driver who suffered life-changing injuries in a crash on Sunday, has raised more than double its target less than 24 hours after it started.

Monger has undergone amputations to both lower legs following his crash at Donington Park and is being kept in an induced coma. A crowdfund to help pay for his rehabilitation was set up by his family and team yesterday “to help give Billy and his family the best chance to fight these injuries that will affect Billy’s life so massively”.

The fund reached its target of £260,000 before midnight. Contributions from motor racing fans and several famous names have now pushed the total amount raised to more than twice that, exceeding half a million pounds. The crowdfund has also been widely promoted by F1 drivers on social media.

It took an hour and a half for Monger to be extricated from his Mygale F4 car following the crash during the third of last weekend’s races. The 17-year-old ploughed unsighted into the stationary car of rival Patrik Pasma on the approach to McLeans corner.

The driver’s family said in a statement they “express their gratitude for the first-class medical attention given by Queen’s Medical Centre in Nottingham and take this opportunity to thank the medical teams, marshals, extrication crews and air ambulance staff for their skilled response and hard work.”

Monger was in his second season of single-seater racing after finishing fourth in the championship last season. He previously raced in Ginetta Juniors for two seasons. Among his rivals in the F4 championship this year is Hampus Ericsson, younger brother of Sauber F1 driver Marcus.

Contributions to the Billy Monger Crowdfund can be made here: