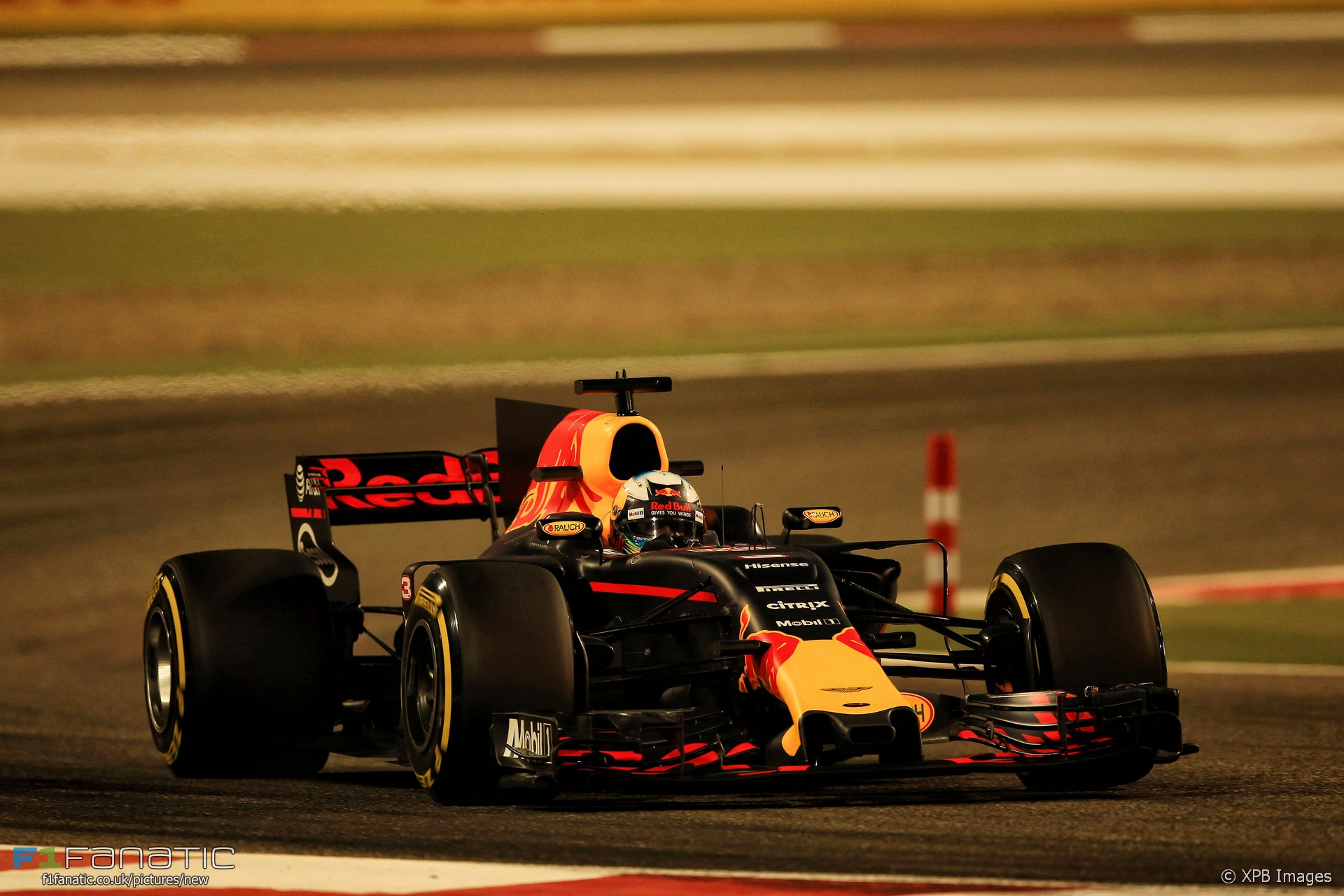 Friday’s practice times in Bahrain gave Red Bull some cause for optimism. Daniel Ricciardo did the third-quickest lap, within a tenth of a second of both Sebastian Vettel’s pace-setting Ferrari and the Mercedes of Valtteri Bottas.

But temperatures at the track were so high on Friday the lap times probably bore little relation to what we can expect to see over the rest of the weekend.

“This is a pretty tough circuit at the best of times,” said Mercedes’ technical director James Allison. “But it is unseasonably hot this year, which made it a brutal day for the cars and the drivers.” Saturday is expected to be almost as warm but the race, crucially, is forecast to be cooler.

Ricciardo admitted his car’s one-lap pace in the low-grip conditions on Friday “looks competitive – but probably too competitive for now.”

“I do like it but I expect Ferrari and Mercedes to sneak further ahead [on Saturday]” he added.

As well as the heat, the track was especially ‘green’ and grip-less on Friday. This goes some way towards explaining why this year’s cars, which were 3.7 seconds quicker than their 2016 pace in China, were a few tenths slower than last year’s Friday pace.

Ferrari and Mercedes looked close again over their longer stints, with Ferrari coming on stronger towards the end, as was the pattern in the last two races. Ricciardo admitted that in “the long runs [they] looked like they had a bit more pace so that was probably a bit more representative” than the single-lap pace.

This chart shows all the drivers’ lap times (in seconds) during their longest unbroken stint. Very slow laps omitted. Scroll to zoom, drag to pan, right-click to reset: