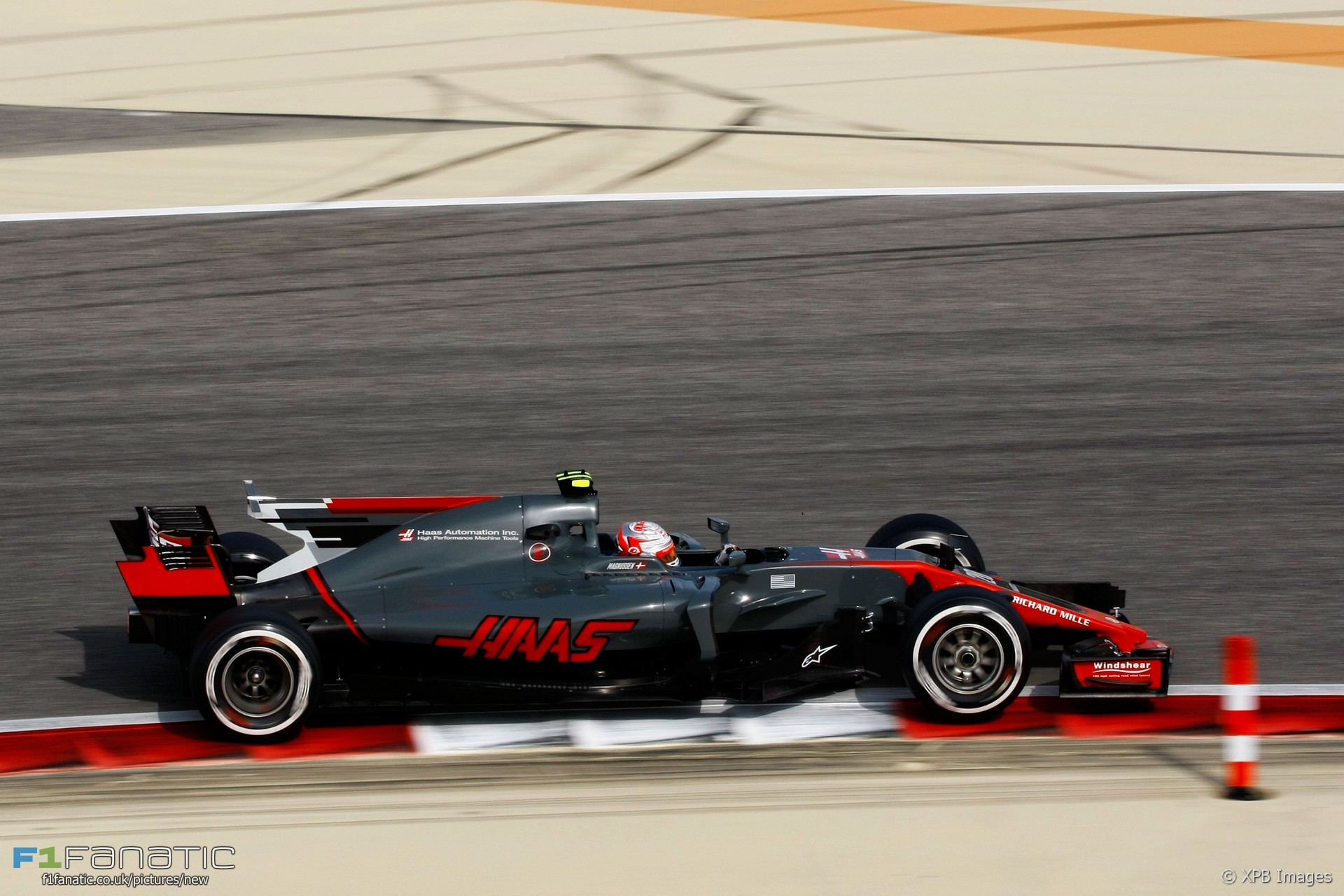 Haas team principal Guenther Steiner said they had been “unlucky” to lose a car in Q1 for the second race in a row.

Kevin Magnussen qualified last for the Bahrain Grand Prix after being forced to abort his lap when Carlos Sainz Jnr’s Toro Rosso stopped in the final sector, bringing out yellow flags. Romain Grosjean missed the cut for Q1 in China in similar circumstances.

“Kevin was unlucky in Q1, again, with a double yellow,” said Steiner. “Last week it was Romain’s turn and today it was Kevin’s time, otherwise we were pretty confident he would’ve made it into Q2.”

Steiner said the team had to risk running late in the session in order to take advantage of the improving track conditions.

“Hindsight’s a beautiful thing,” he said. “If you go out too early, where we are with our performance, we need to use the track improvement to gain the next spots. So if you go out early, you cannot get a time, you take a risk.”

“To end up two consecutive weekends with the double yellows, that’s a little bit unlucky. If the car was faster, we wouldn’t have to take the risk.”

The team had a setback in the final practice session when Grosjean crashed his car.

“Today was a difficult day, certainly in FP3, as we struggled,” Steiner admitted. “We couldn’t find the balance of the car and both drivers had very similar problems.

“We recovered as well as you can for qualifying. Romain qualified ninth, which at the moment if we have a good day is where we should be.”

“Last week we started second-to-last and Romain finished 11th,” he added. “For sure, we will try to do the same tomorrow – to get back in the points, as we saw this was possible last week.

2 comments on “Haas rues bad luck after another Q1 exit”