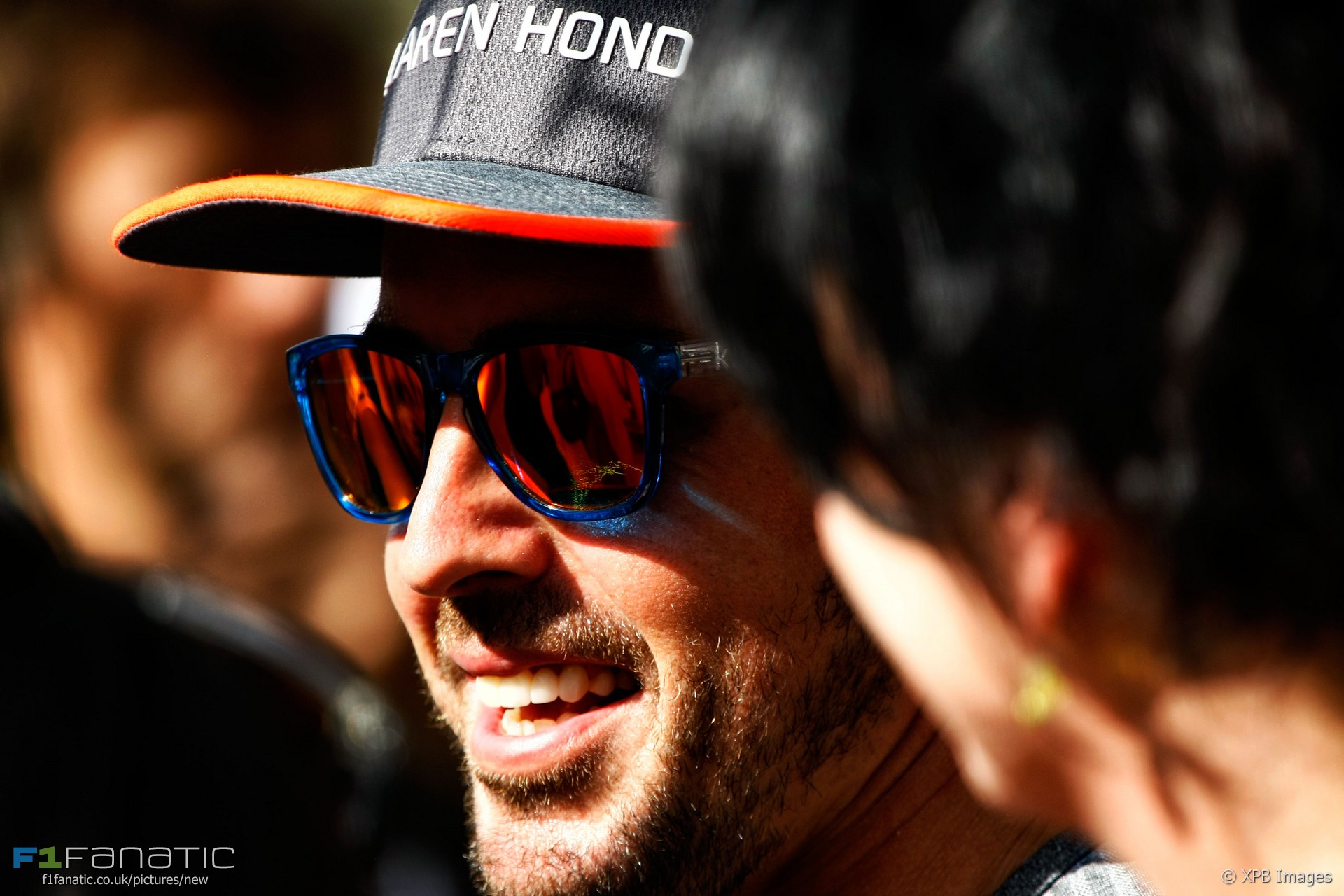 Christian Horner poured scorn on Fernando Alonso’s plan to race at the Indianapolis 500, saying McLaren were “barking mad” to permit it.

Speaking in the FIA press conference in Bahrain Horner said McLaren’s willingness to go along with it showed McLaren they are desperate to keep their driver happy.

“It’s a difficult one for Fernando, he’s having a tough time. Zak [Brown] has got a problem, he’s got a depressed driver on his hands, he’s trying to keep him motivated.”

“He’s come up with this idea, send him to Indianapolis. He must be barking mad, it’s the nuttiest race I’ve ever seen.”

“No testing, he’s just going to jump in the car, turn one there’s a proper turn as well and it’s not just easy flat all the way around. So I think he needs to see a psychiatrist, personally.”

“Would we let our drivers do it? No. I believe if a driver commits to a team it’s a bit like disappearing with another girlfriend halfway through the year and then coming back. It doesn’t seem the right thing to be doing.”

“Perhaps if the races didn’t clash, or do it at the end of his Formula One career. But obviously McLaren have got this approach which is perhaps different to ours but good for them.”

Williams deputy team principal Claire Williams also rejected the idea of either of her drivers being allowed to compete at Indianapolis.

“No. I don’t know whether that’s because I’m my father’s daughter and I know Frank probably wouldn’t. But no, I don’t think I would, but I won’t expand on the reasons why.”