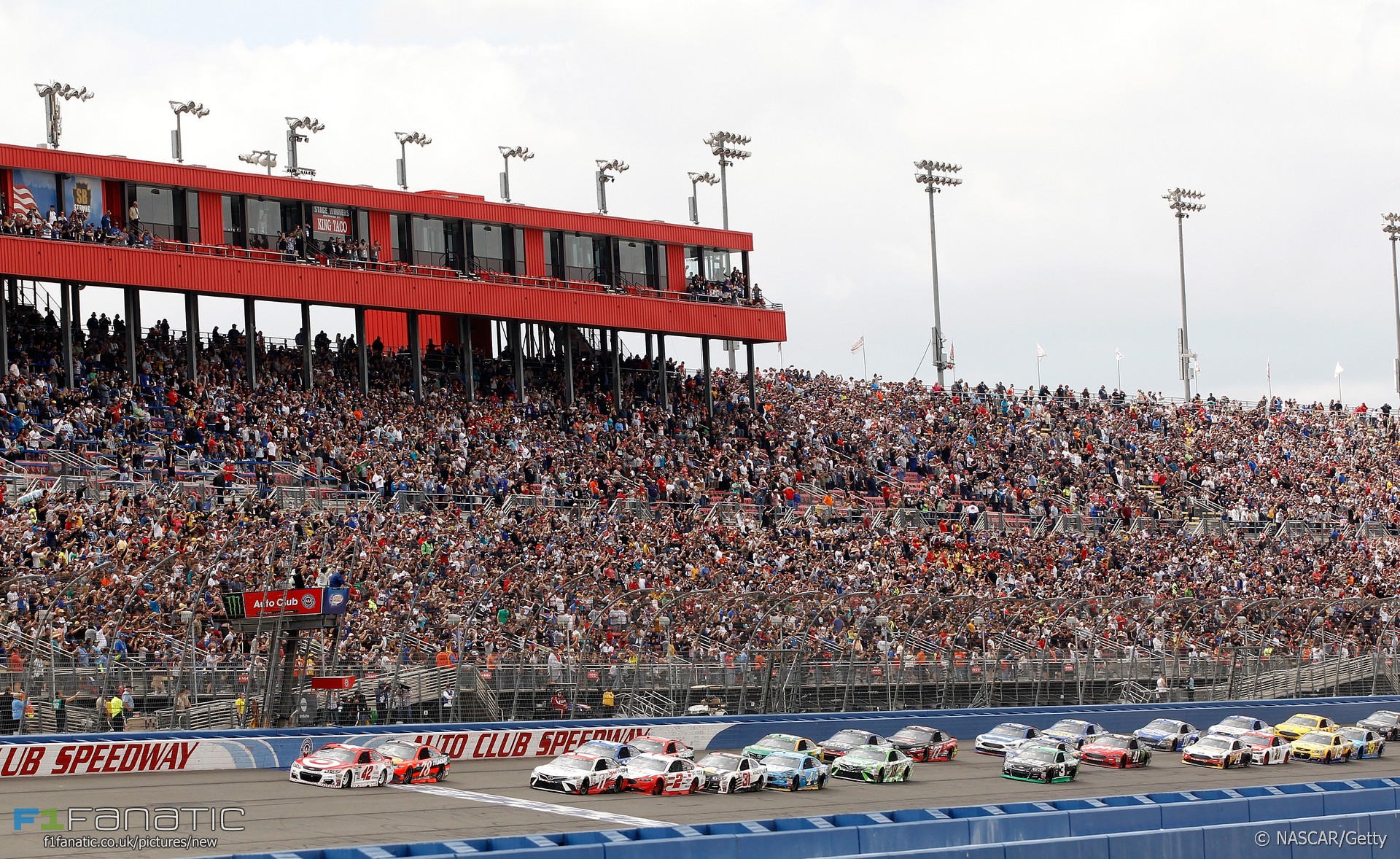 A driver with three consecutive runner-up finishes in NASCAR finally broke his duck by taking victory in the fifth race of the season.

Elsewhere Moto GP saw drama at their opening race in Qatar while Formula One kicked off in Australia with a much more subdued race.

Kyle Larson put a run of three consecutive second-place finishes behind him to take his first victory of the season and extend his championship lead. Larson had to overcome four cautions and restarts over the final 21 laps scything his way back to the front after a late pit stop for fresh tyres under caution.

Pole sitter Maverick Vinales won a disrupted Moto GP season-opener in Qatar after the weather played havoc with proceedings at the Losail International Circuit. Qualifying was abandoned and the race start was delayed as rain turned the circuit into an ice rink.

Once the race got underway it was action-packed. Johann Zarco spent the first laps of his Moto GP career at the head of the field but his dream debut soon clattered to the ground along with his bike when he fell at turn two.

That left Andrea Dovizioso out front defending from Marc Marquez, but the threat of the reigning champion soon faded, to be replaced by that of Yamaha duo Vinales and Valentino Rossi. Dovizioso and Vinales traded places over a number of laps before the pole sitter eventually built a gap, taking victory in his first race for Yamaha.

Sebastian Vettel won the first race of the F1 season after some smart pit work from Ferrari got him out ahead of early race leader Lewis Hamilton. The Mercedes driver had been unable to extend his advantage having started from pole position, and fell behind Max Verstappen’s Red Bull after his only pit stop.

Moto GP and Formula One have improved their social media video offerings this year but are still lagging behind NASCAR, so to watch highlights from these races you’ll have to venture off to their preferred sites.

What racing action did you watch last weekend and what are you looking forward to next week? Let us know in the comments.