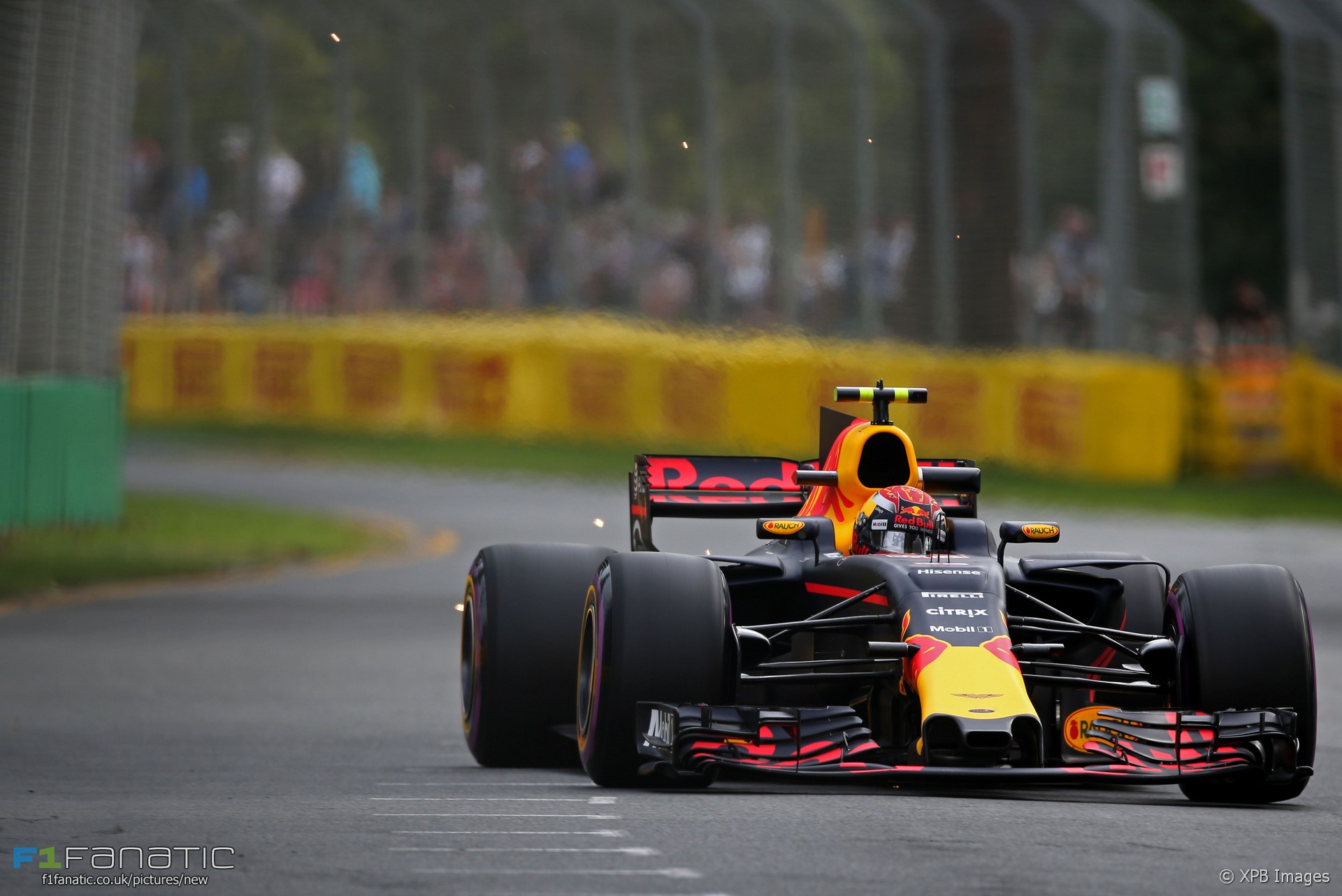 Red Bull has tried to minimise its straight-line speed deficit with its car set-up, Max Verstappen has confirmed after the team fell short of pace-setters Mercedes and Ferrari in Melbourne.

Verstappen was the team’s top qualifier but lagged almost 1.3 seconds off the pole position time set by Lewis Hamilton.

Red Bull’s sub-par showing has prompted speculation the team’s competitiveness has been affected by the FIA’s recent rules clarification on suspension design. The outwardly conservative design of the RB13 was met with surprise from some.

Verstappen said the car’s lack of pace was “not just in power – we built a car that is efficient on the straights but it means we lose a bit of grip in cornering”.

He admitted it had been “a bit of a tough weekend in general”.

“I haven’t done as much running as I would have liked,” Verstappen explained. “Qualifying was pretty much the first time I managed to string some laps together uninterrupted.”

“This morning we didn’t have the balance and therefore couldn’t find the rhythm, so we tried a few things that unfortunately didn’t work how we would have liked.”

“Heading into qualifying we found some positives and built it up lap by lap, after that I kept improving, the balance got better and I managed to have a fairly good qualifying. The car is better balanced now but it is clear to see we still a have to gain a bit.”

The graph below compares the minimum cornering speeds and maximum straight-line speeds achieved by Hamilton’s Mercedes on his pole position lap and Verstappen’s Red Bull on his quickest lap during Q2.

Red Bull have previously been able to count on superior cornering speeds, achieved through high levels of downforce, to counteract their less competitive straight-line speeds owing to the Renault engine’s lack of power. However in Melbourne they were lagging behind their rivals on both counts.

The only corner at which they were significantly quicker than Mercedes was turn 12. Like Ferrari, Red Bull were able to take this bend without lifting, which Hamilton did not do on his fastest lap.