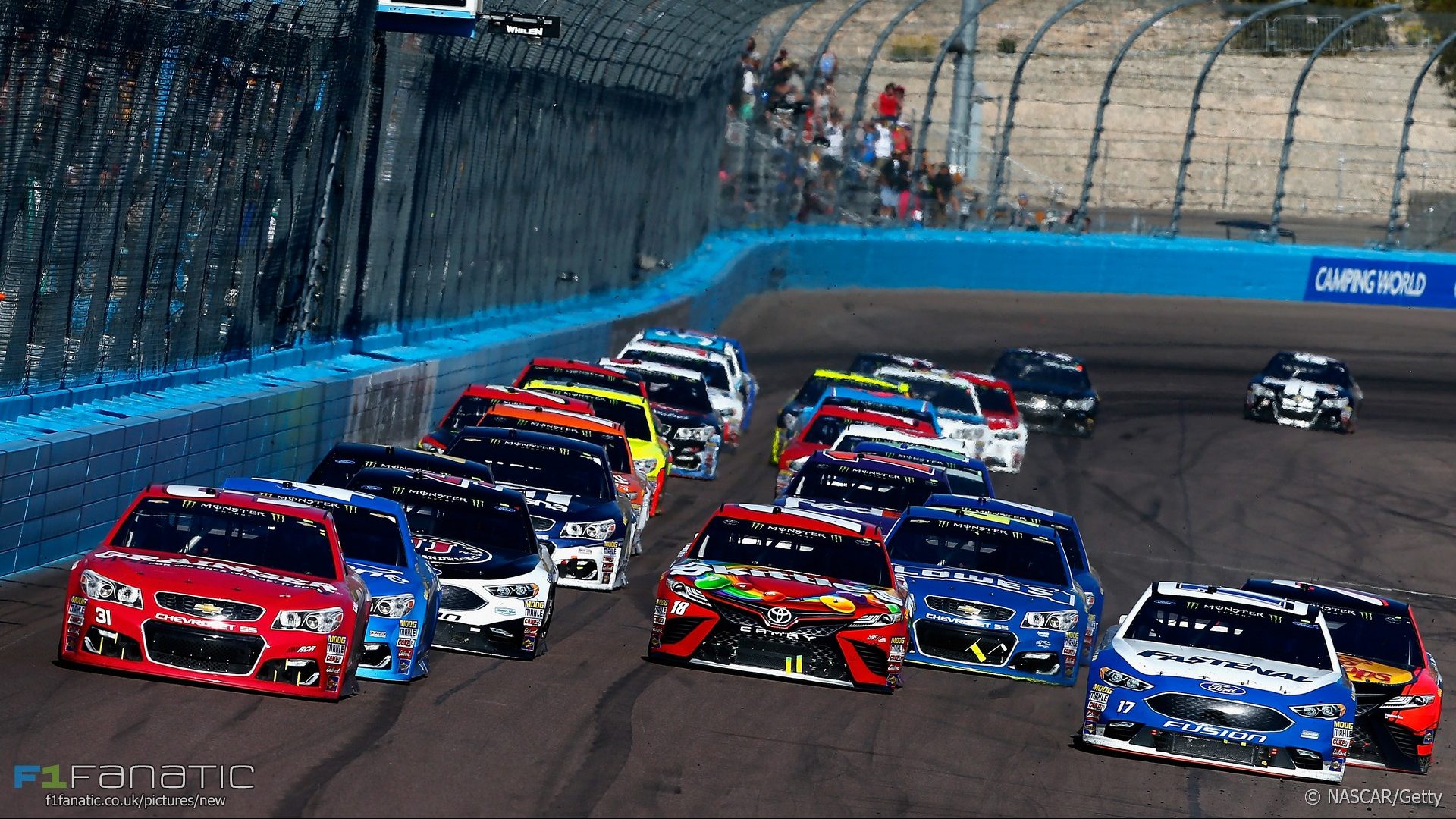 Round four of the 2017 NASCAR championship provided a surprise winner who hadn’t made it home first in over 100 races.

A gamble on old tyres allowed Ryan Newman to score his first NASCAR victory for more than three-and-a-half years at Phoenix International Raceway on Sunday.

Joey Logano led the opening laps but later crashed. Ironically the yellow flags he brought out spoiled the victory chances of new leader Kyle Busch, whom Logano had been attacked by in the pits at Las Vegas last week.

Newman opted against pitting ahead of the final two-lap sprint to the flag. He took the chequered flag ahead of Kyle Larson and Busch, ending his 127-race wait for a victory. Four races in, he lies 11th in the points standings which Kyle Larson leads.

Cadillacs swept the podium at the 12 Hours of Sebring led by former GP2 racer Alex Lynn with team mates Ricky and Jordan Taylor. The second successive win for the number 10 car meant it swept the ’36 hours of Florida’ following its Daytona 24 Hours victory in January.

They were followed home by the sister car of ex-F1 racer Christian Fittipaldi, Joao Barbosa and Filipe Albuquerque. The podium was completed by Dane Cameron, Eric Curran and WEC regular Mike Conway.

The decisive moment came after the race’s three-quarter mark when Jordan Taylor took advantage of the traffic to get past Albuquerque and sprint away as darkness fell. The Whelen car did well to join them on the podium after spinning out from the lead early on and losing two laps with a starter motor fault.

The best of the rest in a race which took its toll on many big names was the JDC Miller-run Oreca. Among those to hit trouble was the pole-sitting Rebellion Oreca with star drivers Sebastien Buemi, Nick Heidfeld and Neel Jani which had electrical problems throughout and eventually retired with less than two hours to go. Both the ESM Nissans and the Mazdas suffered from various troubles.

In the Prototype Challenge class the biggest surprise was the lack of incidents. Following a rash of yellow flags at Daytona all four entries had no incidents of note. The number 38 Performance Tech car of James French, Pato O’Ward and Kyle Masson took the class win and a creditable fifth place in the overall standings.

Corvette Racing took GTLM honours for the third year in a row with Antonio Garcia, Jan Magnussen and Mike Rockenfeller after an incredible race-long battle between all four manufacturers in the class. The Patrick Pilet-led Porsche #911 was the class of the field as night fell, but a puncture and drive-through penalty dropped them from the class lead to seventh.

Mercedes took their first ever class win in the IMSA championship as Riley Team AMG were victorious in the GTD class. Jeroen Bleekemolen, Ben Keating and Mario Farnbacher carved their way through from seventh in class to dominate. Scuderia Corsa and Ferrari were a distant second, while a close battle for third ended with the #75 Sun Energy Mercedes beating the Nurburgring-based Land Motorsport Audi squad to the final podium spot.

Race video not available yet.

The long wait is almost over – the first round of the 2017 Formula One world championship begins on Sunday.

This weekend also sees round five of the NASCAR championship at Auto Club Speedway in California.