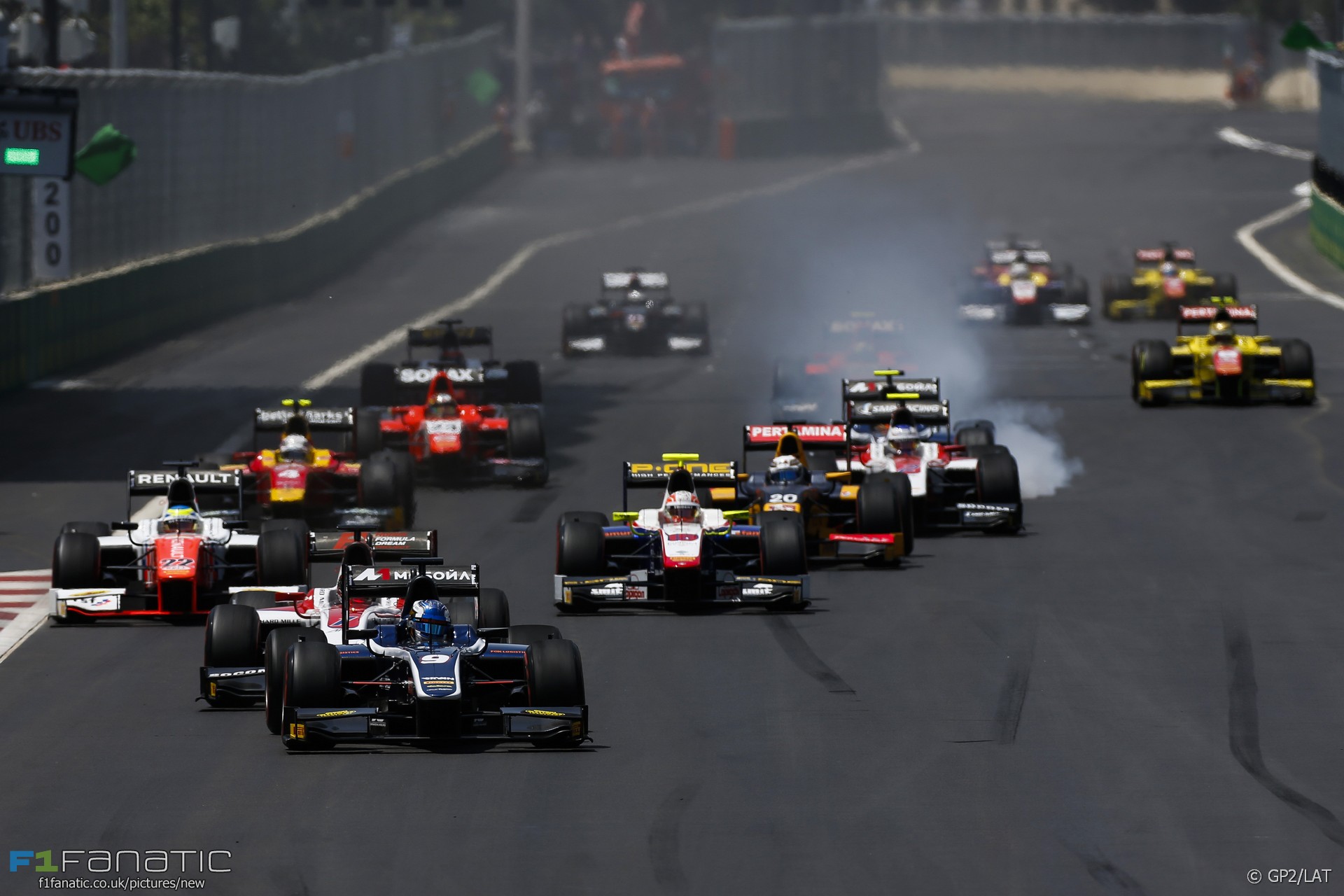 The GP2 series will be renamed Formula Two with effect from 2017, the FIA has confirmed.

“The World Motor Sport Council approved the creation of the FIA Formula Two Championship for 2017 onwards,” the FIA announced in a statement.

“The FIA reached an agreement with the Formula One Group regarding the transition of the GP2 Series to FIA Formula 2, and the series will support the FIA Formula One World Championship in all but one of the dates.”

The renamed Formula Two series will support Formula One at the Bahrain, Spanish, Monaco, Azerbaijan, Austrian, British, Hungarian, Belgian, Italian and Abu Dhabi Grands Prix this year. It will also have a standalone event at the Jerez circuit in Spain prior to its final round.

The change of name will bring with it an increase in superlicence points for drivers who finish in the top ten this year. The top three drivers will all score 40 points instead of the top two, and the next seven will score 30, 20, 10, 8, 6, 4 and 3 points respectively.

“Rationalising the pathway to Formula One has been a major goal of the FIA in my time here and the designation of a new F2 would achieve that goal,” said FIA president Jean Todt in a recent interview for the governing body’s Auto magazine. “Obviously we are in an early phase of involvement in this championship but I think there is a lot of scope for development.”

GP2 was created in 2005 as a replacement for Formula 3000, which itself had replaced Formula Two ten years earlier. Another Formula Two championship was run by the FIA between 2009 and 2012.

Formula One chairman Chase Carey said he was “very pleased” with the change which he said will strengthen the series. “Junior categories and especially the upcoming Formula Two championship are strategic activities for Formula One.”