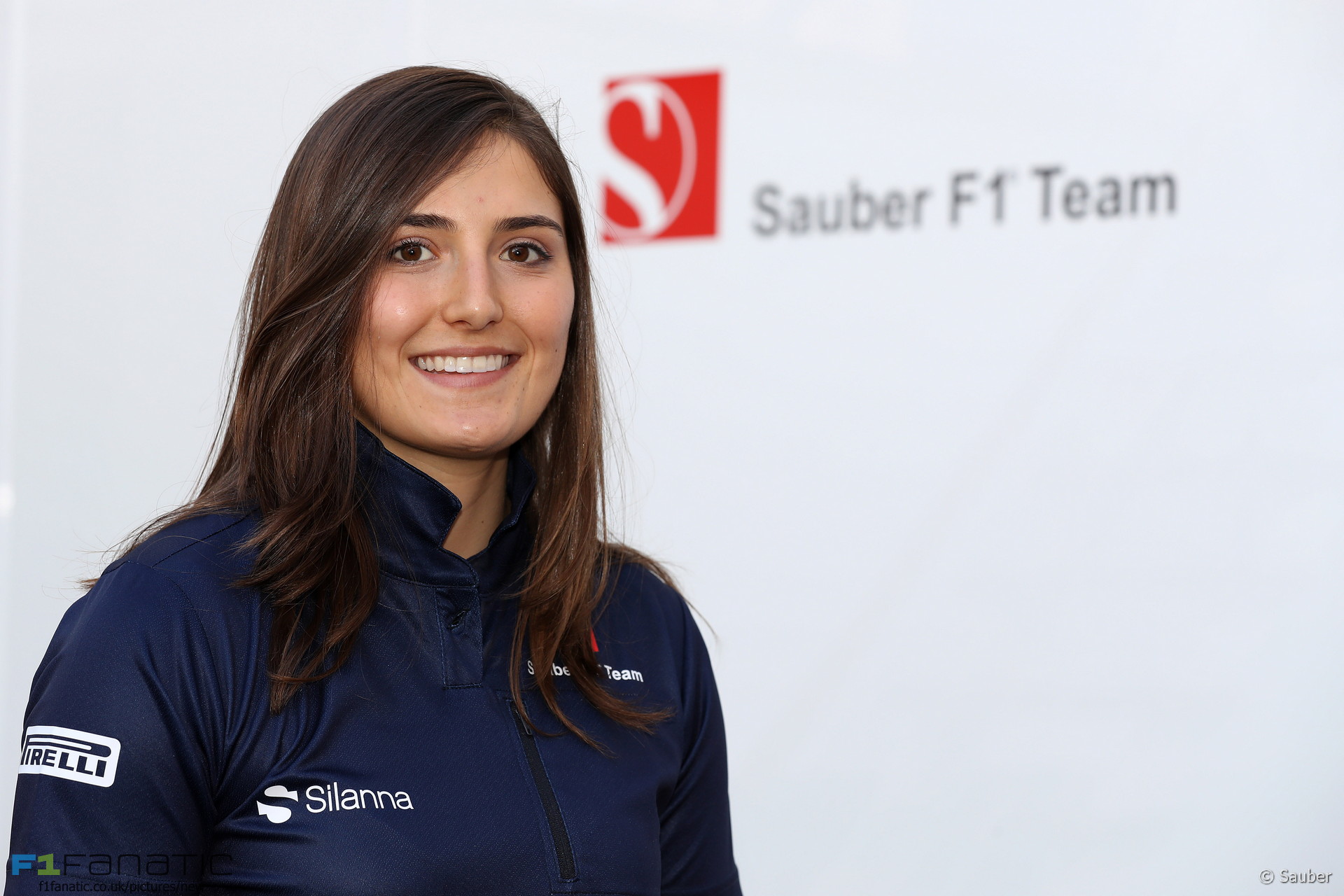 Sauber has signed Colombian racer Tatiana Calderon as a development driver for the 2017 F1 season.

The 23-year-old is one of the leading women in junior single-seaters having raced extensively in Formula Three. She moved into GP3 with Arden last season but ended the year 21st.

She will join the team’s young driver development programme which will including coaching from the team’s engineers at the track and at their base during selected race weekends. Calderon will also have simulator training sessions, although Sauber does not have its own simulator.

The Colombian racer is backed by Escuderia Telmex, which previously brought Mexican drivers Sergio Perez and Esteban Gutierrez into Formula One.

“We have the opportunities and facilities to provide Tatiana a professional platform on which she can further develop her knowledge and skills in racing,” said Sauber team principal Monisha Kaltenborn.

“I am convinced that we can provide her lots of in-depth motorsport know-how for her future career in racing.”

Calderon said: “I am grateful to be working with such an established Formula One team and to benefit from its long experience. I look forward to working with the team and learning as much as I can.”

“It is a step closer to my dream – one day competing in Formula One.”