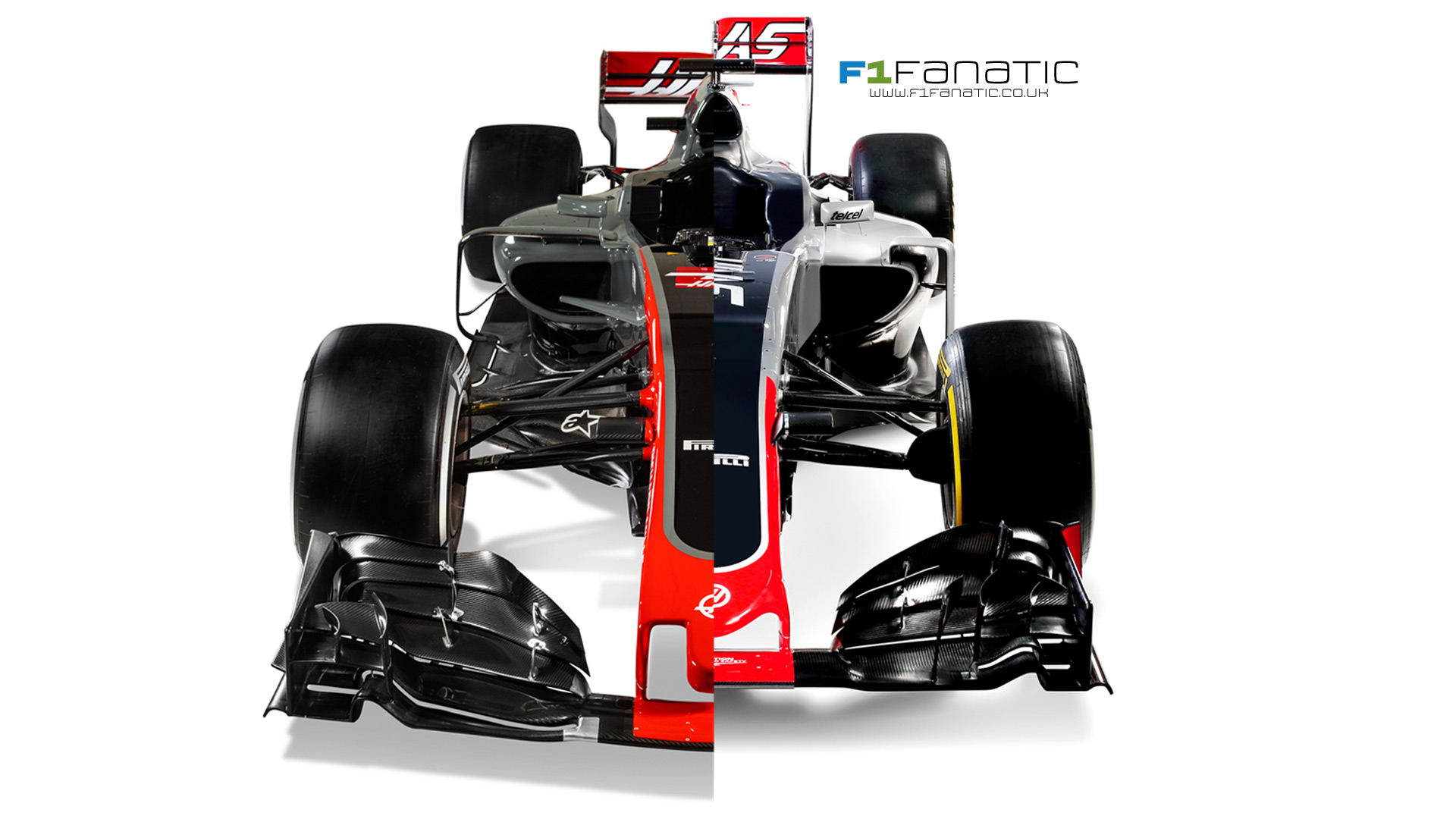 The rookie team of last year is back for a second season. The new Haas again uses technology from Ferrari and Dallara, but how does the team’s second car compare to its first? These interactive images reveal the outwards changes.

Use the slider below to transition between images of Haas’s new 2017 VF-17 and last year’s VF-16. Note some images may have been altered for ease of comparison and should not be used as a reference for measurements.

Although the VF-17’s front wing is bigger and wider than the old car’s, the concept behind it has changed little.

It’s a different story further back where extra, wider winglets have appeared on the chassis where previously they weren’t permitted.

Haas is the only customer team using Ferrari’s 2017 power unit and their air intake is similar in size if not in shape. It stands in contrast to the considerably larger intakes on the Mercedes and its customers’ cars.

Haas is the latest team to sport a shark fin but theirs has a steeply-angled section cut from the back. Delivering clean air to the rear wing is now at a premium due to its reduced height.

Further forward we can see that while the team has taken advantage of the new aerodynamic dimensions available they haven’t been quite as ambitious with their launch specification as other teams. However much of this may change between now and the first race.

Unsurprisingly, the rear packaging of the Haas doesn’t look as sleek as the Ferrari. As an engine customer, Haas it as a disadvantage as their power unit is not designed specifically for their chassis. They may not receive key information about the dimensions and specifications of the design until some time after Ferrari have. The same goes for customers of other engine manufacturers.

An optical illusion in the top-down picture of the 2017 car gives the false impression Haas has adopted Force India’s ‘nostrils’ from the past two seasons.