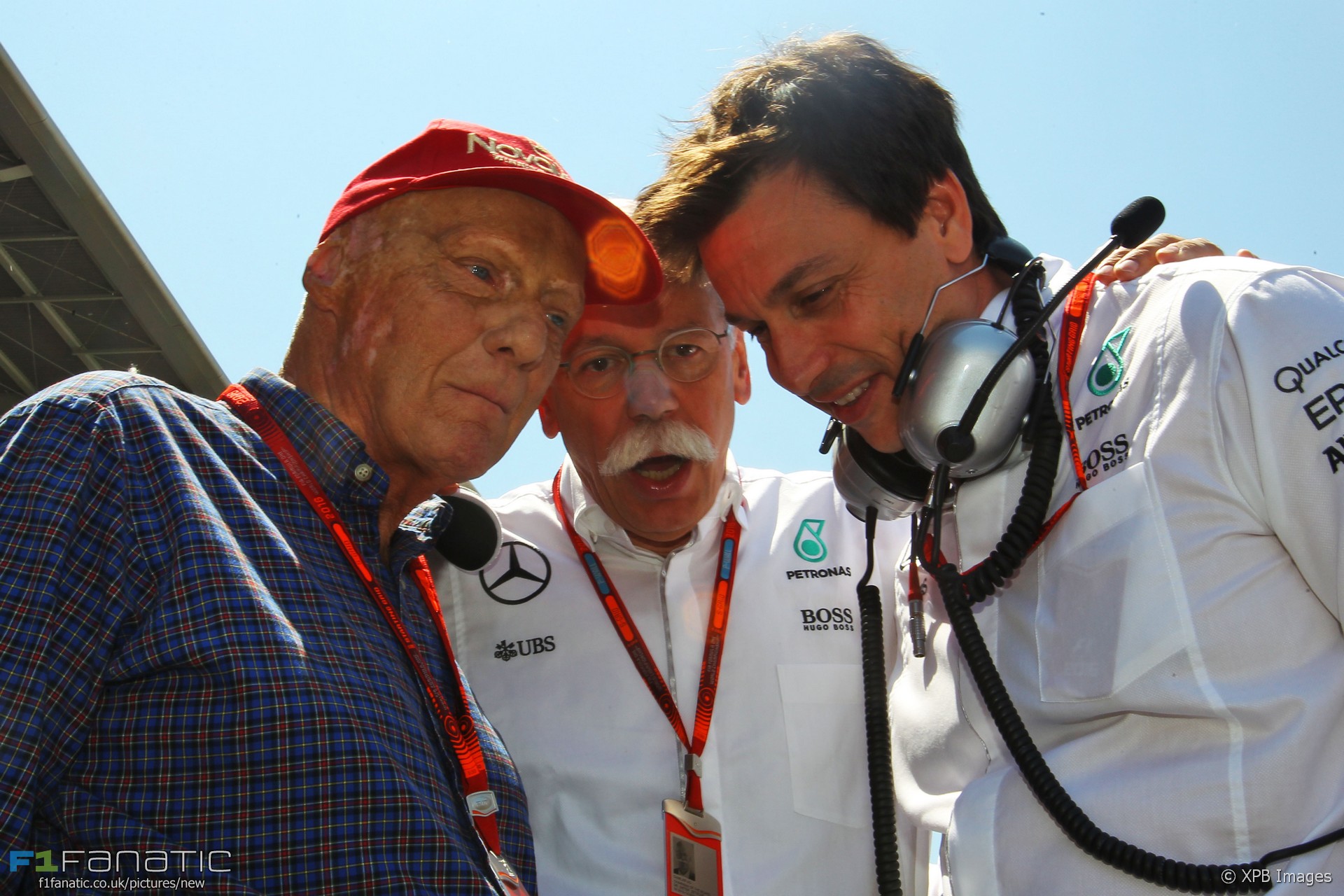 Mercedes executive director Toto Wolff and non-executive chairman Niki Lauda have extended their deals with the team until 2020.

The team noted in a statement their new contracts “align with the expiration of the current Commercial Agreement with Formula One Management”.

Dieter Zetsche, chairman of the team’s parent company Daimler, praised the pair for their results since taking over the team in 2013. Mercedes have won all three constructors’ championships since and their drivers have taken a trio of titles. The team has won 51 of the last 59 grands prix.

“It’s great news that Toto and Niki have extended their agreements,” said Zetsche.

“In 2013, we restructured the management of the Team with the clear goal of improving our performance. Since then, however, the results have exceeded our expectations.”

“A key factor in this success has been the combination of Toto’s entrepreneurial skills and Niki’s experience. Their renewed commitment gives our programme important continuity for the next four years.”

Lauda said he and Wolff have a “perfect partnership” and that “the last few years have been some of the most enjoyable I have had in Formula One”.

Wolff continues to hold a 30% stake in the team while Lauda owns 10%. The remaining 60% is held by Daimler.

3 comments on “Wolff and Lauda commit to Mercedes until 2020”