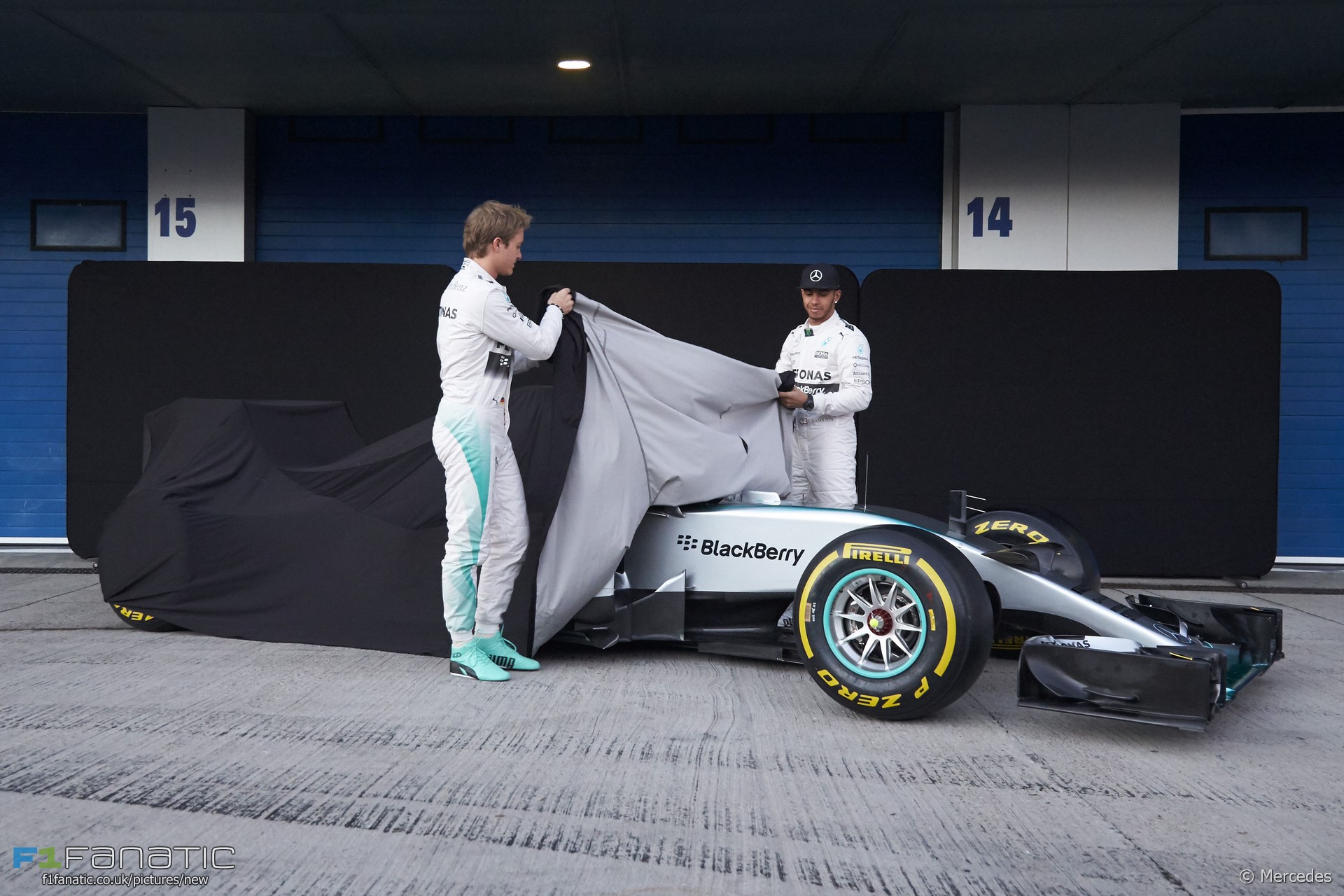 Lewis Hamilton says Formula One’s larger cars for 2017 will take some getting used to.

New technical regulations for 2017 have increased car widths from 1,800mm to 2,000mm, meaning they are now as wide as they were 20 years ago. It’s the second major change in the look of the cars since Hamilton arrived in F1.

“When the 2009 car came it looked terrible because it’s different,” Hamilton said of the design changes in his first year as world champion. “But then eventually you got in that car and the old cars looked weird compared to the new cars and I think that’s going to be the same.”

Speaking in an interview for one of his team’s sponsors Hamilton gave his first impression of the Mercedes W08 which is due to be launched on Thursday. “I mean it looks like a boat,” he said. “It’s so big, so much bigger than before. It’s wider, longer.”

“From the cockpit back to the axle there’s so much material. In 2007, 2008 the distance between the fuel tank and the rear axle was really short. So it’s a lot different. But I’m sure we’ll grow into it, I’m sure people will like it because we’ve got the wide tyres.”

He also gave another indication of the expected leap in performance from the new cars. “It’ll be flat-out through Copse,” he predicted. “I don’t know if that’s better or not but we’ll see.”

Hamilton admitted he would like to see Formula One cars become considerably simpler. “I would take almost everything off,” he said. “I would go back to a more generic car.”

“I liked having a gear stick. I’d take the quick-shift off, I don’t like these gearboxes that we use today.”

“When I was driving Formula Three it was Tiptronic so it was forwards and backwards but you had to pull like an engine cut. So it was just cool to come into the corners and have to blip coming down the gears. It was just fantastic.”

“But now it’s all done with the click of a button and you have to work with your engineer to work on the consistency, how much engine braking you use, it’s ridiculous.”

Get all the 2017 F1 race, test and launch dates on your mobile device using the F1 Fanatic Calendar

57 comments on ““It looks like a boat”: Hamilton on new Mercedes”