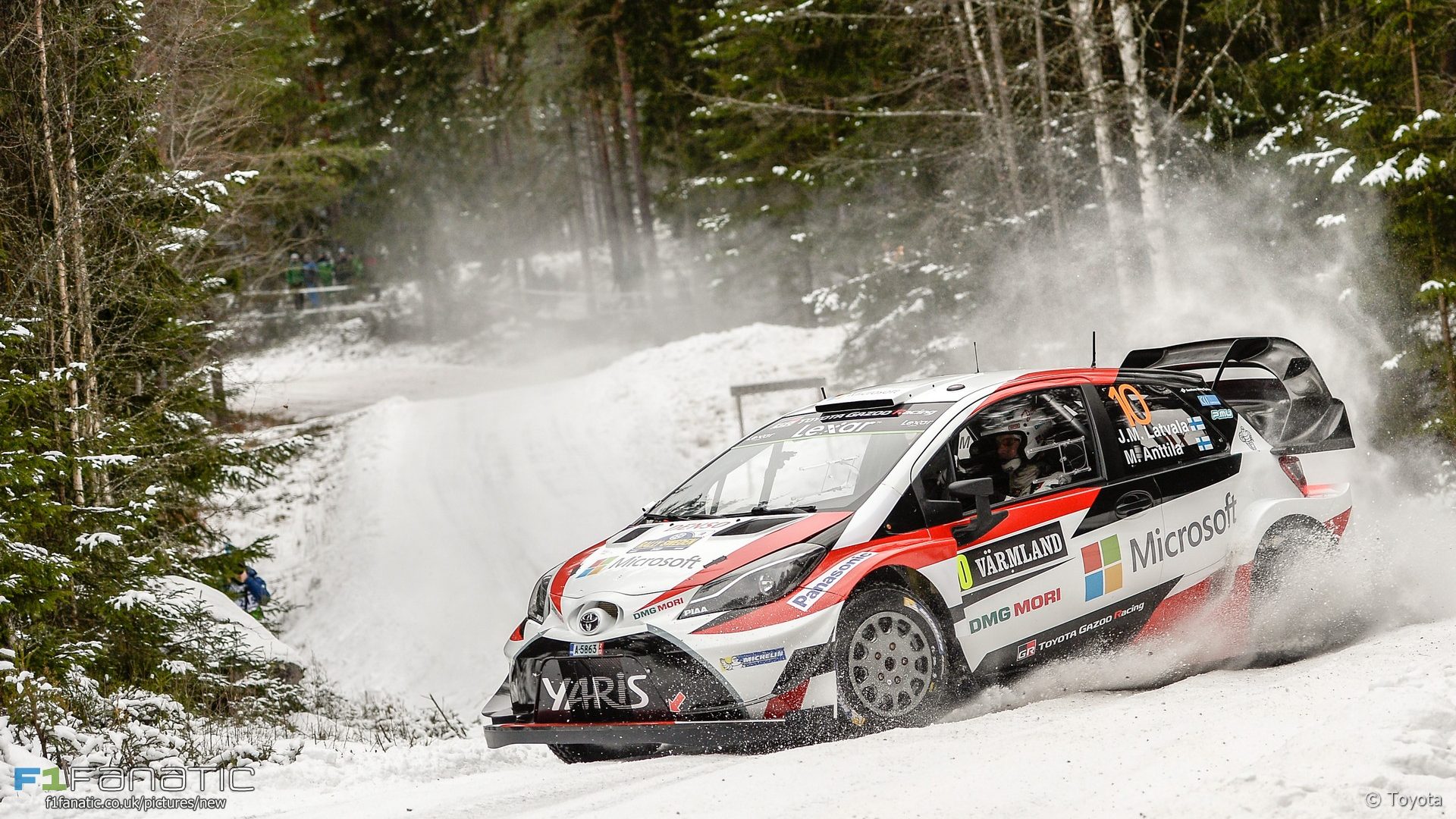 The second World Rally Championship event of the season saw another spectacular event for the championship’s new, faster cars.

Close battles throughout, late drama, and a winner last seen on the top in 1999 were all notable points, though once again there was concern over the speed of the new machines.

The new era of WRC cars rolled into Sweden for the championship’s only pure snow event. Toyota’s Jari-Matti Latvala took the lead on the opening super special stage on Thursday night, before he and Thierry Neuville – hoping to bounce back after his late disappointment in Monte Carlo – traded the lead over Friday morning.

Neuville came into his own in the afternoon however and began to pull away, while Kris Meeke, Craig Breen, Elfyn Evans and Juho Hanninen behind him fell off the road. Mads Ostberg arguably suffered the scariest incident however on his return having missed Monte Carlo, as the huge new spoiler detached itself from his car while flat out.

While Neuville further edged away on Saturday morning Latvala began to look backwards not forwards, as a trio of stage wins for Ott Tanak put him within striking distance of second place. It was soon announced however that one of the stages run in the morning was cancelled and would not be re-run in the afternoon on the advice of the FIA, after the leading cars exceeded the maximum average stage speed during the first run.

That left one stage fewer for Neuville to navigate as he sought to make amends for his Monte Carlo calamity, but it wasn’t to be. He came unstuck on the short super special stage that endedd Saturday’s running – re-living his Monte nightmare by crashing out on the final stage of the penultimate day. This set up a tight battle for the win over Sunday’s remaining three stages after Latvala lost time while slowing to avoid Meeke’s stricken car on stage fourteen.

Reigning champion Sebastien Ogier – who was just 16.6 seconds from the lead in third – ruled himself out almost immediately with a spin at the start of the day, but Latvala proved to be untouchable. Tanak never got closer than the 3.8 seconds he was behind at the start of the day as a hat-rick of stage wins saw Latvala claim Toyota’s first victory in the championship since 1999 after returning this season.

What did you make of the events of rally Sweden, and the decision to cancel stage twelve after excessive speeds? And what other racing action did you watch last weekend? Let us know in the comments.