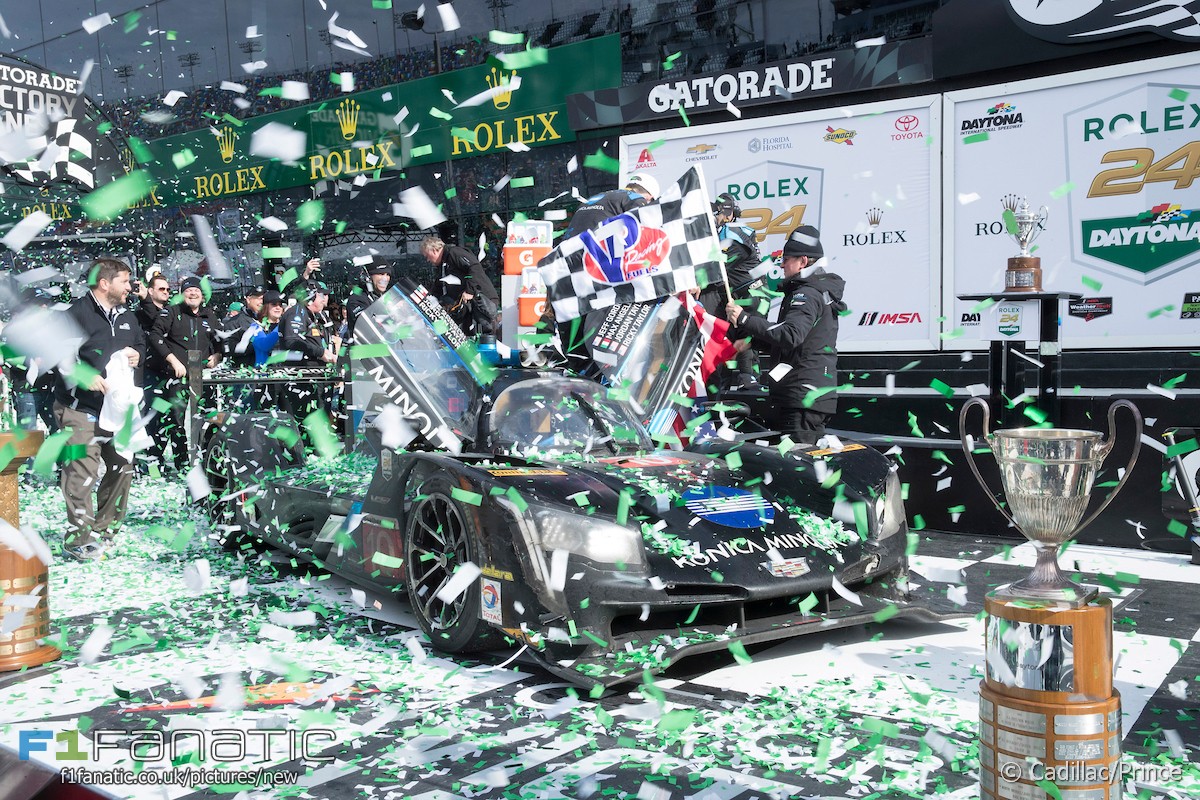 A late collision between the two leading drivers of the Daytona 24 Hours decided the outcome of the race with just minutes left on the clock.

NASCAR star Jeff Gordon, Max Angelelli and brothers Jordan and Ricky Taylor took the victory for Cadillac in the Daytona 24 Hours. However the decision moment of the race proved deeply controversial: Ricky was involved in a collision with the leading car of Felipe Albuquerque.

Taylor dived to the inside of Albuquerque at a gap that was always likely to close and inevitably the pair collided. Albuquerque was sent spinning off but the stewards decided no action was necessary. Taylor held on to win despite a furious Albuquerque hunting him down over the final laps.

Cadillac dominated the race from the start. They held the top three places until the eighth hour when the number 31 car lost six laps in the pits. Rain had begun to fall shortly before they hit trouble and in the pit stops which followed Brendon Hartley’s Nissan became the race’s the first non-Cadillac leader. But he ground to a halt soon afterwards, removing Cadillac’s closest threat.

As the race passed the halfway mark the heavens really opened, leading to nearly four hours under caution. The track began to dry with four hours to go however, causing drivers to rush to the pits and the order to shuffle considerably. Cadillac remained out front however with the battle always on, eventually culminating in the late collision with just seven minutes of the twenty-four hour race to go.

What did you make of the Daytona 24 Hours? Do you think the stewards were right to take no action on the late race incident?

And did you watch any racing action last weekend that we haven’t covered? Please let us know in the comments below.

Next weekend is the 15th running of the Bathurst 12 Hours.