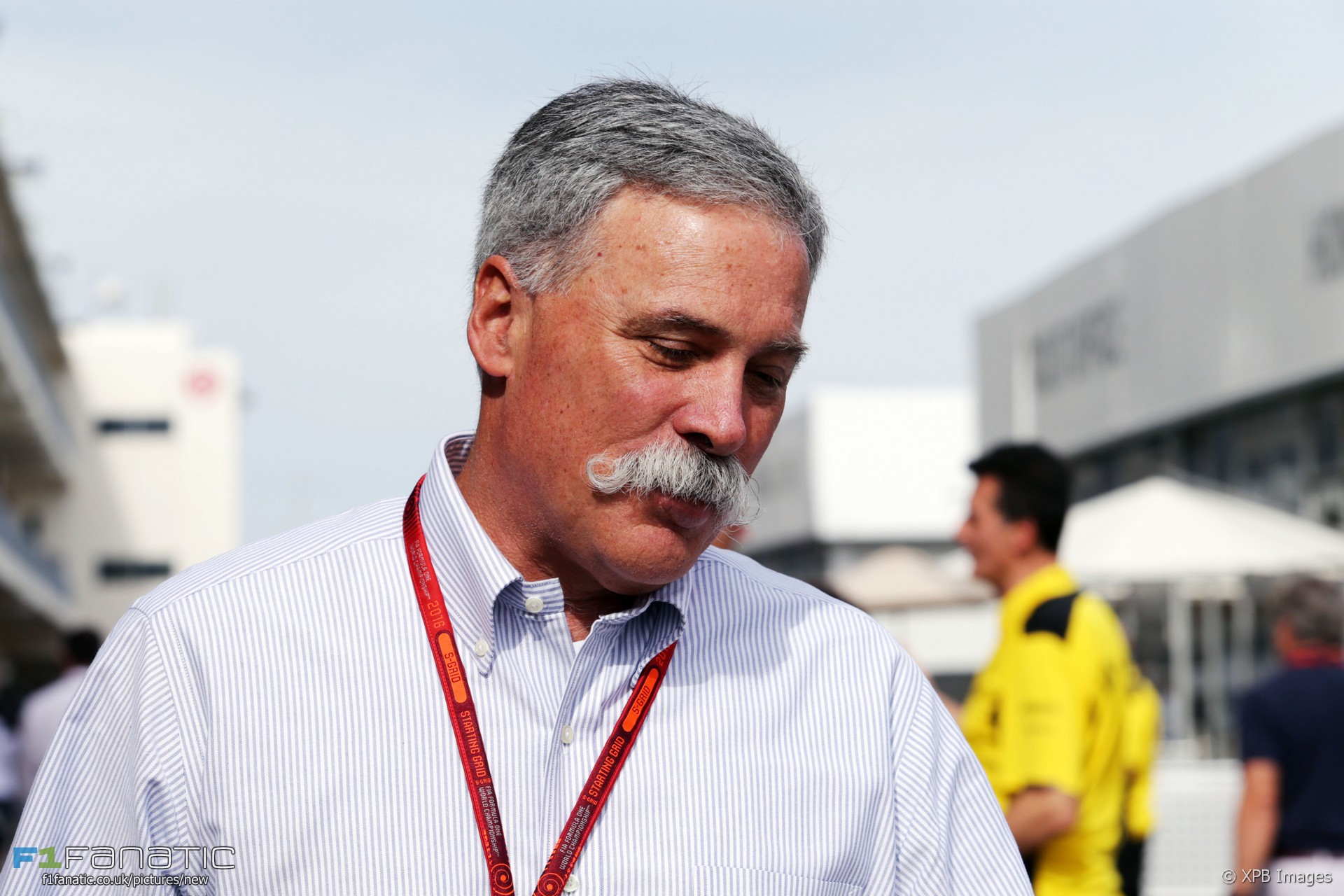 New Formula One CEO Chase Carey believes the sport has not reached its full potential in recent years.

Carey, who has replaced Bernie Ecclestone in charge of the sport, told Sky “Liberty and I shared this view as we looked at the business, felt that particularly over the last four to five years the business had not grown”.

“The sport had not grown to its full potential, and we needed to put a new organisation in place that was able to really grow the sport in today’s world, in the way it needs to grow. And in some ways work with the partners in the business so that we can make the sport everything it can and should be for its fans.”

However he paid tribute to outgoing CEO Ecclestone, whose departure was announced yesterday.

“Bernie deserves enormous credit for the business that has been built over the last number of decades,” said Carey. “Realistically it just got sold for $8 billion, so the ultimate proof in the value he created is there for all to see.”

“But he has unique insights in the business, he understands it probably better than anyone else, his advice will be invaluable. He has been helpful to me to date and I look forward to his advice as we go forward.”

Carey has appointed Ross Brawn in charge of the motor sport side of the business. “Ross brings decades-long experience of incredible success in the sport,” he said.

“I think from Ross’s perspective what we want to do is make sure we make the sport on the track everything it can and should be. Make everything as exciting as possible for the fans, as energising as it can be for its fans.”

24 comments on “F1 is operating below its potential – Carey”