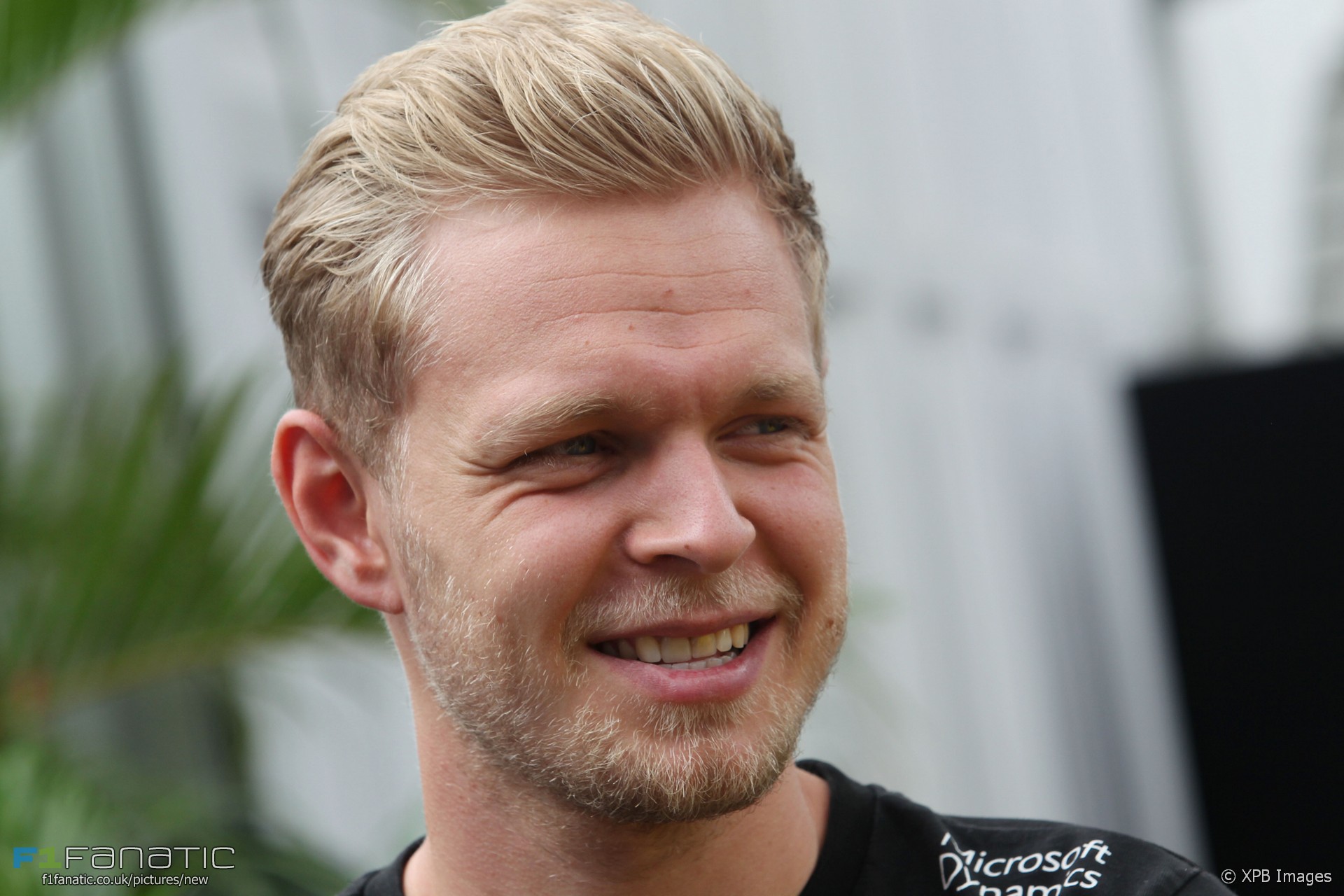 In the round-up: Kevin Magnussen is optimistic F1’s new rules for 2017 will make the cars more challenging to drive.

"With the old cars and last year's cars it's been more a compromise. Your driving style was very compromised with tyres, limited grip and a lot of power, so a lot of wheel spin. (The 2017) cars will hopefully be more about finding the limit."

"The move to wider tyres in 2017 means that the performance of Pirelli's intermediates and full wets will be different this year, not only in terms of how they perform but also in relation to when they are in their ideal laptime window."

"This deal with Donington was not a deal instead of Silverstone, it was completely separate. But we have no plans to operate Silverstone any more."

"McLaren Racing and Stratasys are delighted to announce a new four-year partnership under which Stratasys will supply McLaren Racing with a suite of 3D printing and additive manufacturing solutions."

"Jules loved football. We are delighted with the position, in such a dynamic zone, so full of promise."

Just came across this picture from last year. Presumably this is now in a bin somewhere? #F1 https://t.co/LjD6F2qOBP pic.twitter.com/vZL5kHSFT7

I and many others have a lot to thank Bernie for these past 40 years. But it was definitely time for Mr E to stand aside. #F1

Looking forward to the Liberty Media revolution. They've got some big plans, which is great. Much better than being own by a holding company

He always said #F1 ran best with a dictator in charge. Now we're about to find out if he was right or Liberty are indeed the way forward

Peopke thinking that F1's business practices will suddenly change tomorrow morning may be in for a shock. #F1

Former Williams technical head Pat Symonds has been appointed as a Visiting Professor at Cranfield University.

Absolutely gutted knowing Bernie Ecclestone has been forced out.

His style and character have become what Formula One is and has been for so long that if you stop and think of the drivers who have lived, died with little or massive success during their all were under Ecclestone’s wings.

You’ve done well Mr Ecclestone and many of us who follow the sport have had you as the leader if the pack. The new guys will have to create some amazing tricks to accomplish what you have. Thanks.
Ted Bell

Happy birthday to Luca Badoer, who is 46 today, and Scott Speed, who turns 34.

42 comments on “Magnussen relishing return to ‘on the limit’ cars”