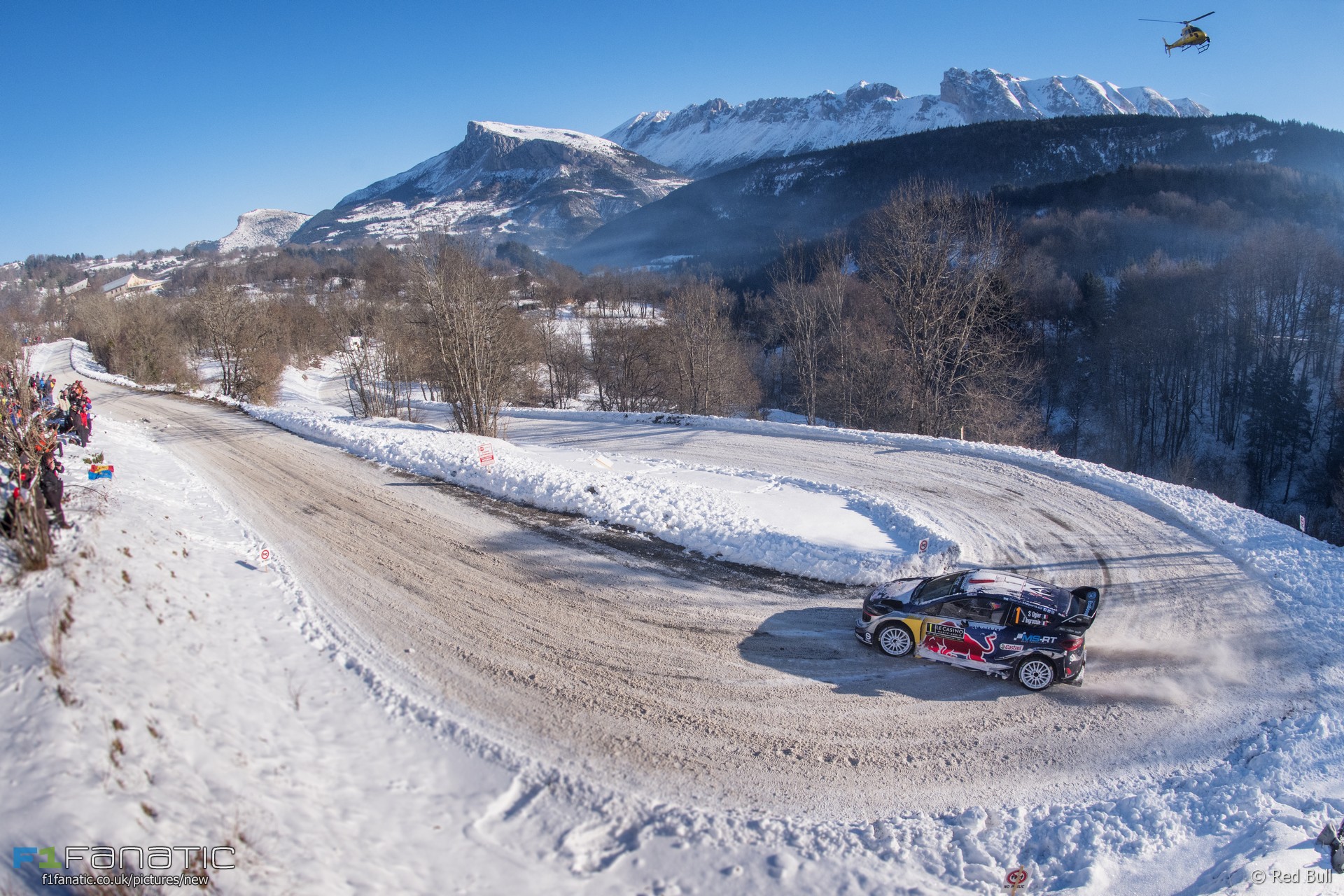 Ex-F1 driver Juan Pablo Montoya won on his debut in the Race of Champions last weekend.

However the World Rally Championship’s new season was overshadowed when a spectator was killed in a crash during the first stage of the Monte-Carlo Rally.

The opening rally of 2017 saw the debut of the WRC’s much-vaunted new, quicker cars. And with reigning champions Volkswagen having departed, leaving Sebastien Ogier to find a berth at M-Sport, there was no shortage of questions about how the championship would unfold.

However these matters retreated to the back of the mind after Hayden Paddon rolled his Hyundai i20 on the first stage. The Automobile Club de Monaco later confirmed a spectator died after apparently being hit by the car. Paddon’s entry was withdrawn as a mark of respect.

The rally continued and Paddon’s team mate Thierry Neuville built an early lead as his rivals fell off the road. Kris Meeke and Juho Hanninen both crashed out on the opening day, while Ogier lost over 40 seconds in a ditch.

Despite an advantage of nearly one minute however, it was not to be for Neuville. A small error on the final stage of Saturday broke his suspension, and he spent over 30 minutes fixing the car and dragging it to the end. Following the conclusion of the action on Saturday, Meeke’s weekend went from bad to worse after he was hit on the road section by a motorist, leaving his Citroen too damaged to continue.

This left Ogier leading from his team mate Ott Tanak, with Jari-Matti Latvala third on Toyota’s return to the championship. M-Sport’s dreams of a one-two were soon shattered however as an engine problem for Tanak left him haemorrhaging time on the final day. Under the circumstances he did a fine job to hold onto third.

Crowd control worries after Thursday’s crash meant a late start to the Saturday running and prompted the cancellation of the penultimate stage.

Montoya made his Race of Champions debut with style on Saturday, by picking up the Champion of Champions title after a comfortable 2-0 defeat of multiple Le Mans winner Tom Kristensen in the final. The talking point of the opening day however was a big crash for Pascal Wehrlein which saw the Sauber driver clip Felipe Massa as the race ended and roll his car. Thankfully, both Wehrlein and his passenger – who got far more of a ride than he bargained for – escaped without injury.

Wehrlein’s accident ruled him out of competing in the Nations Cup on Sunday, leaving Sebastian Vettel as the sole entrant for Team Germany. This did nothing to detract however as he swept to victory without losing a single race, beating Team USA NASCAR – consisting of Kurt and Kyle Busch – in the final.

Following the Nations Cup, a brand new event for 2017 was held – USA vs The World. In a variety of pre-matched head-to-heads, The World came out on top 8-7 after Petter Solberg beat Scott Speed in a three-point final. Following the final race, eight of the nine The World drivers climbed aboard the car with Jenson Button behind the wheel for a highly unusual victory lap.

What are your thoughts on the opening round of the World Rally Championship? Will Ogier have more of a fight this season to retain his title?

And did you watch any racing action last weekend that we haven’t covered? Please let us know in the comments below.

Next weekend is the historic Daytona 24 Hours, marking the start of the 2017 IMSA series.