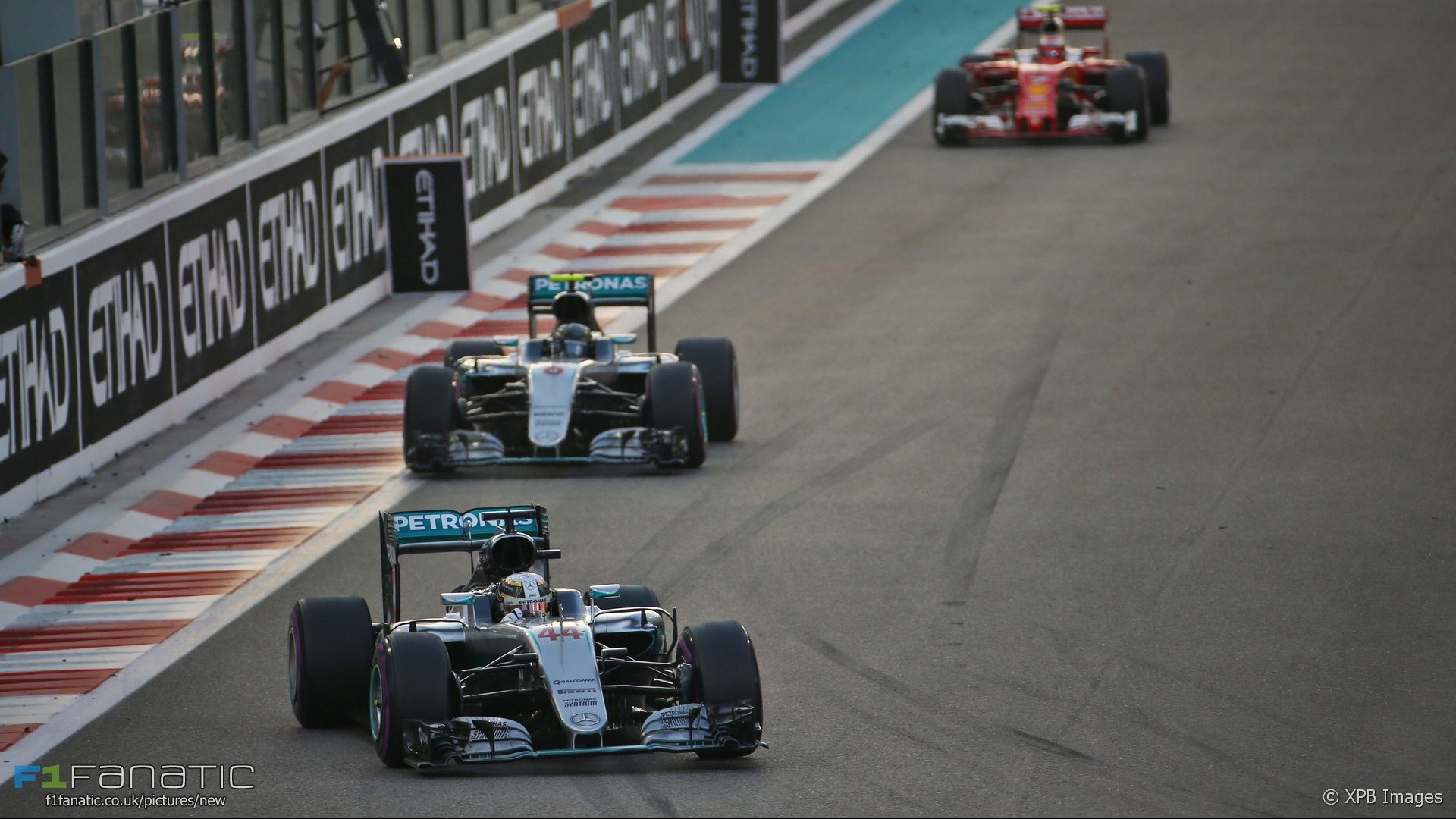 Hamilton was unable to keep his team mate from finishing second, which was what Rosberg required to clinch the title.

“At the end of the day we’re out there to race,” Hamilton told reporters in Abu Dhabi. “The team had already won the constructors’ championship.”

“At that point, what am I supposed to do? Sit there and let the dude win the championship? I had to help myself.”

However Hamilton is optimistic he will have a chance to win further titles in the future. “Providing in following years we’re in equal cars there’s more championships to be won,” he said.

Asked if he felt the best driver had won this year Hamilton added: “I don’t agree with that necessarily. I’ll leave that to your imagination.”

Hamilton said his team’s repeated radio messages urging him to speed up were unnecessary. “I don’t know why they didn’t just let us race,” he said in the post-race press confernece.

“There was never a moment when I felt that I was going to lose the race. It is a shame, it’s quite clear their thought process, I don’t really have much to say.”

Hamilton congratulated his team mate on the championship but also pointed out the difference in reliability the two had enjoyed during the season.

“I did everything that I could, particularly towards the end and obviously Nico had a very, very clean year without any real issues to be honest and that’s why we sit in this position right now,” said Hamilton.

“But he did a fantastic job, so big congratulations to him, it’s a great feeling to win the world championship and I look forward to fighting with him next year.”