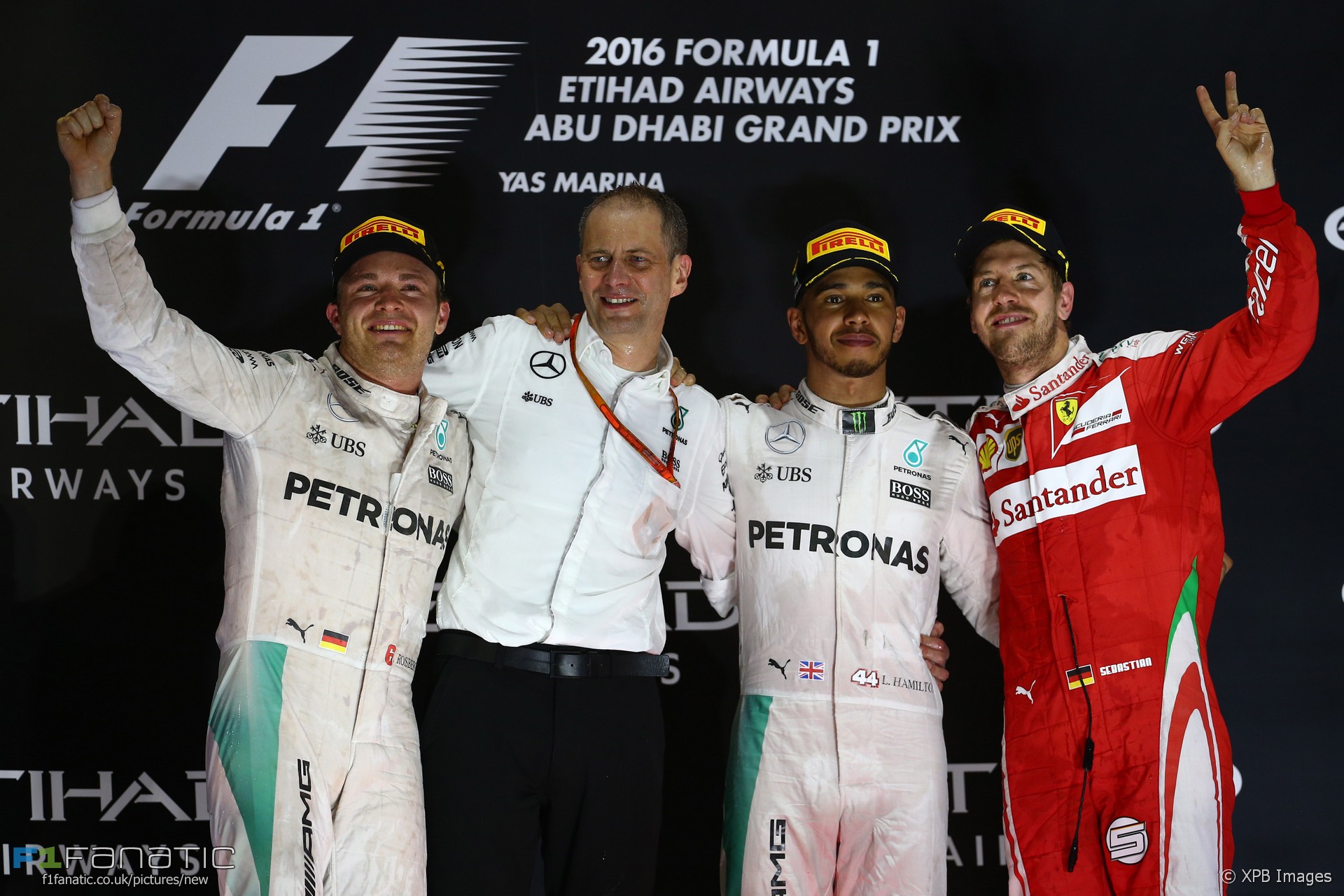 Lewis Hamilton won the Abu Dhabi Grand Prix but was unable to keep Nico Rosberg from taking the title.

Hamilton backed off at strategic points during the race as he tried to help Rosberg’s rivals overtake the Mercedes. But it was to no avail – the pair crossed the line in first and second with Sebastian Vettel and Max Verstappen right on their tails.

Vettel had picked off three cars after a late pit stops to take a set of super-softs but was unable to find a way past the Mercedes on Yas Marina’s long straights.

Nico Hulkenberg and Sergio Perez took seventh and eighth, securing a best-ever fourth in the championship for Force India. That was assured once Valtteri Bottas made an early exit from the race.

Fortunes varied for Felipe Massa and Jenson Button in their final races. The Williams driver took points for ninth but Button dropped out early following a suspension breakage. The other McLaren of Fernando Alonso claimed the final point.