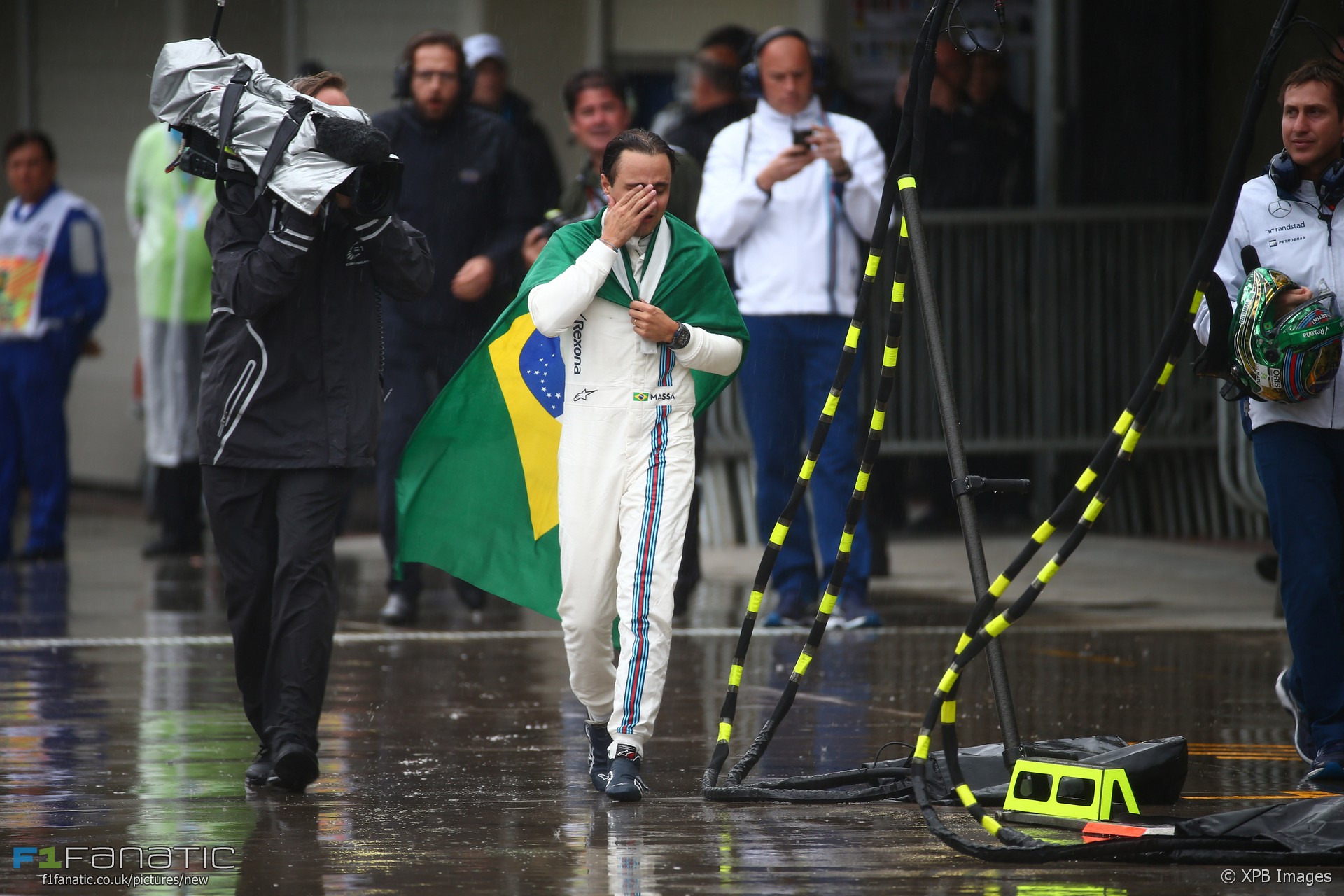 Felipe Massa’s reception from fans and teams following his Brazilian Grand Prix retirement was indescribable, according to the Williams driver.

Massa was greeted with cheers by his home fans and applauded by rival team members after crashing out of his final home race two weeks ago. He described the moment he returned to the pits as an “amazing feeling”.

“The first moment after I crashed before I was not happy because I wanted to finish my last race at home,” said Massa. “I even prepared a Brazilian flag in corner on to do the lap. I was so disappointed to finish like that.”

“But then when I started to walk and kind of talk with the grandstand I just had an amazing feeling. Then started to cry, couldn’t hold. That walk I was doing was like forever. Amazing feeling that is impossible to describe.

“And I then when I get to the pit lane I saw all the teams out, that I couldn’t believe. It is still the middle of the race and the race just stopped.”

“It’s impossible to describe how emotional it was and how thankful I am for everything that I passed through this year. The only thing is to say thank you to everybody including you guys, everybody that was around me for whatever this period that I was racing Formula One.”

Massa and Jenson Button will both bow out of F1 after Sunday’s grand prix. “I really hope Jenson feels the same here in this race,” siad Massa, “because it’s a very special feeling and very special emotion.”

“I’m proud of my career even if I couldn’t have the title like him, I was missing one point.”

However Massa doubts he will be able to end his career with his first podium finish of 2016.

“I managed to finish here second two years ago,” he said. “I know it will not be easy to get the same this race but if we can take the best out of the car, if we can do a good race, then is when you feel happy.”

8 comments on “Emotion of Brazil race was indescribable – Massa”