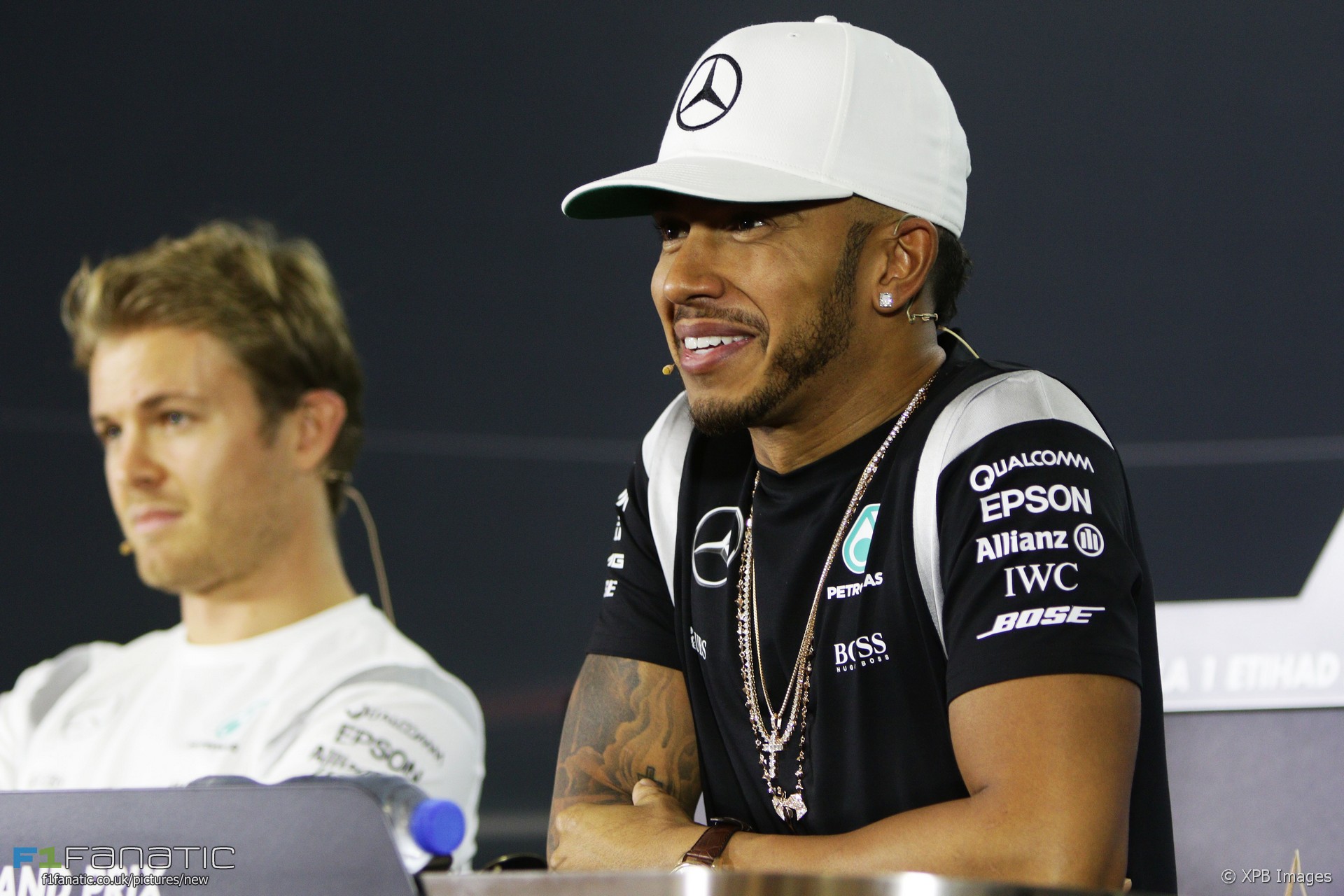 Lewis Hamilton says it wouldn’t be practical to hold Nico Rosberg up in order to encourage others to overtake his championship rival at Yas Marina.

Hamilton needs to win Sunday’s race with Rosberg no higher than fourth if he is to become champion. Red Bull team principal Christian Horner said the smart thing for Hamilton to do would be to get in front of his team mate and hold him up.

“I was only just made aware of what Christian had said,” said Hamilton when asked about it during today’s press conference.

Hamilton said his first priority was to ensure he gets ahead of his team mate. “Nico has obviously been on pole for the last two years here, he’s been very quick.”

“This has generally been a relatively strong circuit for me but I have not delivered in the last years so my sole goal is to do so, make sure that I’m at my best this weekend as I have been the last couple of races.”

Hamilton said he will consider his tactical options on Sunday, but holding Rosberg up has “not ever really been my thought process”.

“I always really just try to, if I’m out ahead I want to be as far ahead as possible. Generally when you have a 18, 30 second lead, that’s as painful a blow as you can give to the guy that you’re fighting. So you look at the last race, if we didn’t have red flags, I would have been 30 seconds ahead. Those scenarios for me is more valuable, more of an achievement than backing up your team mate.”

He also pointed out the configuration of the Yas Marina circuit makes it difficult to delay a rival.

“Here, whilst in theory it sounds like it makes a lot of sense, it’s not very practical to do,” Hamilton concluded. “You’ve got two long DRS zones here, it wouldn’t be very easy and very wise to do so.”

Meanwhile Rosberg rebuffed suggestions he could try to take him team mate out of the race to guarantee the title.

“It’s going to be a weekend like any other where I’m going to go for the race win and do what it takes to get that,” he said. “Within the limits of what’s acceptable, of course.”

32 comments on “Backing Rosberg up ‘not practical’, says Hamilton”