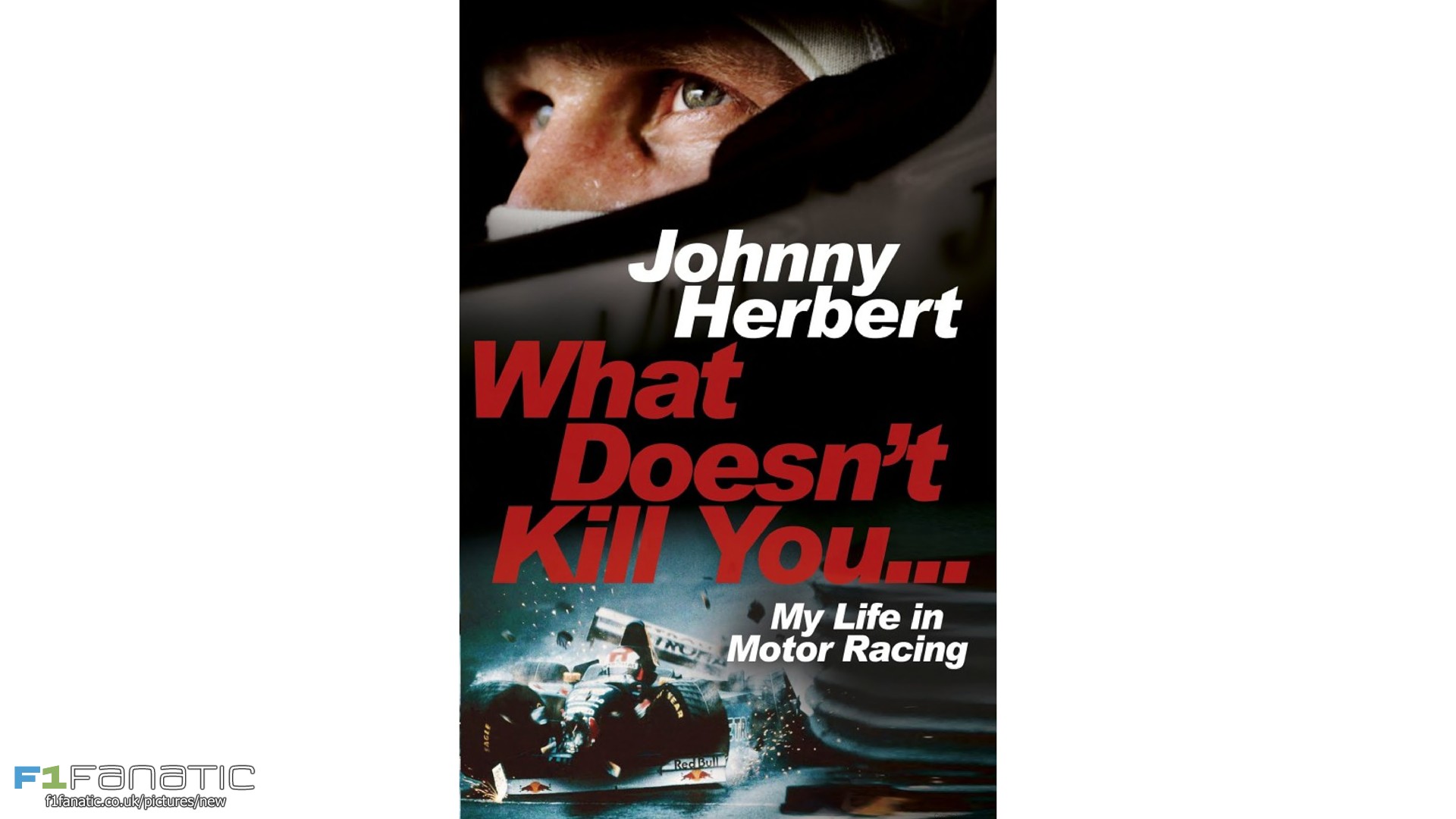 Sometimes a book comes along which surprises you. This is not one of those times.

Those newcomers to Formula One who first learned of Herbert through his his role as Sky television’s chief repeater of questions may be surprised to discover the gritty history of his own motor racing career. He landed an F1 drive while convalescing after a sickening Formula 3000 crash in mid-1988 which almost cost him his feet.

There is no a trace of self-pity in Herbert’s recollection of the brutal aftermath of the crash. “People who’ve labelled me unlucky over the years tend to forget that according to one or two doctors I should never have been driving again, let alone competitively in an F1 car.”

Unsurprisingly, Herbert struggles to find anything positive to say about crash instigator Gergor Foitek. The only person who emerges less well from these memoirs is former Benetton boss Flavio Briatore.

Herbert has few bad words to say about anybody else. It’s not often you discover a book with a positive anecdote about FISA president Jean-Marie Balestre. And he aims plenty of playful jabs at his fellow British racers.

From his early racing days (including one season funded by a drug dealer) to his decade in Formula One (yes, the story about Mika Hakkinen and the bathtub is in here) Herbet’s recollections are packed with remarkable tales.

For some the ‘cheeky’ narrative style will grate, despite having been parsed from Herbertese into English by James Hogg. A bigger problem is the hurried feel to the final chapters: Herbert’s later grand prix years and his post-F1 career needed to be fleshed out in more detail.

But fans of nineties F1 will surely find this one hard to resist. Herbert’s story is honest, rich in self-deprecating humour, and a thoroughly entertaining read. Unless you happen to be called Flavio.

“What Doesn’t Kill You… My Life in Motor Racing”

11 comments on ““What Doesn’t Kill You…”: Herbert’s F1 memoir reviewed”