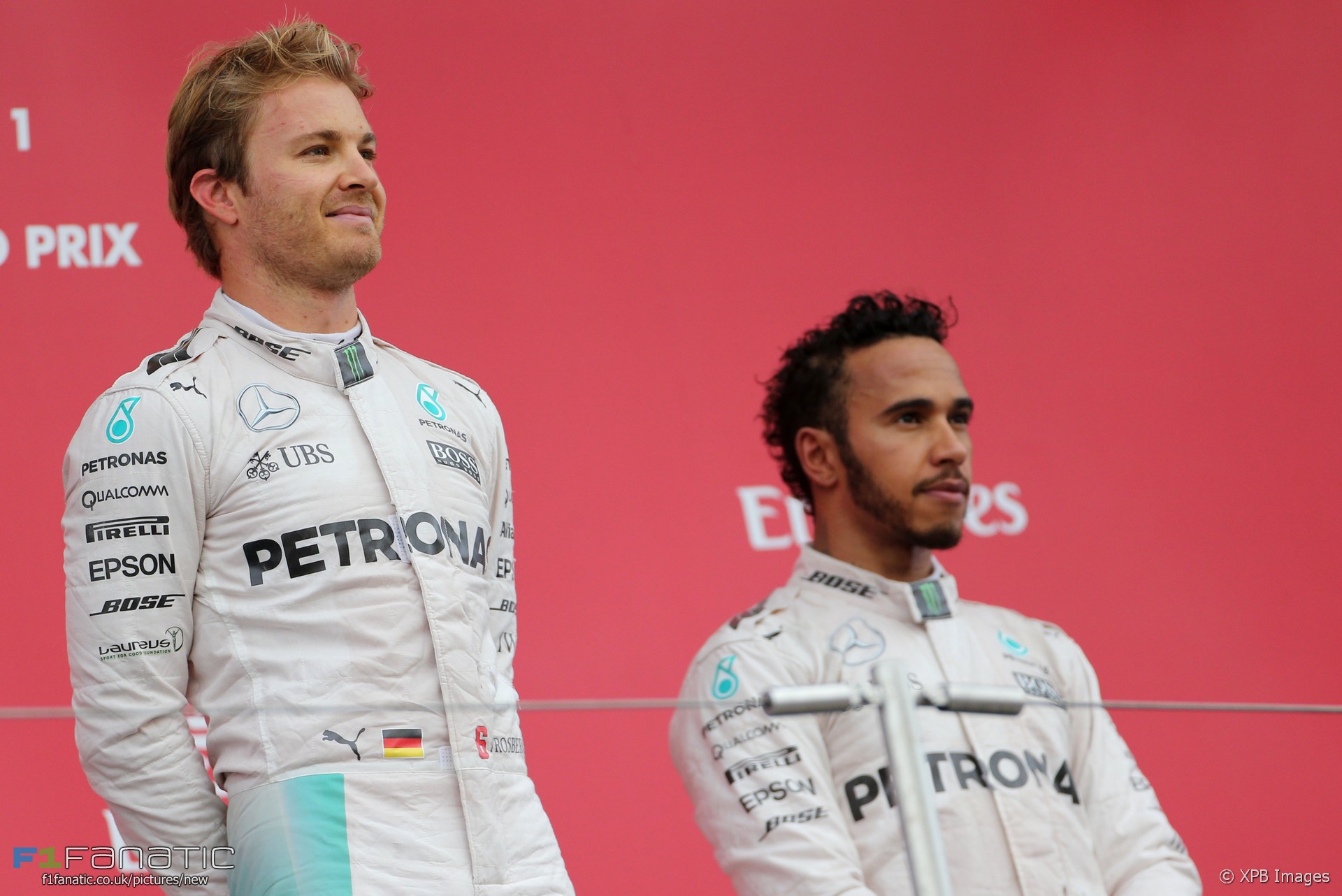 Nico Rosberg’s chances of clinching the world championship in Brazil are much stronger than they were in Mexico.

As Lewis Hamilton was unable to make major inroads into Rosberg’s points lead in Mexico, a win for Rosberg would guarantee him the championship. But he could secure the title by finishing as low as sixth depending on what happens to his team mate.

The table below shows all the possible outcomes of next week’s race at the Interlagos circuit for both drivers. The outcomes in which Rosberg would win the championship are highlighted:

Perhaps the biggest worry for Hamilton is that there are few scenarios in which the championship remains open if he finishes behind Rosberg in Brazil. They all involve both of the Mercedes drivers finishing outside the top two places, something which hasn’t happened all year (see below).

Note that if Rosberg ends the race 25 points ahead of Hamilton he will only have won the championship if he has finished second.

If Rosberg finishes second and Hamilton fourth, Rosberg will be 25 points ahead of Hamilton. But even if Hamilton wins the final race and Rosberg fails to score, meaning they end the year level on points, Rosberg will win the title on count-back. Both will have won nine races but Rosberg will have four seconds to Hamilton’s three.

However in all other outcomes where Rosberg ends the Brazilian Grand Prix 25 points ahead of Hamilton, the championship will remain unresolved. Hamilton will still have a slim chance of winning the title by winning the race while Rosberg fails to score, in which scenario he will win on count-back to third place finishes, by four to two.

In order for Hamilton to go into the final race knowing a victory would secure him the title regardless of where Rosberg finishes, he needs a points lead of at least six. He would achieve this by winning the race while Rosberg finishes fourth.

You can check all possible outcomes to the championship using the F1 Fanatic Points Calculator:

How likely is Rosberg to win the championship in Brazil?

Out of the 19 races so far this season more than half have produced an outcome which, if repeated in Brazil, would secure the title for Rosberg:

The other concern for Hamilton is that Interlagos is one of few circuits where Rosberg has dependably been quicker than him. In their three previous races there as team mates Rosberg has out-qualified and out-raced Hamilton every time.

If Hamilton is going to keep his championship chances alive until Abu Dhabi he will have to produce his best performance yet at Interlagos – a circuit where he has never won in his nine previous appearances.