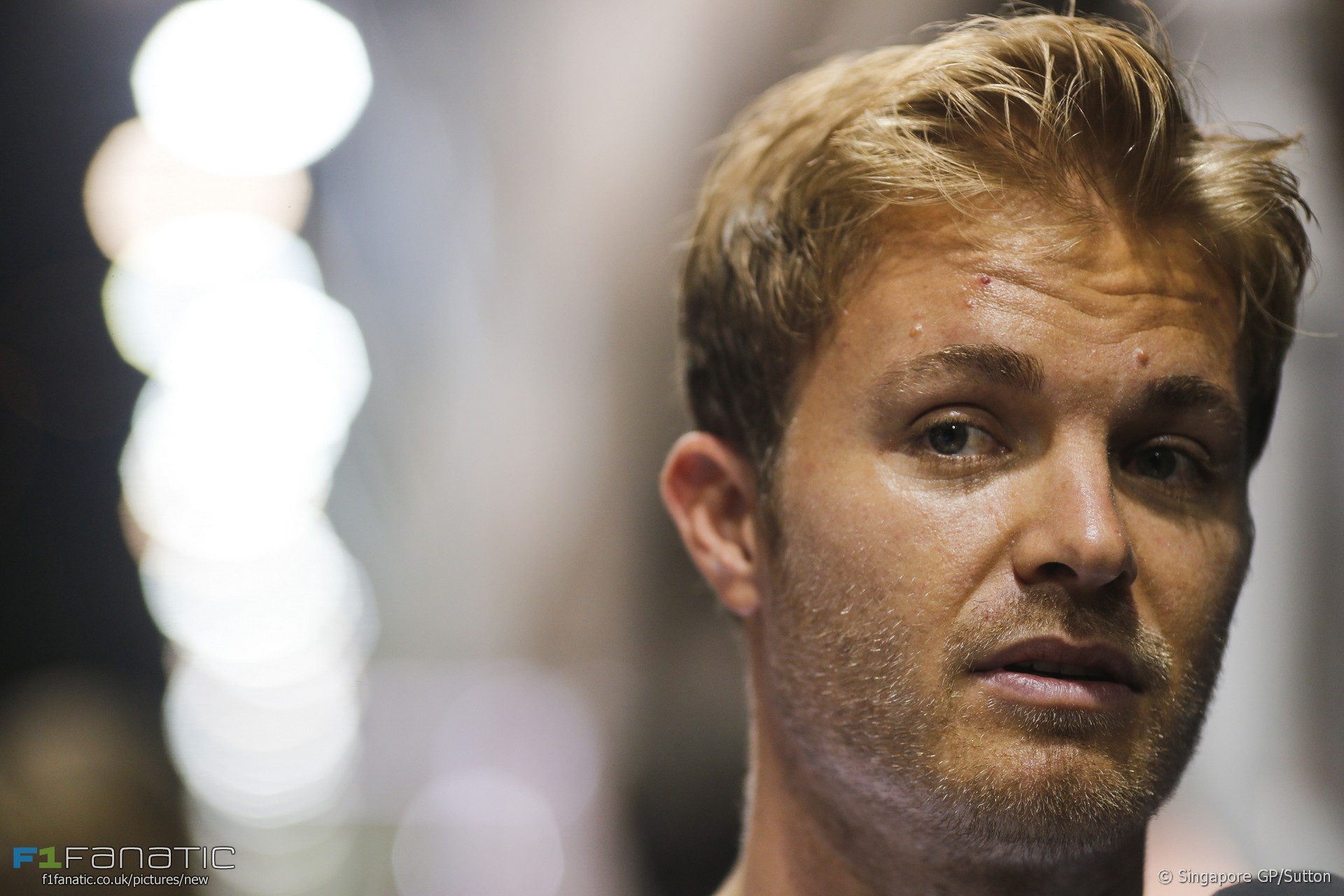 Nico Rosberg says he is not entertaining thoughts of winning the world championship ahead of Sunday’s potentially title-deciding race.

Rosberg has a slim chance to secure the crown this weekend if he wins the Mexican Grand Prix and team mate Lewis Hamilton finishes outside the top nine.

But the points leader says avoiding thoughts of the championship has been a key to his success so far this year.

“My goal is to try and win there just as it has been at every race,” said Rosberg. “Of course, to be in a championship battle at the end of the year is awesome and I’m excited about that. But my approach is to keep it simple.”

“There are many things that can happen during a race weekend which are out of your control, so it’s best to just block all that out and focus on the job at hand. That’s what’s worked best for me and how I feel at my strongest.”

Rosberg won last year’s Mexican Grand Prix which was the first held on the revised Autodromo Hermanos Rodriguez circuit. He described the layout as “like being back at a kart circuit with all the tight corners and the noise”.

“The atmosphere in the stadium section is really phenomenal,” he added. “Standing on that podium last year was one of the best moments of my career, so I hope I can get back up there and experience it again.”