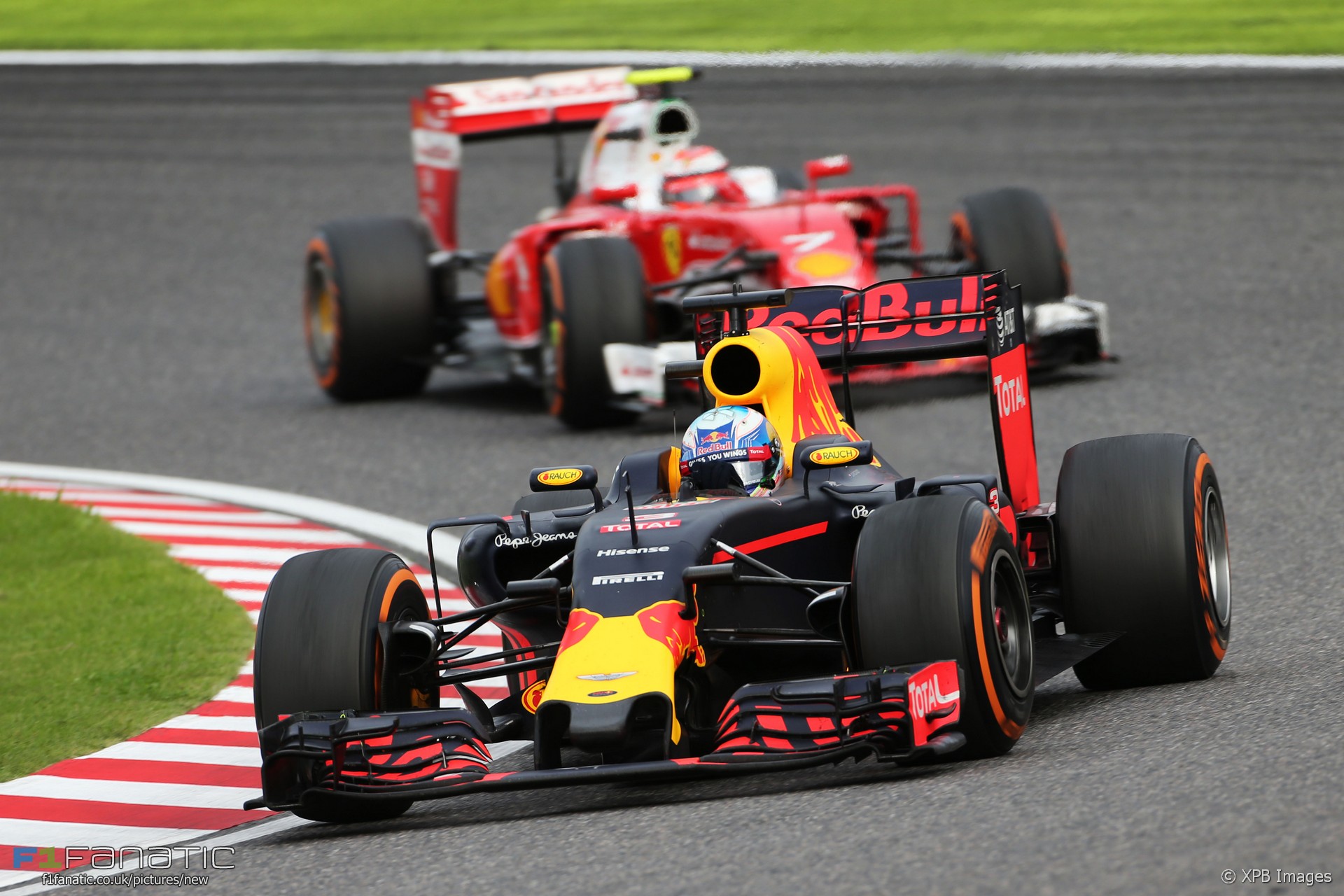 Daniel Ricciardo said Kimi Raikkonen’s gearbox change penalty worked against him as it meant he had to start from the damp side of the track.

The Red Bull driver reckoned that spoiled his start in the Japanese Grand Prix.

“I think Raikkonen’s gearbox penalty this morning was sort of the opposite of a blessing in disguise,” he said. “It put me on the wet side of the grid and it looked like all of us on that inside line struggled the most, especially [Lewis] Hamilton.”

Hamilton said the damp patches on their side of the track didn’t affect his start, which was worse than Ricciardo’s, meaning the Red Bull driver had to dodge around him.

“I don’t think my initial launch was that bad, but then having to go around him I sort of crossed the wet patch and lost out to [Sergio] Perez,” said Ricciardo.

Ricciardo said he also had difficulty following other cars closely.

“We struggled to stay close, just seemed like we couldn’t really follow the cars that well with the dirty air and we didn’t really have the straight line speed to make an attack. We saw [Sebastian] Vettel make quick work of me and the first lap he caught Perez, he got him.”

“We just struggled in traffic today and that was pretty much that. We fell behind the eight ball from that first stint.”

“I didn’t feel there was anything else we could do, it was just sort of circumstances how the race panned out. The last stint we finally got some clean air and it looked like we could put in some quick times at the beginning. But in the end we’d conceded [fifth] and that was it.”