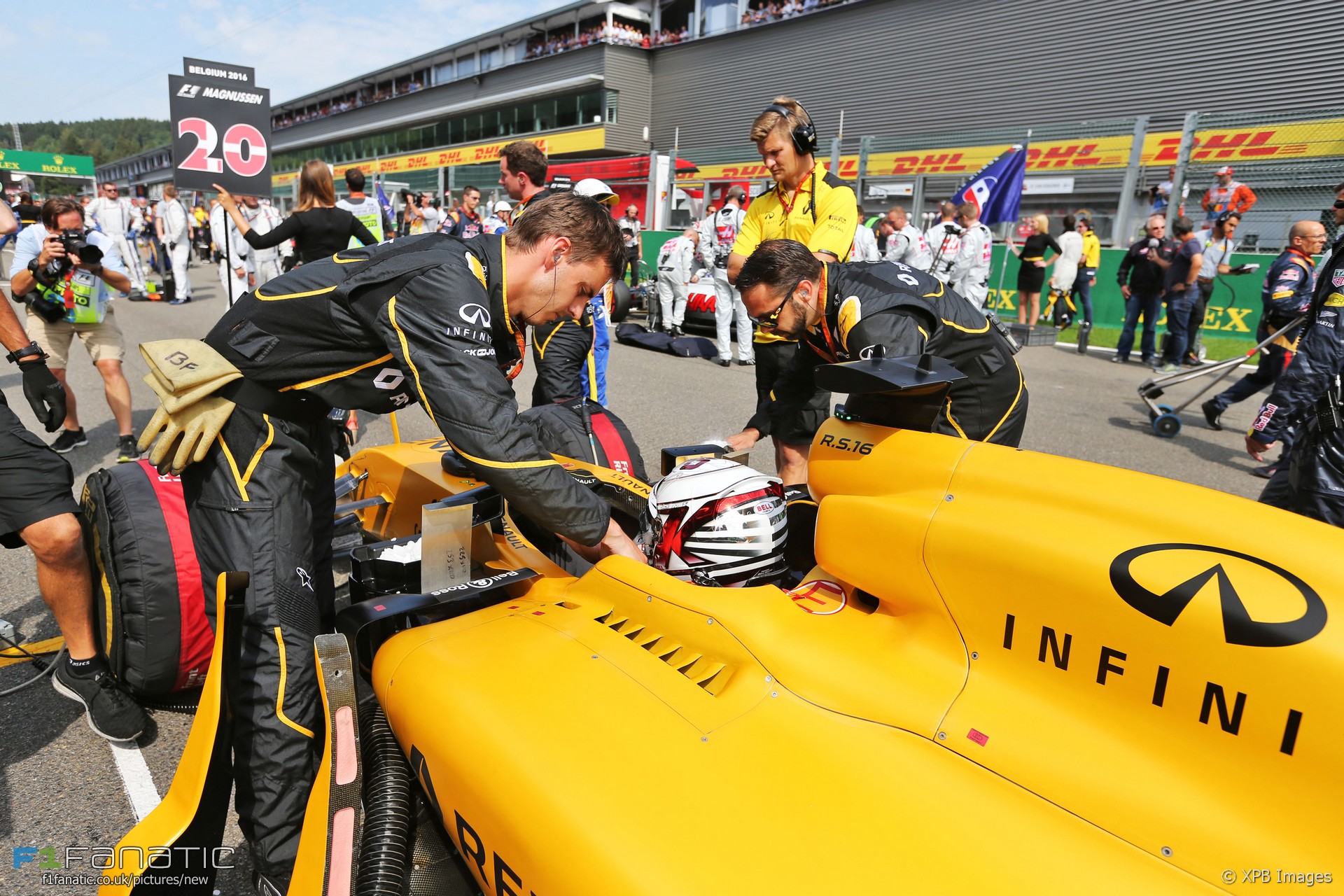 Renault’s Kevin Magnussen has been taken to hospital for treatment after suffering a cut left ankle in a heavy crash in the Belgian Grand Prix.

The Dane lost control of his Renault at the top of Eau Rouge on lap six and spun at high speed into the outside barrier, destroying both his car and the tyre barrier and prompting race control to stop the race temporarily.

Despite being conscious and climbing out of the car unaided, Renault confirmed that Magnussen had been taken to a local hospital for ‘precautionary checks’.

Speaking after the race, Renault Sport Racing Director Frédéric Vasseur said that Magnussen had received medical attention at the circuit medical centre before being taken to hospital

“The first consultation from the medical centre was that Kevin had a small cut to the ankle, but nothing special,” said Vasseur. “But they’ve sent him to the hospital to be sure but it looks okay.”

Asked whether there was a risk Magnussen could miss next weekend’s Italian Grand Prix, Vassuer did not offer any evaluation of a potential need to replace the Dane.

“To be honest I don’t know and I haven’t thought about this,” Vassuer said. “It’s not my first reaction. But his physio is thinking that he will do it.”

31 comments on “Magnussen hospitalised with ankle cut after crash”