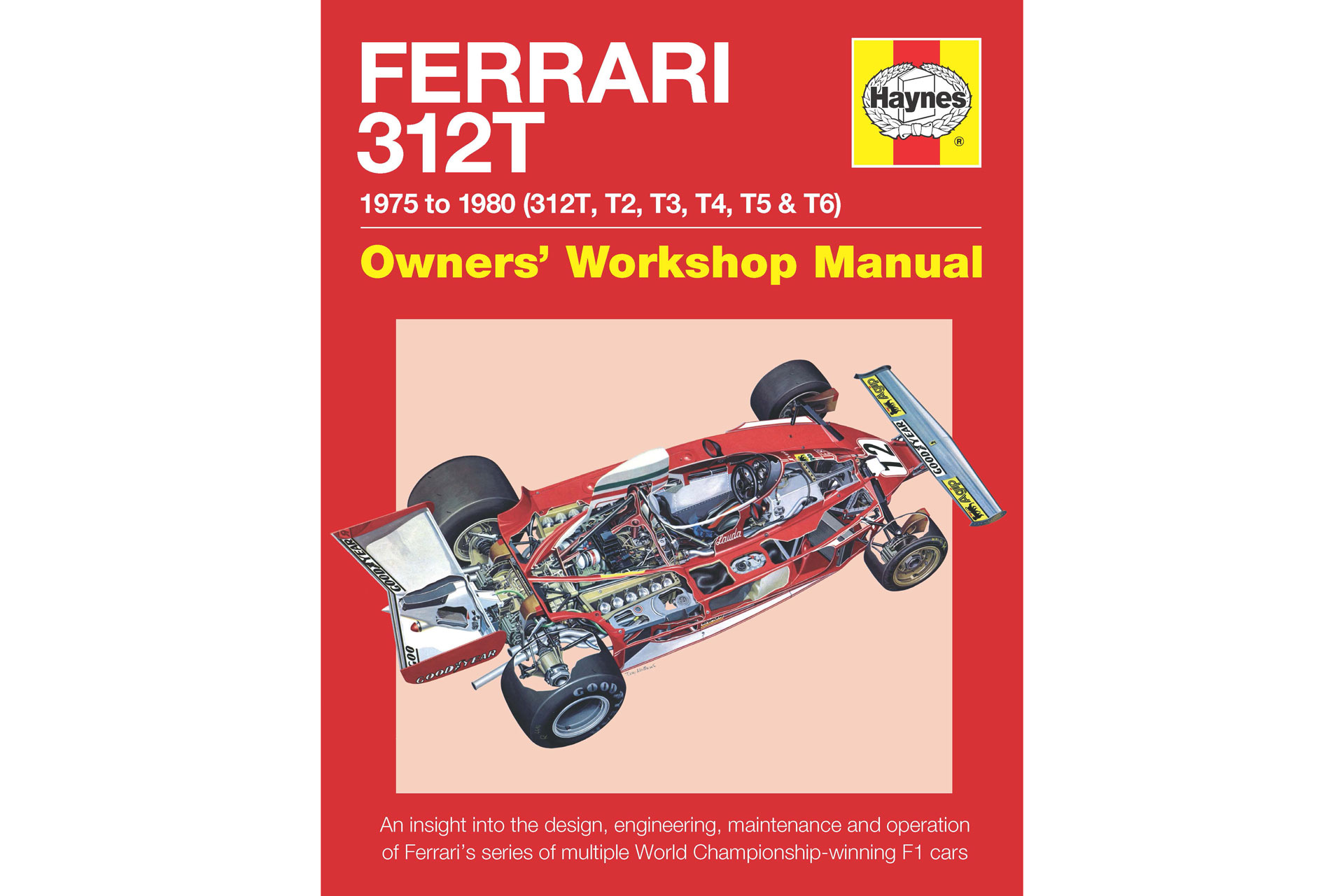 Eight years have passed since Ferrari last won a championship title, and having fallen to third behind Red Bull last weekend they are very unlikely they will end that streak this year.

The team were in a similar position in the mid-seventies until the Mauro Forghieri-designed 312T chassis series brought about one of the team’s periodic revivals. Four constructors’ titles in five years followed while Niki Lauda and Jody Scheckter grabbed a trio of drivers’ crowns.

What the team would give for such a piece of engineering as the 312T today. It makes a great subject for the Haynes’ newest “Owners’ Workshop Manual”.

Haynes clearly know they’re on to a winner with their Formula One versions of their road car reference series. I’ve already got half-a-dozen of these on my shelf, but this is the first to feature a car from F1’s most famous team.

Although various different authors have contributed the text for these books the contents of the latest instalment are instantly familiar. Alongside the technical background and history of this series of cars there’s ample context on the championships it competed in.

Only the over-long section on 1976 feels like padding, even despite a significant omission. Lauda’s near-fatal fiery crash at the Nurburgring Nordschleife, the 40th anniversary of which passed recently, was claimed by some at the time to have been caused by a failure on his 312T2. The innuendo even prompted Enzo Ferrari not to send his cars to the next round of the championship but the whole debate is disappointingly overlooked here.

And while almost every page features at least one picture of a 312T in action or in pieces, the fabled six-wheeled prototype T6 is not depicted despite being mentioned on the cover.

These oversights comes as a surprise in a book which has clearly benefited from a huge amount of research. It even features a guide to every 312T chassis built and = yes – tips on how to buy one.

Interviews with Forghieri himself as well as former sporting director Daniele Audetto further enhance what is on the whole another fine addition to the Haynes’ series, one which should enjoyed by more than just technically-minded F1 fans.