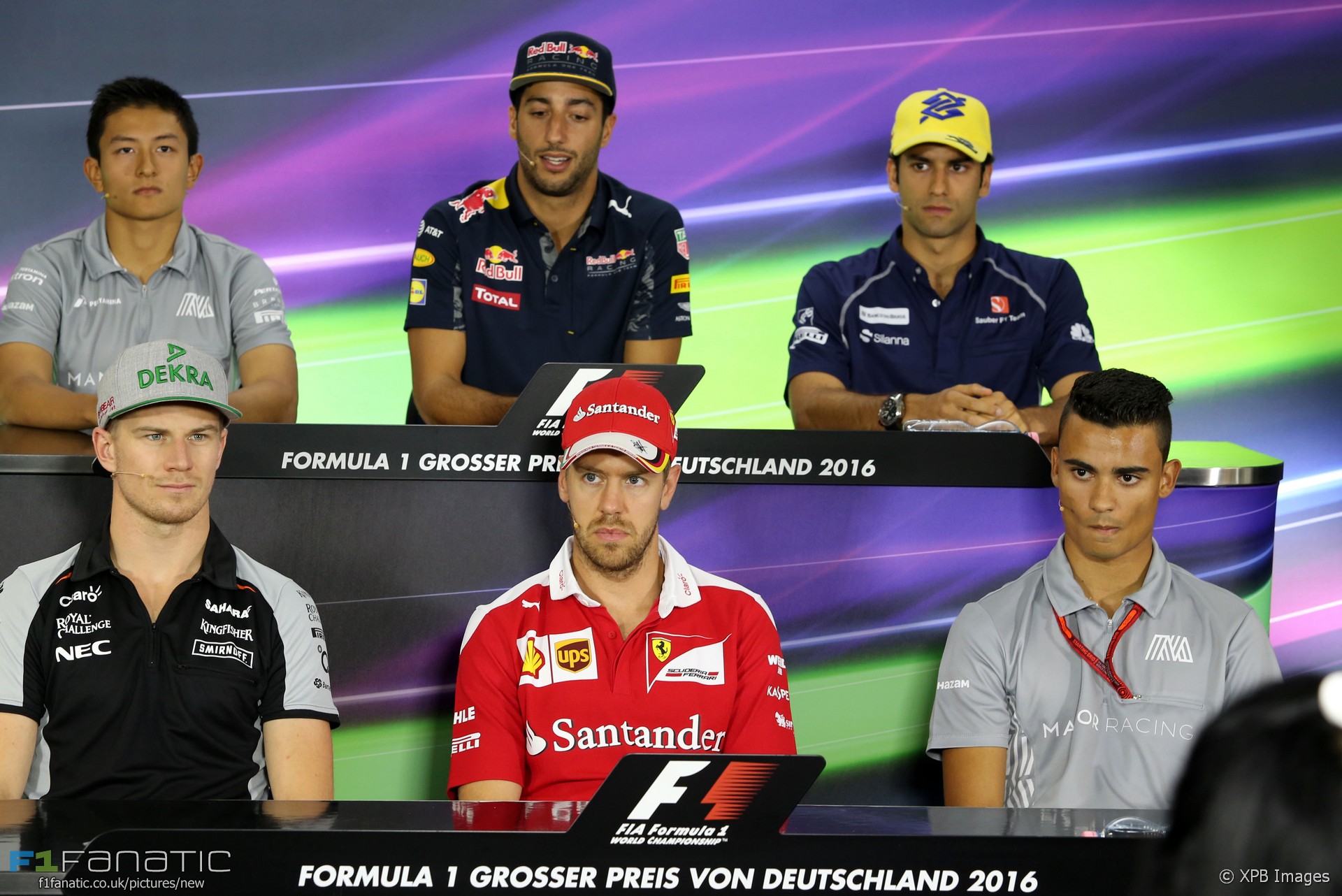 Drivers will raise the subject during tomorrow’s meeting with race director Charlie Whiting after Rosberg took pole position at the Hungaroring after slowing only briefly for a double waved yellow flag warning. Rosberg was cleared following an investigation which ruled he did slow sufficiently for the yellow flags which were displayed after Fernando Alonso spun.

However Daniel Ricciardo, who was also on track at the same time, said he will not change how he responds to double waved yellow flags.

“I couldn’t have done anything different,” said Ricciardo. “Fernando was still on the track. I was prepared to slow down a lot and I had to because he was there.”

“For me, I even get a thing where people go quicker on a single yellow. A double yellow I think there has to be a difference,” he explained.

“When I see a single, sure I slow, but I’m aware that there probably isn’t anyone on the track. But when you see a double it’s a lot more of a stronger sign, you know there’s a bit more going on.

“I think it’s something we’re still going to talk about, discuss and make a bit more clear. There needs to be a big difference.”

Nico Hulkenberg said he expects a lengthy meeting when the subject is raised tomorrow. “I’ll take some food and drinks into that one,” he said. “It’s going to be long.”

“Every double yellow of course means there is some danger and be prepared to stop,” he said. “Every case is different though, it’s difficult also for Charlie and for the outside to judge that incident.”

“If you come around turn eight in Hungary, you look into turn nine so some cars saw Fernando sitting on the kerb there so you know you have to lift, you’re forced because he was right there on the ideal line. I think when Nico came it was clear and it was different. So it is difficult but we all have to have great respect for yellow flags.”

Sebastian Vettel pointed out that advances in timing technology have made it easier for drivers to get away with slowing only very briefly for warning flags.

“But that was verbal, there’s nowhere to find it in the rule book, and basically apply common sense. But then the problem is you leave it up to us, and where is the limit?”

“So you had a guy last weekend, arguably if a lot of other guts were in his shoes we maybe would have done the same, he comes around the corner, sees the double waved yellow, sees the track is clear, obviously then still has a shot at the rest of his lap, where do you draw the line?”

“In the past it was more simple just because you didn’t have the ability with the loops, it was clear, sector two in that case, if you go green or purple you abused the rule. In that sense it made it a lot easier for us in the car now we have to think about how much time you have to lose. And that’s I think what we have to discuss tomorrow and come to an agreement.”