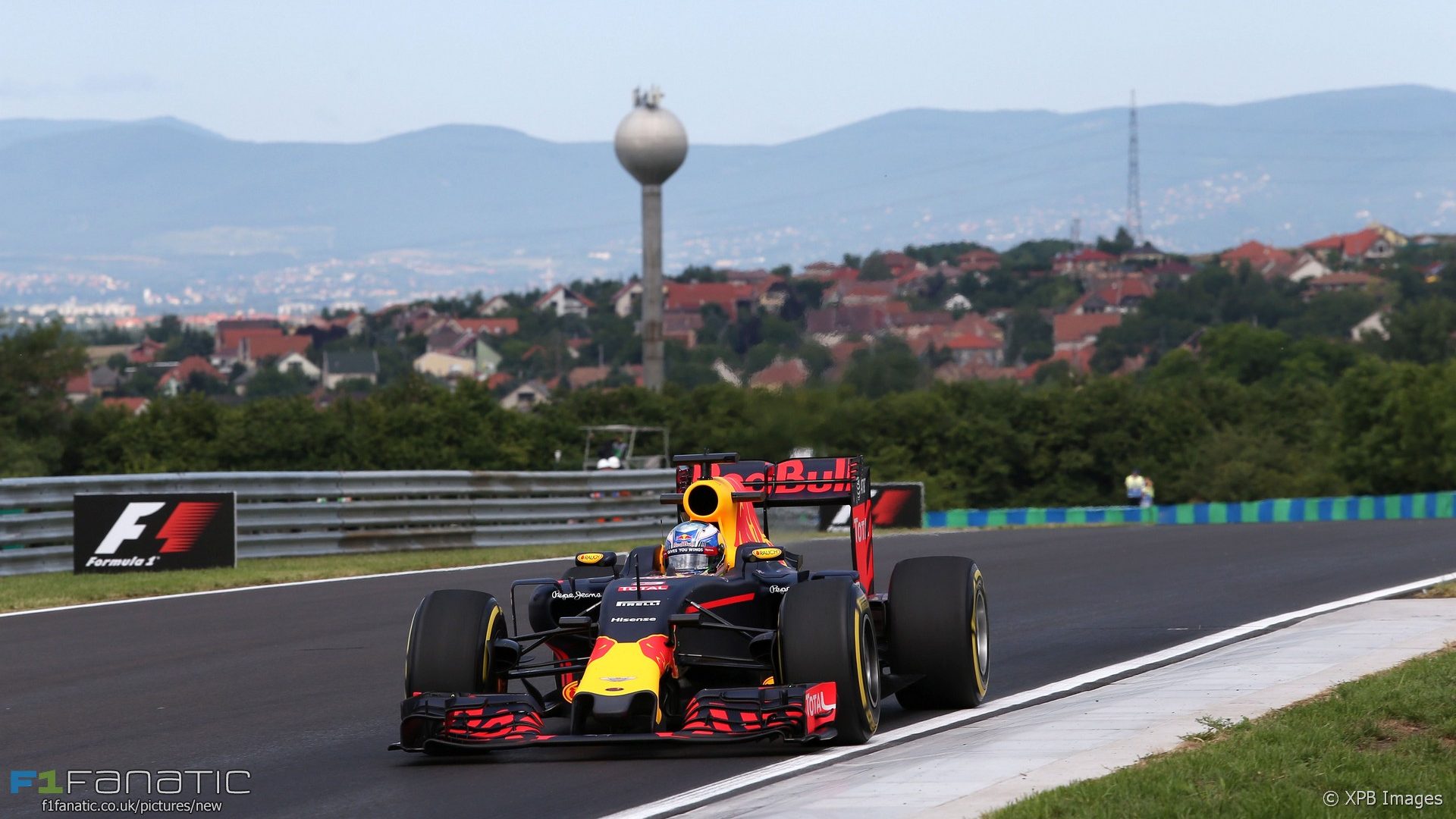 The changes to the Hungaroring haven’t robbed the circuit of its character according to 2014 race winner Daniel Ricciardo.

Yesterday Lewis Hamilton and Sebastian Vettel voiced concerns that the resurfacing and new kerbs at the track would make it too much like other venues on the calendar. However after driving it for the first time today Ricciardo was positive about the tweaks.

“The new track surface isn’t massively different,” said Ricciardo, “it’s a bit smoother but the nature of the track is still the same.”

“I was a little bit worried it would lose some of its character, but I think it’s still much the same. As more cars drive on the track during the weekend, it should come up and get quicker and quicker.”

Red Bull were over half a second slower than Mercedes at a track where they were expected to be close to their rivals. Ricciardo says the team have to target top three” this weekend.

“The last two years we have had podiums here, so three years in a row would be nice,” he said.

“We’re looking pretty good, we’d like to be a bit closer to Mercedes but at the moment we’re sitting sort-of second best, a bit quicker than Ferrari today, so we are more or less where we expected to be,” he added.

“We knew it would be close with Ferrari, so if we can keep our nose in front that would be nice. I think we’re in a pretty good position for a Friday.”