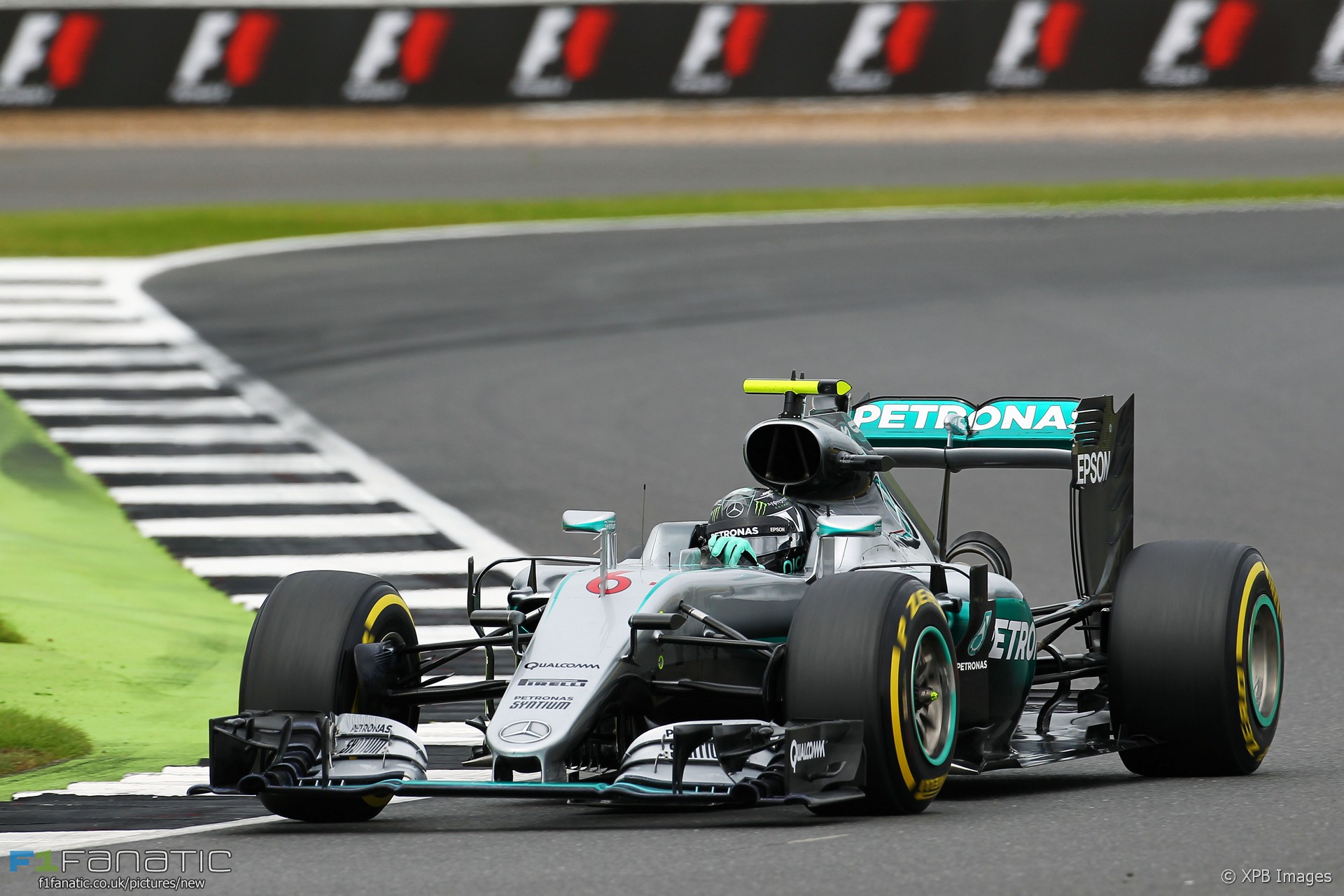 The FIA has issued tougher restrictions on the use of team radios during races ahead of this weekend’s Hungarian Grand Prix.

Following Nico Rosberg’s penalty for receiving assistance via his radio during the British Grand Prix, teams have now been told any message to their drivers indicating a problem with their car must include an instruction to enter the pits.

While teams are still allowed to give an “indication of a problem with the car” the revised rules states “any message of this sort must include an irreversible instruction to enter the pits to rectify the problem or to retire the car”.

Teams can still notify drivers of a problem involving their car’s bodywork without telling them to come into the pits.

The team were made aware of the change on Wednesday via a technical directive, numbered TD/038-16.

The technical directive lists the permitted radio messages from this weekend’s Hungarian Grand Prix as follows:

The following is a list of the permitted messages. Any other message, including any of those below which we suspect has been used as a coded message for a different purpose (including a prompt to a driver), is likely to be considered a breach of Article 27.1 of the Sporting Regulations and will be reported to the stewards accordingly.

1. Acknowledgement that a driver’s message has been heard, this may include repeating the message back to the driver for the sole purpose of confirmation.
2. Indication of a problem with the car, any message of this sort must include an irreversible instruction to enter the pits to rectify the problem or to retire the car.
3. Information concerning damage to the bodywork of the car.
4. Instructions to select driver defaults, this must be for the sole purpose of mitigating loss of function of a sensor, actuator or controller whose degradation or failure was not detected and handled by the on-board software.
It will be the responsibility of any team giving any such instruction to satisfy the FIA technical delegate that this was the case and that any new setting chosen in this way did not enhance the performance of the car beyond that prior to the loss of function (see Article 8.2.4 of the Technical Regulations).
5. Indication of a problem with a competitor’s car.
6. Marshalling information (yellow flag, red flag, blue flag, safety car, virtual safety car, race start aborted or other similar instructions or information from race control). This would include a reminder to switch off the SC “delta time” function after crossing the first safety car line twice from the time the SC was deployed.
7. Passing on messages from race control (this would include a countdown to the start of the formation lap and telling a driver that the last car has taken up position on the grid at the end of the formation lap).
8. Wet track, oil or debris in certain corners.
9. Weather information.
10. Information concerning the driver’s own lap time or sector times.
11. Lap time of a competitor.
12. Helping with warning of traffic and gaps to other competitors during a practice session or race.
13. Instructions to swap position with other drivers.
14. Number of laps or time remaining during a practice session or race.
15. Position during a practice session or race.
16. “Push hard”, “push now”, “you will be racing xx”, “take it easy” or similar (you are reminded about suspected use of coded messages when giving these messages or any words of encouragement).
17. When to enter the pits (or go to the grid during reconnaissance laps), any message of this sort may only be used if the driver is to enter the pits on that lap. Having been told when to enter the pits drivers may also be told to stay out if there has been a change of circumstances. Drivers may also be told what to do once they have entered the pits, e.g. “drive through”, “stop in the box”, “practice pit stop”, “into the garage” or similar information related to the pit stop.
18. The driver’s own race pit stop strategy as well as those of his competitors, this is limited to the timing of pit stops and which tyres will be (or have been) used. For the avoidance of doubt, no car or power unit set up may be included in any such strategy discussion.
19. Reminders to use the pit speed limiter, change tyre settings to match the tyres fitted to the car or to check for white lines, bollards, weighbridge lights when entering or leaving the pits.
20. Driving breaches by team driver or competitor, e.g. missing chicanes, running off track, time penalty will be applied etc.
21. Notification that DRS is enabled or disabled
22. Dealing with a DRS system failure.
23. Oil transfer.

100 comments on “Radio rules toughened up ahead of Hungarian GP”