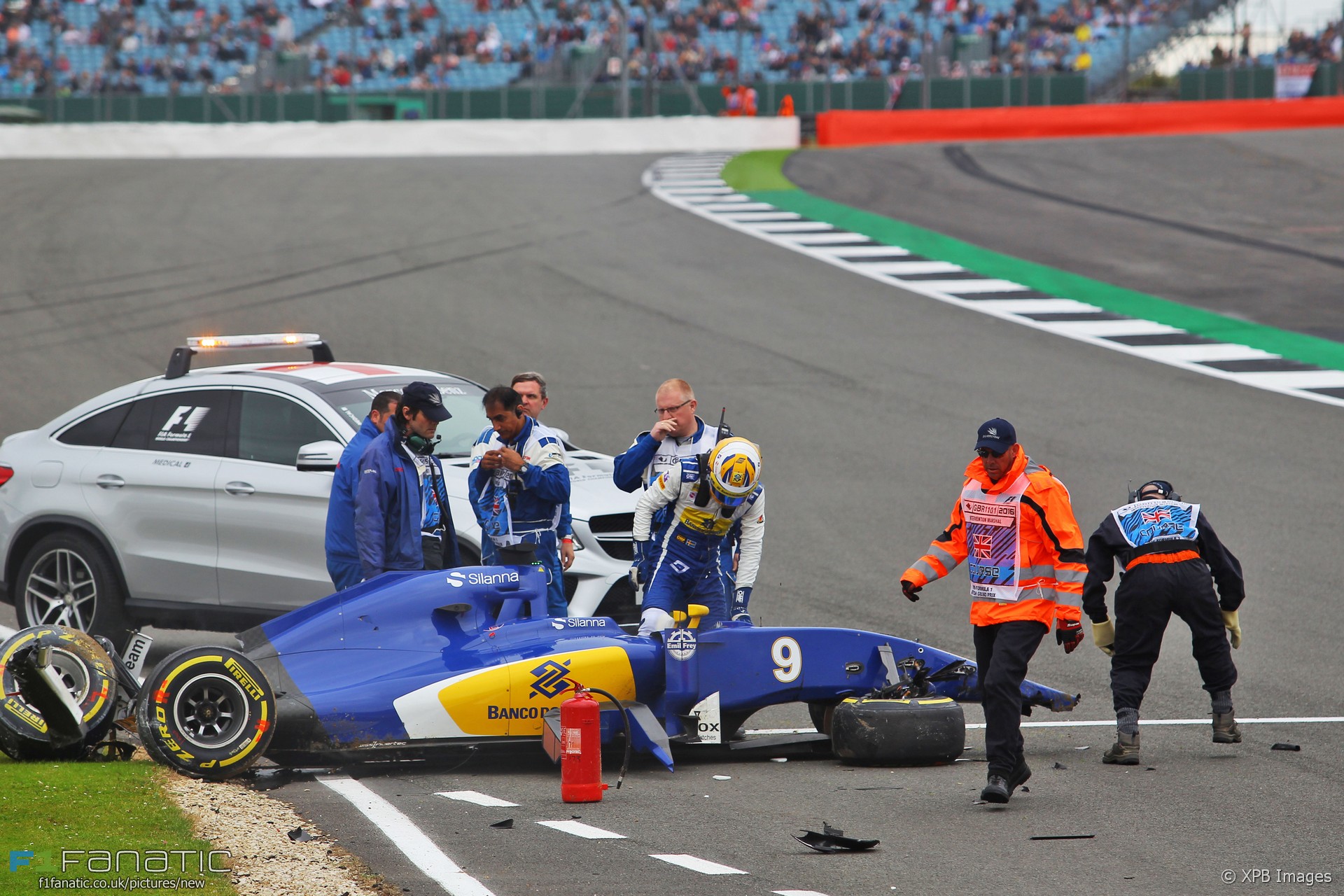 Marcus Ericsson has been taken to hospital following his crash during the final practice session at Silverstone.

His Sauber team said on social media “he is on the way to a hospital for routine check-ups”.

Ericsson crashed heavily at the exit of Stowe corner with around 20 minutes remaining in the final session. Practice had begun on a damp circuit and Ericsson appeared to lose control of his car on the kerb at the exit of the corner.

The Sauber spun to the inside of the circuit and had a heavy front-on impact with a tyre barrier before spinning around and damaging the rear of the car. Ericsson’s steering wheel came off in the impact.

Ericsson was seen being checked over by the medical team on the scene following the crash. His participation in the qualifying session which begins in little over an hour remains in doubt.

3 comments on “Ericsson taken to hospital after practice crash”